The Census Bureau reports retail sales rose for a fourth consecutive month, up 0.2% in July. Retail sales missed economist expectations of a 0.3% rise, but June month was revised up. 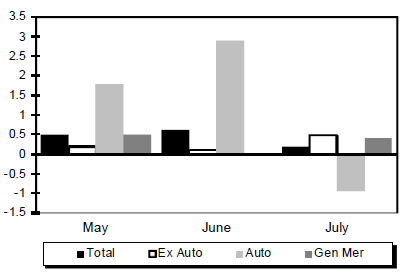 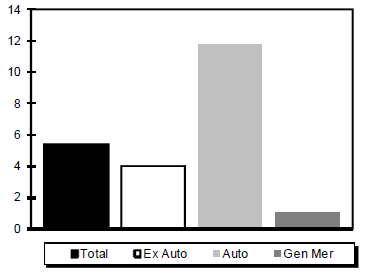 I am not sure how much longer auto sales will lead retail sales, but sooner or later, a huge plunge is in store.

With mortgage rates generally tied to the 10-year treasury yield, housing is already under pressure from the rise in treasury yields.

Overall, retail sales were strong enough to push treasury yields back towards the July high.

The next three charts show treasury yields multiplied by 10. Shift the decimal point one digit to the left for an accurate read. 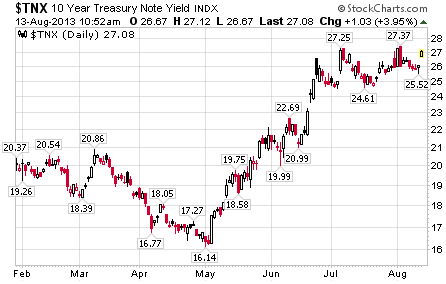 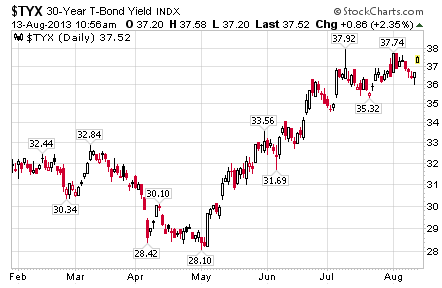 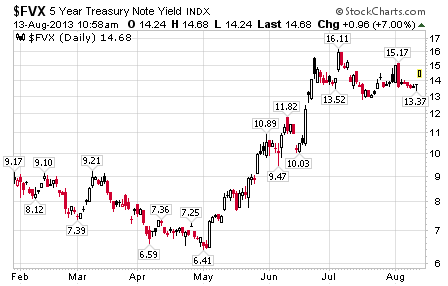 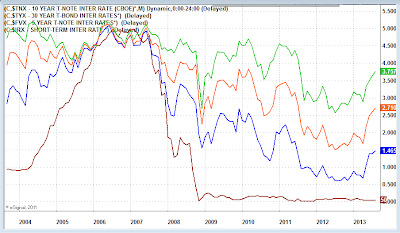 Federal Reserve Chairman Ben S. Bernanke in September will trim the Fed’s monthly bond buying to $65 billion from the current pace of $85 billion, according to a growing number of economists surveyed by Bloomberg News.

Half of economists held that view in the July 18-22 survey, up from 44 percent in last month’s poll.

After today's rise in treasury yields, that number is likely more than 50% and/or the expected tapering amount greater than $20 billion.

It will be interesting to watch the Fed's reaction when housing and autos slump, the stock market takes a hit, and treasury yields continue to rise in the next few months.