Full-Time Employment Down Over 5 Million Since 2007 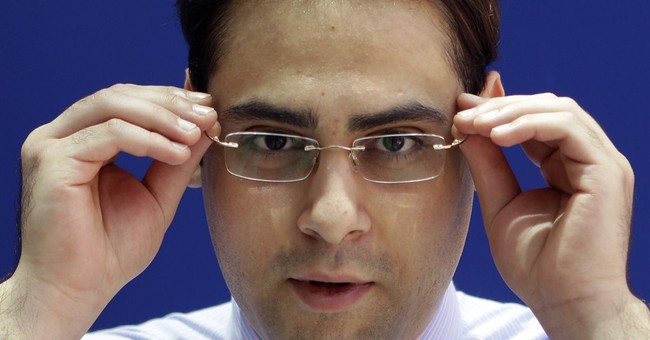 Here are some clips from the fascinating PEW study.

In 2012, 36% of the nation’s young adults ages 18 to 31 the so-called Millennial generation—were living in their parents’ home, according to a new Pew Research Center analysis of U.S. Census Bureau data. This is the highest share in at least four decades and represents a slow but steady increase over the 32% of their same-aged counterparts who were living at home prior to the Great Recession in 2007 and the 34% doing so when it officially ended in 2009.

A record total of 21.6 million Millennials lived in their parents’ home in 2012, up from 18.5 million of their same aged counterparts in 2007. Of these, at least a third and perhaps as many as half are college students. 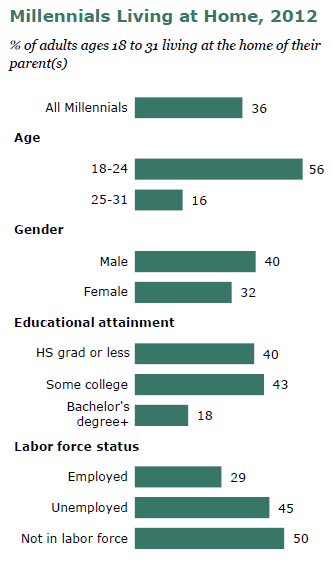 The steady rise in the share of young adults who live in their parents’ home appears to be driven by a combination of economic, educational and cultural factors. Among them: 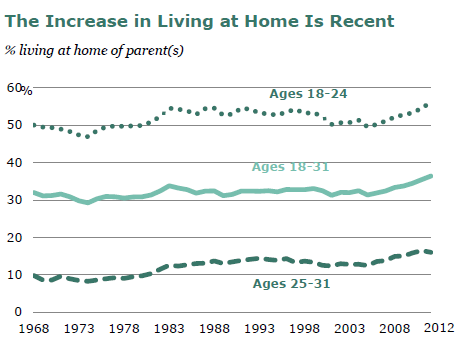 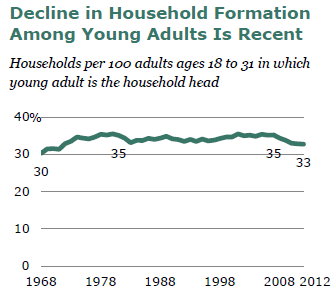 Married Residing in Own Household Plummets 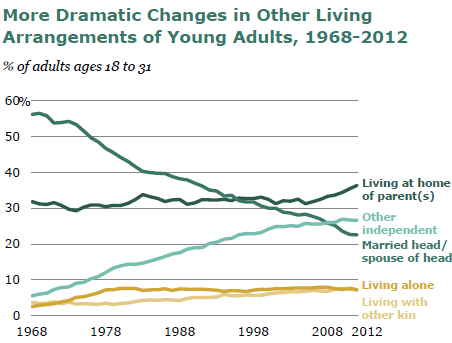 Bernanke wants 2% inflation in a deflationary world. Wages have not kept up with inflation as Fed policies exacerbate the trends.

The result is apparent. Everyone pays the price, but especially Young adults who cannot afford to get married, and they certainly cannot afford a house.

The Fed wants home prices up to help out the banks, but what about the new household formation? And what about student loans and the ability to pay those loans back?

And think about how cheap money allows corporations to borrow money for next to nothing to buy technology to replace humans with hardware and software robots.

Trends noted by PEW and predicted in this corner at least six years ago are structural long-lasting trends.

Those expecting a huge pickup in inflation, a spike in US GDP, or a big boom in housing based on misguided perceptions of "pent-up housing demand", fail to understand how Fed boom-bust and bank-bailout policies preclude such outcomes.

An Analysis of July Employment Numbers 1955 to 2013; Full-Time Employment Down Over 5 Million Since 2007

Reader Tim Wallace provides another excellent set of graphs on employment as shown below. 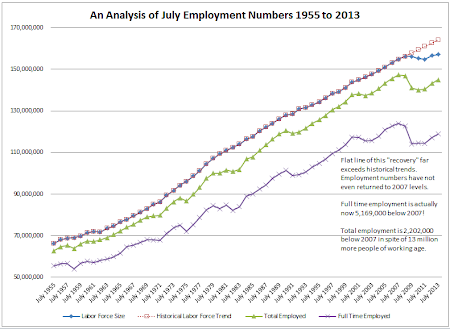 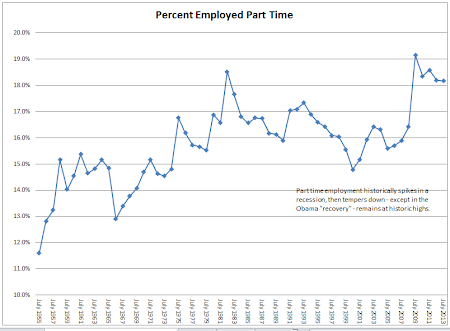 Wallace writes: "The past five years are near or above the previous all time high set back in 1982. These five years are all in that abysmal range. No other year comes close. I expect things will get worse as the year continues."