NSA Tool Collects "Nearly Everything You Do On the Internet"; Targeting Journalists; What Google Knows About You; Warrantless Cellphone Tracking Upheld 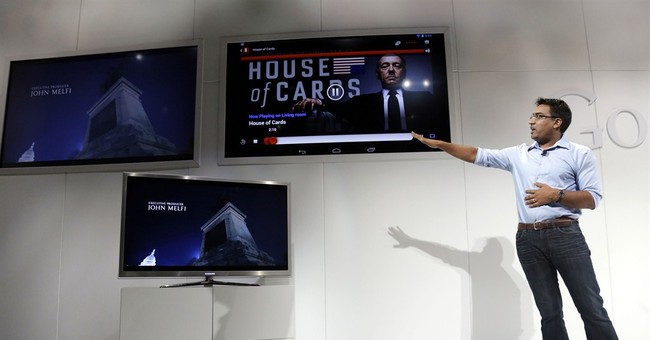 Today I offer a quartet of news stories on the NSA, widespread targeting of Journalists even by New Zealand, broad cellphone tracking, and a synopsis of what Google knows about you.

Let's kick off with the GuardianXKeyscore: NSA tool collects 'nearly everything a user does on the internet'.

A top secret National Security Agency program allows analysts to search with no prior authorization through vast databases containing emails, online chats and the browsing histories of millions of individuals, according to documents provided by whistleblower Edward Snowden.

The NSA boasts in training materials that the program, called XKeyscore, is its "widest-reaching" system for developing intelligence from the internet.

XKeyscore, the documents boast, is the NSA's "widest reaching" system developing intelligence from computer networks – what the agency calls Digital Network Intelligence (DNI). One presentation claims the program covers "nearly everything a typical user does on the internet", including the content of emails, websites visited and searches, as well as their metadata.

The purpose of XKeyscore is to allow analysts to search the metadata as well as the content of emails and other internet activity, such as browser history, even when there is no known email account (a "selector" in NSA parlance) associated with the individual being targeted.

Analysts can also search by name, telephone number, IP address, keywords, the language in which the internet activity was conducted or the type of browser used.

William Binney, a former NSA mathematician, said last year that the agency had "assembled on the order of 20 trillion transactions about US citizens with other US citizens", an estimate, he said, that "only was involving phone calls and emails". A 2010 Washington Post article reported that "every day, collection systems at the [NSA] intercept and store 1.7 billion emails, phone calls and other type of communications."

Pater Tenebrarum on the Acting Man blog writes about the Targeting of Investigative Journalists and those opposed to the War in Afghanistan.


There are seemingly constantly new revelations about extremely questionable practices employed by the security apparatus. The latest comes from 'five eyes' partner New Zealand, which not too long ago had to admit that its spooks illegally spied on Kim Dotcom to help the FBI make an example of the man in the context of copyright enforcement (we have previously discussed the case of Dotcom, who is accused of breaking laws that apparently don't even exist).

New Zealand's reaction to this embarrassment was, as you may have guessed, to introduce new legislation that will henceforth legalize domestic spying. In the meantime, its security apparatus seems not really deterred by the embarrassment caused to it by the Dotcom case and continues to engage in  highly dubious surveillance activities, actively aided and abetted by US intelligence services. The target in the latest case was an investigative journalist working for McClatchy. Here is an excerpt from an article on the matter by the CPJ, [the Committee to Protect Journalists]. We want to direct your attention especially to the final paragraph below, which is quite chilling:

“Concern over government surveillance of journalists has washed up on the faraway shores of New Zealand, with a report in the country's Sunday Star this week asserting that the military there, with help from U.S. intelligence, spied on an investigative journalist who had been critical of its activities in Afghanistan.

Compounding concerns about the New Zealand military's targeting of journalists, the Sunday Star reported that a confidential military training manual drafted in 2003 lists investigative journalists as one of the top threats to state security–up there with terrorists and hostile foreign intelligence groups. A military official in New Zealand acknowledged the existence of the manual on Monday, referring to it as "inappropriate and heavy-handed," and ordered a revision to remove any references to journalists, news reports said.”

Whether or not they remove the references to journalists from their training manual, the mindset is clear – this is what they actually believe: “Investigative journalists are one of the top threats to state security–up there with terrorists and hostile foreign intelligence groups.”

We have to admit that this is actually true – in a dictatorship. In allegedly free countries, investigative journalists are usually deemed to be among the people who help seeing to it that they remain free.

Via reference from ZeroHedge, please consider pressure cookers, backpacks and quinoa, oh my!


It was a confluence of magnificent proportions that led six agents from the joint terrorism task force to knock on my door Wednesday morning. Little did we know our seemingly innocent, if curious to a fault, Googling of certain things was creating a perfect storm of terrorism profiling. Because somewhere out there, someone was watching. Someone whose job it is to piece together the things people do on the internet raised the red flag when they saw our search history.

Most of it was innocent enough. I had researched pressure cookers. My husband was looking for a backpack. And maybe in another time those two things together would have seemed innocuous, but we are in “these times” now.

I was at work when it happened. My husband called me as soon as it was over, almost laughing about it but I wasn’t joining in the laughter. His call left me shaken and anxious.

What happened was this: At about 9:00 am, my husband, who happened to be home yesterday, was sitting in the living room with our two dogs when he heard a couple of cars pull up outside. He looked out the window and saw three black SUVs in front of our house; two at the curb in front and one pulled up behind my husband’s Jeep in the driveway, as if to block him from leaving.

They walked around the living room, studied the books on the shelf (nope, no bomb making books, no Anarchist Cookbook), looked at all our pictures, glanced into our bedroom, pet our dogs. They asked if they could go in my son’s bedroom but when my husband said my son was sleeping in there, they let it be.

45 minutes later, they shook my husband’s hand and left. That’s when he called me and relayed the story. That’s when I felt a sense of creeping dread take over. What else had I looked up? What kind of searches did I do that alone seemed innocent enough but put together could make someone suspicious?

They mentioned that they do this about 100 times a week.

All I know is if I’m going to buy a pressure cooker in the near future, I’m not doing it online.

I’m scared. And not of the right things.

We found out through the Suffolk Police Department that the searches involved also things my husband looked up at his old job. We were not made aware of this at the time of questioning and were led to believe it was solely from searches from within our house.


In a significant victory for law enforcement, a federal appeals court on Tuesday said that government authorities could extract historical location data directly from telecommunications carriers without a search warrant.

The closely watched case, in the United States Court of Appeals for the Fifth Circuit, is the first ruling that squarely addresses the constitutionality of warrantless searches of historical location data stored by cellphone service providers. Ruling 2 to 1, the court said a warrantless search was “not per se unconstitutional” because location data was “clearly a business record” and therefore not protected by the Fourth Amendment.

For now, the ruling sets an important precedent: It allows law enforcement officials in the Fifth Circuit to chronicle the whereabouts of an American with a court order that falls short of a search warrant based on probable cause.

“This decision is a big deal,” said Catherine Crump, a lawyer with the American Civil Liberties Union. “It’s a big deal and a big blow to Americans’ privacy rights.”

Cellphone privacy measures have been proposed in the Senate and House that would require law enforcement agents to obtain search warrants before prying open location records. Montana recently became the first state to require a warrant for location data. Maine soon followed. California passed a similar measure last year but Gov. Jerry Brown, a Democrat, vetoed it, saying it did not strike what he called the right balance between the demands of civil libertarians and the police.

What Google Knows About You

Tyler Durden at Zerohedge has an interesting post What Google Knows About You.

It's safe to assume Google knows everything you have ever searched for, every address you looked up on Google, every email you sent, every chat message, every YouTube video you watched. It's also safe to assume every entry is time-stamped, so it’s clear exactly, down to the minute, when all of this was done, and where you were at when you did it.

The data can and will be used against you, in many imaginable ways, and in some ways you may not have remotely conceived, such as how searching for pressure cookers may get you an unexpected call from the terrorist police.

My friend Pater Tenebrarum commented via email "The alleged 'separation of powers' is increasingly revealed as a sham - in the end, you have the government 'controlling' and 'limiting' itself."