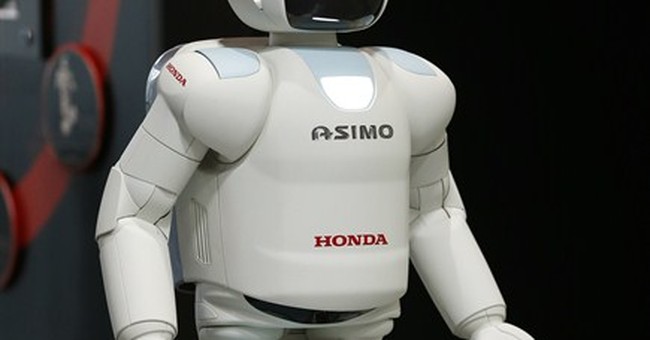 A Gallup Poll on US Payroll Employment for Age Group 18 to 29 shows Fewer Young Adults Holding Full-Time Jobs in 2013.

Younger Americans Less Likely to Have Full-Time Work Now, Regardless of Education

The lack of new hiring over the past several years given a recovering economy seems to have disproportionately reduced younger Americans' ability to obtain full-time jobs. On the other hand, Americans aged 30 to 49 this June were, at 61.4%, about as likely to have a full-time job as they were in June of each of the prior three years.

The slow economy of recent years has limited new hiring. This has likely increased the percentage of older Americans with jobs, as companies may be placing a greater value on their experience and productivity and as older workers decide to continue to work when given the opportunity to do so. It also may suggest that far fewer workers are retiring voluntarily. In turn, this may imply that the current labor participation rate will increase, as those who involuntarily left the workforce return in greater numbers than expected once the U.S. economy begins to grow significantly.

CARTOONS | Margolis & Cox
View Cartoon
These results are not surprising. Here is a snip from my May 1, 2008 post on the Demographics Of Jobless Claims

Ironically, older part-time workers remaining in or reentering the labor force will be cheaper to hire in many cases than younger workers. The reason is Boomers 65 and older will be covered by Medicare (as long as it lasts) and will not require as many benefits as will younger workers, especially those with families. In effect, Boomers will be competing with their children and grandchildren for jobs that in many cases do not pay living wages.

And so here we are. Boomers are competing with their children and grandkids for jobs. Demographics are awful. And the ramifications of an aging workforce with fewer workers than ever vs. retirees puts stress no only on public union pension plans, but also on Social Security.

The migrant worker agricultural jobs that few legal US citizens are willing to do for the price farmers are willing to pay will vanish within a decade as robots will soon be able to perform even those tasks cheaper.

On a windy morning in California’s Salinas Valley, a tractor pulled a wheeled, metal contraption over rows of budding iceberg lettuce plants. Engineers from Silicon Valley tinkered with the software on a laptop to ensure the machine was eliminating the right leafy buds.

The engineers were testing the Lettuce Bot, a machine that can “thin” a field of lettuce in the time it takes about 20 workers to do the job by hand.

The thinner is part of a new generation of machines that target the last frontier of agricultural mechanization – fruits and vegetables destined for the fresh market, not processing, which have thus far resisted mechanization because they’re sensitive to bruising.

Researchers are now designing robots for these most delicate crops by integrating advanced sensors, powerful computing, electronics, computer vision, robotic hardware and algorithms, as well as networking and high precision GPS localization technologies. Most ag robots won’t be commercially available for at least a few years.

On the Salinas Valley farm, entrepreneurs with Mountain View-based startup Blue River Technology are trying to show that the Lettuce Bot can not only replace two dozen workers, but also improve production.

“Using Lettuce Bot can produce more lettuce plants than doing it any other way,” said Jorge Heraud, the company’s co-founder and CEO.

The Lettuce Bot uses video cameras and visual-recognition software to identify which lettuce plants to eliminate with a squirt of concentrated fertilizer that kills the unwanted buds while enriching the soil.

Blue River, which has raised more than $3 million in venture capital, also plans to develop machines to automate weeding – and eventually harvesting – using many of the same technologies.

Another company, San Diego-based Vision Robotics, is developing a similar lettuce thinner as well as a pruner for wine grapes. The pruner uses robotic arms and cameras to photograph and create a computerized model of the vines, figure out the canes’ orientation and the location of buds – all to decide which canes to cut down.

In southern California, engineers with the Spanish company Agrobot are taking on the challenge by working with local growers to test a strawberry harvester.

The machine is equipped with 24 arms whose movement is directed through an optical sensor; it allows the robot to make a choice based on fruit color, quality and size. The berries are plucked and placed on a conveyor belt, where the fruit is packed by a worker.

End of the Migrant Worker

Technology is about to take over America's fruited plains - robots, it seems, are all the rage down on the farm, and their introduction and spread will make human farm work a thing of the past.

Right now hordes of migrant workers tend to "America's Salad Bowl," located in sunny California, as they have for the past 100 years. But the coming machines will usher in the end of an era.

And many farmers are welcoming the technological advances. They see bots as easing the illegal immigration problem, increasing productivity at less cost (which could be passed onto consumers even as farm profits are bolstered), boost quality and provide a more consistent product.

"Almost three-fourths of all U.S. hired farm workers are immigrants, most of them unauthorized. The U.S. food system - particularly fruit and vegetable production - depends on immigrants more than any other sector of the U.S. economy," says a report by the Bread for the World Institute.

Robots will cost plenty - for the largest farming operations, millions of dollars - but farm operators say the expense will be worth it.

Still, there is much research and development to be done. Right now, bots - machines in general - are clumsy and bulky. They are not always able to detect when fruit and vegetables are ready to be harvested or picked. They can't always detect between produce and leaves. And they don't have the dexterity of a seasoned farm worker.

Machinery and machine technology has made farming easier and more efficient for centuries. The development continues.

"This is a mess": White House, Dems feud expands over eviction-moratorium failure
Hotair
ESPN Writer Wonders Why People Don't Like Megan Rapinoe and I Have Thoughts
Redstate