Despite What You've Heard, Unemployment Rate Rising not Falling

In Unemployment Rate Dips to 8.6% as 487,000 Drop Out of Labor Force I presented some quick facts on the drop in the unemployment rate.

Thus, 6,278,000 people are unaccounted for in the unemployment numbers based on historical averages.

I am sure it is just coincidence, but it is interesting to note that the flat lining of the labor force began in earnest with the Obama administration. 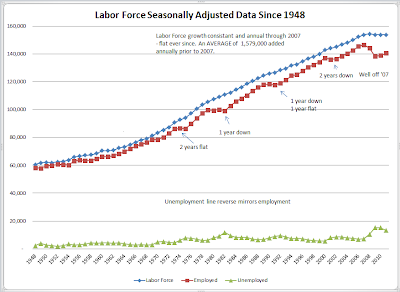 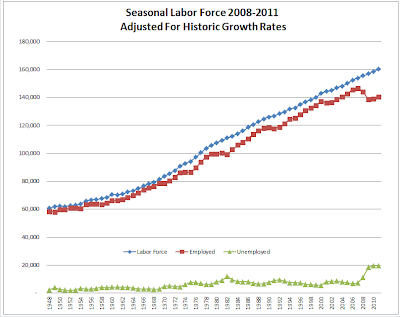 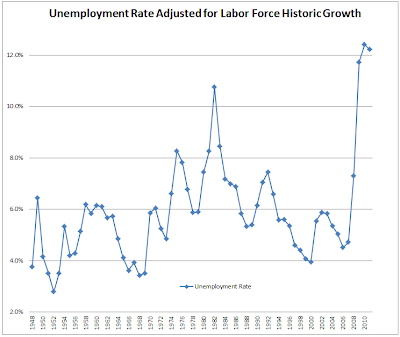 Due to boom demographics, a slowing rate of increase in the labor force was to be expected. Instead the bottom has fallen out for 3 years.

Those who think the economy is improving based on the falling unemployment rate are looking at a statistical mirage based on an extremely atypical and prolonged drop in the labor force.