Yahoo!Finance reports Most of the unemployed no longer receive benefits

Early last year, 75 percent were receiving checks. The figure is now 48 percent -- a shift that points to a growing crisis of long-term unemployment. Nearly one-third of America's 14 million unemployed have had no job for a year or more.

Congress is expected to decide by year's end whether to continue providing emergency unemployment benefits for up to 99 weeks in the hardest-hit states. If the emergency benefits expire, the proportion of the unemployed receiving aid would fall further.

Congress has extended the program nine times. But it might balk at the $45 billion cost. It will be the first time the Republican-led House will vote on the issue. 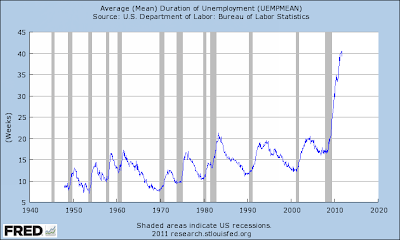 Extending the program will not do any good for those who have already used up 99 weeks. The maximum is still 99 weeks. At the state level, the number of weeks varies.
CARTOONS | Margolis & Cox
View Cartoon 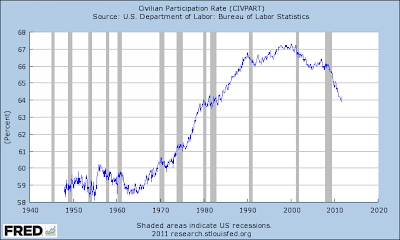 The participation rate is the percentage of working-age persons in an economy who are employed (or unemployed and actively seeking a job).

Demographics (the aging workforce) affects the number, as does those going to college (or staying in college) because they cannot find a job. Those in school and not working are not considered unemployed as they are not part of the work force.

Interestingly, if the students (or anyone else) work as little as 1 paid hour per week, they are considered employed.

I believe a significant number of those who do use up all their unemployment benefits drop out of the labor force to collect retirement benefits. Such persons want a job but stop looking and go on early retirement just to have some money coming in.

There are no official statistics on the early retirement idea that I just stated.

The falling participation rate and the not counting as unemployed of those who want a job but gave up looking for jobs out of frustration has artificially suppressed the reported unemployment rate.

Table A-15 of the monthly jobs report is where one can find a better approximation of what the unemployment rate really is. 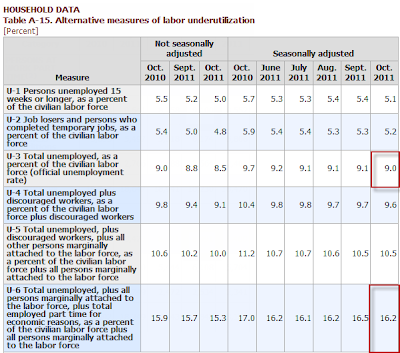 For more details of the latest jobs numbers, please see US Payrolls Rise by 80,000, Unemployment Rate Drops .1% to 9%; Recap and Analysis.