A Champion of Economic Freedom 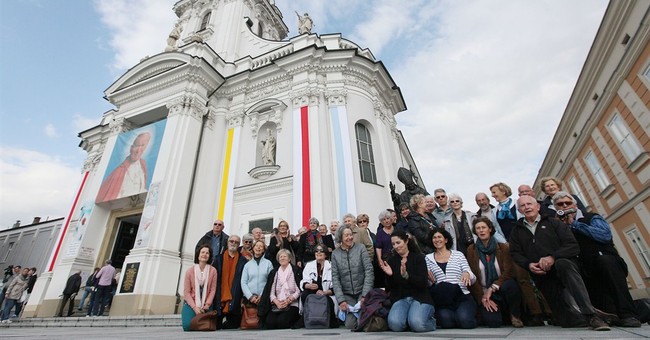 It is easy to become discouraged about the U.S. economy: slow economic growth, rising debt, the massive weight of government spending, taxes, and regulation. Few politicians from either party seem willing to take the difficult stands necessary to address the out-of-control growth of government

It’s worth recalling, though, that other countries have been in even worse shape and gotten out of it. Often all it takes is bold free-market policies and political leaders with the courage to carry them out.

Wednesday night, one of those leaders, former Polish deputy prime minister and finance minister Leszek Balcerowicz, will be honored with the Cato Institute’s biennial Milton Friedman Prize for Advancing Liberty.

When Balcerowicz became deputy prime minister and minister of finance in 1989, Poland’s economy, like those of most Eastern European countries, was a basket case. The country’s debt exceeded two-thirds of its GDP. Inflation ran as high as 250 percent per year. Both national income and productivity were declining, while basic consumer goods were often in short supply.

Balcerowicz rejected Keynesianism, choosing instead policies dubbed by both supporters and opponents as “shock therapy.” Prices were deregulated, and Balcerowicz balanced the budget by slashing government spending. State-owned enterprises (SOEs) were sold off: Almost 1,900 were directly privatized in the first half of the decade, and many more were liquidated or had to declare bankruptcy because they were inefficient and unable to compete in a market economy. The sales and closings removed these distortions from the economy.

Balcerowicz vigorously pursued a free-trade agenda, cutting tariffs and other import barriers. He was an early advocate of social-security privatization and helped set the stage for the introduction of privately invested personal accounts as part of Poland’s national pension system.

It was not a painless process, of course. Initially, unemployment spiked. Economic output continued to decline, driven in part by former state enterprises that failed to adapt to market competition. There were protests. Political opponents both inside and outside Poland attacked him. The EU and other institutions told him to alter his policies. His political popularity plummeted. Yet Balcerowicz refused to change course.

Within a few years, Poland was on the road to recovery. By 1992, just two years into the Balcerowicz plan, inflation had been largely tamed. Shortly thereafter, the economy began to grow again. Foreign investment has poured into the country, with some 6,000 foreign firms opening operations since 1990. In the years since Balcerowicz implemented his reforms, Poland’s real GDP has doubled, and today the average Polish income is roughly equivalent to that of Portugal.

Balcerowicz’s second stint as deputy prime minister, from 1997 to 2000, was not as successful, as political opponents were able to block a number of his proposed reforms, such as the introduction of a flat tax. However, in 2000 he was appointed governor of Poland’s central bank, where he became known for his refusal to pursue monetary stimulus. By the time he left, seven years later, inflation had been reduced to less than 2 percent. More important, Poland was one of the few European countries able to avoid both the housing bubble and the subsequent recession.

Unfortunately, few countries have been willing to follow such a program. Even subsequent Polish regimes have backtracked on many of Balcerowicz’s reforms. But those nations that have adopted some form of shock therapy have generally fared much better than those that have muddled through.

Balcerowicz himself has contrasted the experiences of what he refers to as the BELLs (Bulgaria, Estonia, Latvia, and Lithuania) with that of the troubled PIIGS (Portugal, Ireland, Italy, Greece, and Spain). The BELLs took immediate steps in response to the recession, significantly cutting spending in an attempt to get debt and deficits under control. The PIIGS muddled through with tax increases, some spending cuts spread over a number of years, and stimulus in some cases. While the BELLs all saw an initial contraction, they recovered quickly, and their economies have emerged stronger than those of most other countries in the region.

Balcerowicz’s experience proves two things. First, market economics outpaces state interventionism at almost every turn. But even more important, Balcerowicz shows that a leader willing to stick to principles can effect serious change. True, he worked within the system, achieving the possible and compromising when necessary. But he was also willing to make difficult and even unpopular decisions when necessary.

If a few more of our politicians learned that lesson, there would be more light at the end of our economic tunnel.

This article appeared in the National Review (Online) on May 21, 2014.

Terry Crews Has Chosen a Hill to Die On