Glenn Beck Abandons the Fight for a Conservative Republican Party 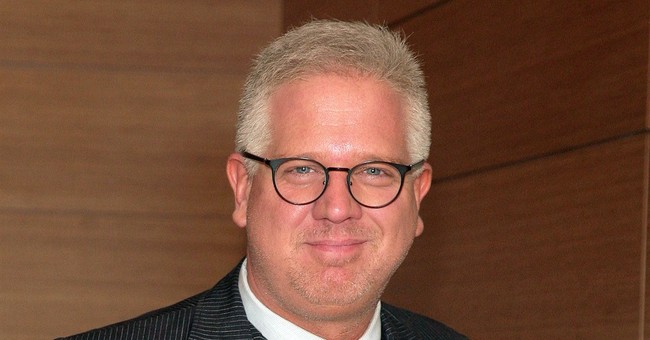 Glenn Beck announced that he is leaving the Republican Party. And, unfortunately, he’s not alone. Of course it’s a little unclear why people believe that leaving the Party will somehow effect change within the Party, but it’s still a common reaction among frustrated conservatives. Showing a clear and obvious disdain for the small group of GOP establishment leaders, Beck made his exit on Wednesday’s radio broadcast:

There’s nothing quite like ideological snobs, is there? Oh sure… Beck’s frustration is understandable. In fact, most conservatives share his frustration. (Heck, until I finally saw John Boehner and Nancy Pelosi in the same room, I actually thought they might have been the same person.) But, the Republican Party is not an idea… It is merely a vehicle for ideas. And the ideas driving that vehicle are largely determined by the people who actually show up within the Party.

I’m really sorry that the nation’s second-oldest political party (Happy Birthday to the GOP, by the way) doesn’t walk in lockstep with the ramblings of a bombastic radio host, but they’re even less likely to appeal to his conservative values if he and his like-minded listeners rip up their registration cards. After all, if conservatives decide to start skipping caucuses and precinct meetings, there is bound to be a Jeb Bush fan showing up in their place.

“All this stuff that they said and they ran and they said they were doing all of these great things and they were going to stand against Obamacare and illegal immigration. They set us up… They set us up. Enough is enough. They’re torpedoing the Constitution, and they’re doing it knowingly.”

Well… In all fairness, Glenn, most Republicans are doing exactly what they promised. Heck, 167 Republican congressmen voted against John Boehner’s plan to grant Obama the funding needed for executive amnesty. I might not be brought up to speed on the new common-core math, but according to traditional metrics that’s roughly 2/3rd of the House Republicans doing exactly what they campaigned to do. Maybe you should call up John Boehner and ask him if he wants to go with you, because it looks to me like he’s already well on his way toward abandoning the Party.

Nice defeatist attitude, Glenn. Here’s a quick question: If we’re incapable of changing one meager political party, how could it be even marginally possible to change the nation? If the Establishment of the GOP is too entrenched to overcome with activism, involvement, and tenacity, then isn't the entire establishment of Washington DC pretty much a lost cause? And while the GOP leadership might still be a problem (really, what’s new about that?) the Party in general seems to be getting back to its more conservative roots.

The truth is that the world has always been run by the people who show up. Why should the GOP be any different? How it is run, however, will be determined not by the pundits who abandon the Party, but by the people that stick around to fight.