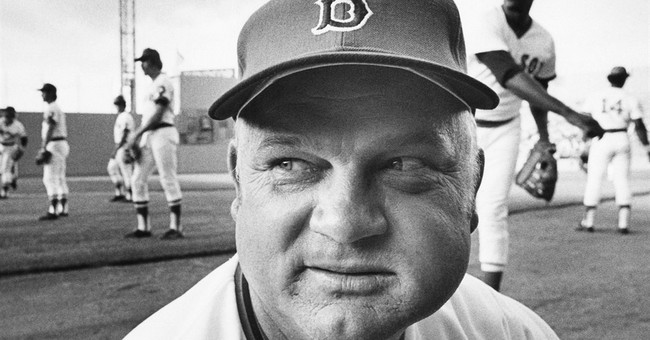 Well, it’s official: Democrats try to ruin everything that is fun. A group of California Nannycrats are pushing to make smokeless tobacco illegal for major league baseball players. I know… It’s like banning BBQ on the Fourth of July. Not only is it borderline sacrilegious, but it’s horrifically intrusive. While we’re at it, we should ban high capacity sodas, nacho cheese, and inappropriate scratching; right? According to RawStory.com:

Major League Baseball players would be banned from using chewing tobacco at games in California under a bill expected to be introduced in the state legislature on Tuesday, the first in a nationwide campaign planned by anti-tobacco activists.

Hooray. Those steroid taking Arnold-Schwarzenegger-wannabes who play a game for a living won’t set the horrible example of taking a dip of Copenhagen snuff. I know I feel much better about my child’s odds of growing up to be a well-adjusted (substance free) multimillionaire athlete.

The Bill would ban the use of all tobacco products at baseball stadiums in California, including dipping, chewing, smoking, and even e-cigarettes. (Because nothing sets a worse example for kids than inhaling a little water vapor from an electronic nicotine vaporizer.) It would also require signage to be posted (right next to the “no guns” sign) at every ballpark in the state.

Ostensibly, the bill is aimed at curbing the pro-tobacco message major league dippers inadvertently broadcast to their young fans. Now, I know it seems crazy, but education might be slightly more impactful than some overreaching big-government regulation. And education, by the way, doesn’t come from a casual observance of major league sports. It comes primarily from parents. Apparently California Democrats, however, believe the parents take a back seat to overbearing government regulations.

For some reason, I’m reminded of “Thank You For Smoking”…

I mean, seriously… We’re banning dip from Baseball? Hell, why don’t we go ahead and make it a rule that crying is mandatory.

Yes… We should encourage kids to stay away from chewing Copenhagen. But it doesn’t really seem that government has a right to influence the possible inclinations of an upcoming generation by regulating the legal behavior of aging generations. After all, shouldn’t we all just be happy that MLB players aren’t sucking down unfiltered Lucky Strikes while swigging on their Jack Daniels bottle? (Yeah… That used to be a thing. Smoking and drinking was what people actually did at the game.)

The intentions of the Nannycrats are undoubtedly honorable… But we’re talking about government regulating the (otherwise) legal habits of consenting adults in a public venue. And for what? So “kids” won’t have to see a “Skoal ring” in the back pocket of a Major League pitcher?

It might be time for liberal Nannycrats to wander back into their own lives and consider the possibility that their personal parenting skills are more responsible for a child’s actions than some famous ballplayer. If a home-team star has more sway over the behavior of your kid than an active and engaged parent, then you have problems far more pressing than the tobacco use of MLB players.

Then again, I guess we should just be happy that California still allows teams to actually win and lose. In a few years they’ll probably be making sure every team gets a pennant while celebrating with non-alcoholic (organic) carbonated cider.