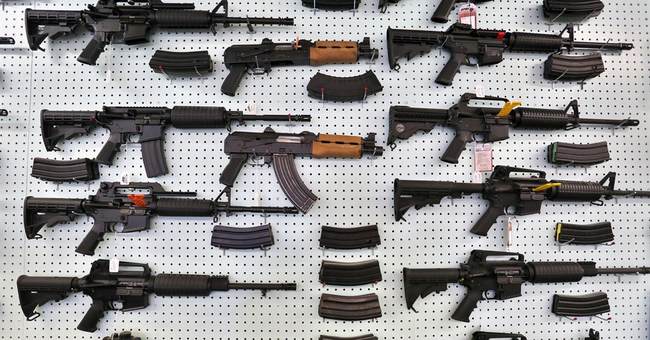 Bad news for Michael Bloomberg: It turns out that Americans really like guns. While most of the focus for Black Friday is on the half-priced TVs, and Victoria Secret sales, a sizeable portion of Americans decided to head to their local gun store and pick up a new firearm. After all, nothing says “Merry Christmas” quite like an AK47 with a red and green bow on it. (Hint, hint, wink, wink.)

Black Friday is known for being the biggest domestic shopping day of the year – and the firearm industry doesn’t generally miss out. On a typical day, the National Instant Criminal Background Check System processes about 58,000 background checks for firearm transfers. Last year, Black Friday surged to 145,000 checks. And this year is expected match or exceed last year’s numbers. According to CNN, that’s roughly three gun purchases every second. (God, I love America.)

And while this news is undoubtedly driving Bloomberg & Co into a state of deep depression, advocates of gun-ownership should be encouraged. The greatest way to preserve the freedoms enumerated in the Second Amendment is to expand the culture of firearm ownership; and that seems to be exactly what is happening across the nation.

During the gun-boom years of Obama’s reelection, the target market for firearms grew substantially. The ocean of gun enthusiasts, hobbyists, and casual owners has been permanently expanded over the course of the last few years. Concealed carry has grown in popularity, and a number of states have been forced to reform their laws to be more tolerant of the firearm ownership. The market for concealed carry firearms, and firearms with a greater emphasis on self-defense, has been expanded greatly, providing massive opportunity for corporate growth within the industry.

And while diamonds might be “a girl’s best friend”, she probably wouldn’t mind having the tools necessary to protect her new jewelry this December. Women have been a sizeable portion of the “new customers”. This largely ignored sector of the gun-owning public is growing exponentially; and will provide savvy businesses with endless opportunities to cash in on a niche market.

But most importantly, gun ownership seems to be contagious. People who have firearms often tend to be evangelical about their rights. This means that as new gun control schemes are pushed (and they will be) more booms can be expected, and an expansion of the market will be inevitable. After all, let’s not forget that Obama has promised to “do what he can” without Congress to erode Second Amendment rights; and Michael “Nanny” Bloomberg has promised to spend tens of millions of dollars to help elect anti-gun politicians. Unfortunately for these Hoplophobes, the number of lawful gun owners is set to tick upward after December 25th of this year.

And so the holiday season is officially underway now that Black Friday madness has come and gone… Enjoy the season; and keep an eye open for that next big sale at the gun store!