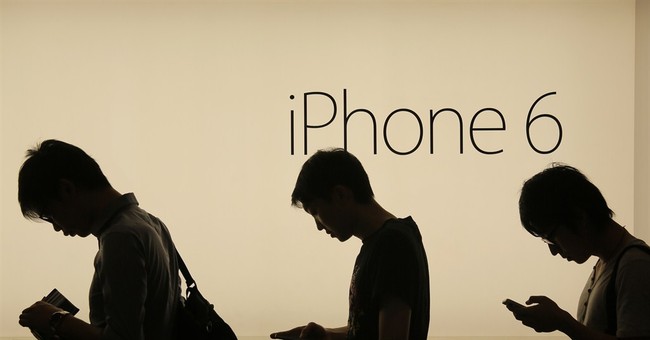 Apparently, Apple’s problem (who knew the world’s most profitable company had a problem?... I mean, aside from bendable i-phones?) is that their executives are all “old white guys.” According to Yahoo Finance, the tech sector (in general) is suffering from a minority deficiency.

According to Yahoo Finance, you just can’t help but notice that Apple events are essentially one long “parade of middle-aged white guys who came on stage to reveal the company’s latest and greatest.” Strong words for a website that regularly features Henry Blodget, Aaron Task, and Ben Stein. (And Henry Blodget is even barred from the securities exchange for life. . . Yet he still gets air time on Yahoo. Maybe Yahoo should branch out to the Charles Paynes and Ben Carsons of the world?)

The article goes on to bemoan the fact that women and minorities seem absent from the tech executive field. Of course, no one can point to any sort of actual discrimination. After all, it’s not as if the companies are swarming with minorities that are routinely denied promotions. . . They simply don’t have a high percentage of minority representation on their boards.

Which isn’t surprising – given that minorities (by their very nature) will comprise a small portion of the overall hierarchy. Keep in mind that the very Yahoo article that decries the “white guy” culture in the tech industry also points out that only 5.7% of employed women in the US work in the computer industry, and only about 2% of women have a degree in a high-tech field. But yeah. . . We should hire more women – regardless of their competency – in an effort to make Yahoo feel better about the capitalistic nature of Apple.

After all, we shouldn’t let statistics – or Martin Luther King Jr.’s “color blind” philosophy – get in the way of affirmative action liberalism. According to the New York Times, McKinsey & Company found that the companies with more women on their corporate boards far outperformed the average company in return on equity and other measures. Operating profit was 56 percent higher.

Ok, great. Women are good for the bottom line. Clearly, if there is one thing the most profitable company on the face of the planet needs, it is to be operating at 56 percent higher margins. Quick, let’s hire Rosie the Riveter and watch Apple’s revenues sky rocket.

It’s not that I have anything against Rosie (or riveters)… I just don’t like gender-based hiring decisions. For that matter, I don't like race based hiring decisions either. Call me a traditionalist, but maybe we should judge people on their qualifications (which Apple has apparently judged adequately) rather than their sex or race?

The goal of the self-proclaimed Civil Rights advocates seem to have shifted from a color blind society to one of affirmative "inclusivity". To the American left, inclusivity and adherence to liberal ideology trump all other market forces. While Apple continues to post handsome profits, and the world carries on in Laissez-faire fashion, Yahoo liberals will continue to bemoan the success of firms that judge people on the content of their character (and the competency of their actions) rather than the color of their skin.

So, sure. . . Apple’s “problem” is that they are run by a bunch of old white guys. I guess that’s why the default color for an i-phone is white.