Another Business Gives into the Anti-Gun Agenda 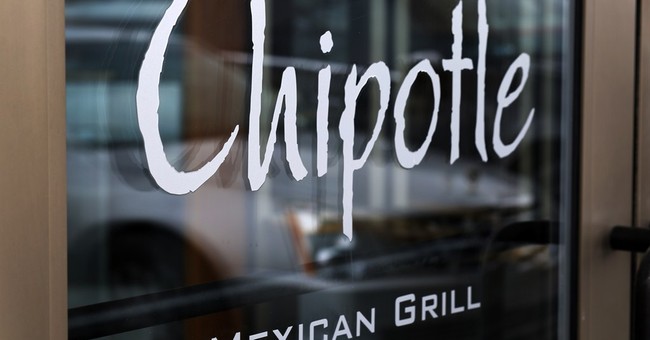 I’m generally a fan of businesses deciding for themselves how they should comply with local laws… But, there is a caveat: They shouldn’t be spineless panderers to liberal leftists in their efforts to assuage the political tension in modern America. And while getting a handmade burrito at Denver-based Chipotle might not seem like a political calculation, apparently (nowadays) it has become one.

The Mexican(ish) food chain has announced something similar to a “gun ban” on its properties. In a similar fashion to Starbucks, the “gourmet burrito” company has asked its customers to kindly leave their legally procured firearms at home while patronizing their establishments. Because, as we all know, law abiding gun owners are clearly the problem when it comes to gun violence in America.

The “ban” isn’t really an outright ban… Really, it is a paternalistic plead to gun owners (and a political pandering to the anti-gunners), asking patrons to forego arming themselves with firearms when indulging in burritos hand-wrapped by a minimum wage employees. “Please don’t bring your guns here” is the implied request. (Unless, of course, you are a police officer responding to the violence of an armed aggressor who didn’t happen to run across the company’s anti-gun memorandum.)

According to the Colorado Springs Gazette, the company’s move is reminiscent of when “Starbucks Corp. told customers that guns were no longer welcome in its cafes after it had to temporarily close a store in Newtown, Connecticut, to avoid a demonstration by gun rights advocates.” (Oh, by the way, I’m still armed every time I enter my neighborhood Starbucks. They kindly asked me to keep my legally carried firearms at home, and I have kindly declined to acquiesce their request… It is, after all, the safest Starbucks in Denver between the hours of 9:00 and 10:00 in the morning.)

The initial reaction by gun activists will, of course, be a disheveled boycott of the Mexican(ish) restaurant. After all, that was the first reaction to Starbucks. Of course such boycotts are unlikely to have any profound policy change at either establishment…The initial outrage directed at Starbucks has subsided, despite a prolonged grumbling over the company’s anti-gun agenda. But, then again, caffeine is a drug, and many gun-toting conservatives are addicted. (Besides, I’d rather fork my money over to a spineless liberal organization than some mom-and-pop shop that sells “Hillary 2016” stickers, for 6 bucks a piece, with every latte.)

Being an “unofficial” gun-free zone, it’s hard to tell how effective the politely implied ban will really be among Chipotle’s properties. After all, concealed weapons generally don’t attract the attention of employees, patrons, or anti-gun zealots… I mean, heck, the only reason anyone at my local Starbucks is aware of my armament, is because they once solicited my opinion on the best 1911 to purchase for daily carry. (Which is a Colt, by the way.)

For most gun activists, life will continue without the cheap buffet Mexican(ish) food offered by the Denver based franchise. And, there is little doubt that Chipotle’s bottom line will continue to climb (inexplicably) despite a fringe sect of America declaring a singular boycott.

The bigger question is, what the heck happened to expecting businesses to – well – focus on business? Chipotle sells burrito-like products... Starbucks sells coffee… Why do they feel remotely inclined to be involved in the national discussion over gun rights? My money is just as green, and my appetite just as implacable, as anyone else – regardless of whether or not I have a 1911 holstered securely to my hip.

Let’s get one thing straight: Chipotle sells food. They don’t sell an ideology, a philosophy, or a political affiliation. Why don’t they concentrate on selling barely passable Mexican food, and let the rest of us focus on the propriety of arming ourselves before contributing to the profit margin of their local franchise?

Oh, and for what it’s worth: I’m not sure that criminals, gang members, thugs, or murderers will pay the burrito chain the respect they are expecting from their unofficial ban on firearms. Their request might make the anti-gun Bloomberg fans feel warm and fuzzy, but it’s unlikely to have a major impact on the illegal weapons that undoubtedly trespass Chipotle property every day. My gun, on the other hand, will be securely concealed, on my hip, at some alternative dining establishment…

...Maybe even somewhere that serves something more reminiscent of actual Mexican food.

Jen Psaki in a Russian hammer and sickle hat goes viral, her defense of the photograph is an odd one
Hotair
Has the Penn Supreme Court Invited Scrutiny and Rebuke By Relying on "Laches" to Dismiss an Incovenient Complaint?
Redstate