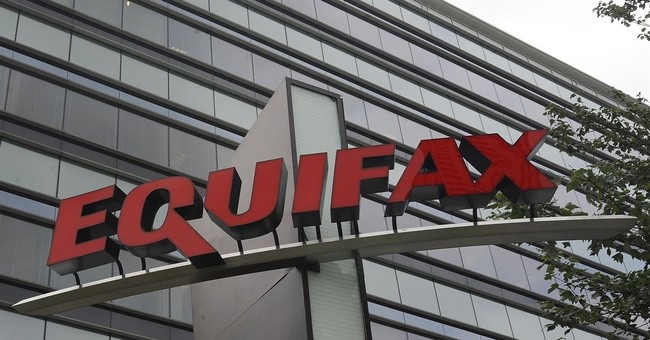 Like 145.5 million other people, my personal information was stolen in a security breach at credit reporting bureau Equifax earlier this year. Somewhere – likely on the Dark Web – my name, Social Security number and address are circulating, probably being sold to the highest bidder on the underground version of eBay.

With that information, identity thieves can open bank accounts, run up credit card debt or even file tax returns in my name. It’s a terrifying prospect. I’m not the only one who’s scared of the implications either. Plenty of other people feel the same way. And when we get scared, we want someone to fix the problem for us.

Our legislators in Washington are often all too happy to do just that. Unfortunately, their hastily crafted “fixes” may not be all that helpful and could actually lull us into a damaging false sense of security.

In this case, Senators Elizabeth Warren and Brian Schatz were first to jump into action with their colorfully named Freedom from Equifax Exploitation (FREE) Act. The bill would remove state-regulated fees from credit freezes, give consumers an additional free annual credit report this year and refund some freeze fees. Senator Mike Crapo, who is working on an amendment to the Dodd-Frank Act, has also inserted language into his bill that would provide for free credit freezes and unfreezes.

This all sounds well and good, but the bills pose a few problems. The first is: who pays for it? Currently, states allow credit bureaus to charge around $2-$10 to freeze or unfreeze a report. Those fees offset bureau costs. If a fee can’t be charged to the consumers who are requesting the freezes, then the cost will need to be covered elsewhere. As is usually the case, don’t expect businesses to bear the brunt of the price; it will trickle down to consumers instead.

Another problem with the federal legislation is that it takes regulation out of the hands of states and puts it into the hands of Washington. Given that Congress currently has a 13 percent job approval rating, according to Real Clear Politics, maybe giving them more control isn’t in our best interest.

However, the biggest problem with the FREE Act and similar bills is they simply doesn’t address the underlying issue. Giving people free credit freezes doesn’t change the circumstances in which hackers were able to access Equifax data.

Even worse, by passing a law like the FREE Act and calling it a day, lawmakers are sending a message to consumers that credit freezes are the answer to the Equifax problem. While a freeze can’t hurt, it isn’t the cure either. The real danger is that consumers, with their freeze in place, will assume their finances are safe. However, a freeze does nothing to prevent thieves from running up a credit card balance or filing a fake tax return.

This isn’t to say all legislation is bad. In Pennsylvania, a pair of bipartisan bills are being discussed that seem to take a more balanced approach. They too provide free credit freezes, but only to those affected by a security breach which can minimize the costs passed on to other consumers. They also allow for up to three free annual credit reports per year.

More importantly, they require consumers be notified, in plain English, of the breach within 45 days. That may be most important provision since once your information has been stolen, time can be of the essence.

Don’t Wait for the Government, Protect Yourself

The bottom line for anyone who’s been affected by a security breach is to not wait for the government to ride in and save the day.

Go ahead and put a freeze on all three of your credit reports (Equifax is offering them free for its report to everyone through January 31, 2018). Then, do the following to make sure you’re protected:

· Request and review your free annual credit report from all three bureaus.

· Monitor your bank and credit card accounts for unusual activity.

· Consider signing up for a credit monitoring service that will alert you when new accounts are opened. Equifax is currently offering a free year of its TrustedID Premier monitoring service to all U.S. residents with a Social Security number who enroll prior to January 31, 2018.

· File your 2017 tax return as soon as possible next year.

When bad things happen, our knee-jerk reaction is to try to pass a law. However, no law can keep you entirely safe from identity theft. Rather than see free credit freezes as the answer, we need to take a more comprehensive look at this complex problem.