King Dollar: Up, Up, and Away!

“The U.S. Dollar will remain the world’s currency for the next fifty years.” — Warren Buffett

Despite the Federal Reserve’s quantitative easing (QE) policy and its decision to cut short-term interest rates to zero (the interest on 90-day T-bills fell below zero today), the dollar continues to surge ahead.

The current liquidity squeeze has been good news for King Dollar and my subscribers.

Against its rivals, including the euro, the pound and the yen, the dollar hit its highest level since March 2017 and has gained 7% in the past nine trading sessions.

It is achieving its biggest rising run since 1992 as the demand for funding has skyrocketed during the coronavirus crisis. After the European Central Bank announced a 750 billion euro asset purchase program in response to the coronavirus outbreak, the euro turned lower. It is now at a three-year low of 1.07 euros against the buck.

“Central banks are stepping up their liquidity actions, but it is not enough to make sure the dollar scarcity disappears and, as a result, the dollar continues to be the favored currency across the board,” said Manuel Oliveri, a currency strategist at Credit Agricole in London.

Don’t Count Gold Out Yet

The U.S. dollar is king now, but it won’t last forever due to the sharp rise in the deficit and out-of-control government spending. Gold is a better long-term play. And yes, we are invested in gold. too!

The Calming Influence of ‘The Maxims’!

The quote from Warren Buffett at the beginning of this e-letter reminds me of the value of my popular little book, “The Maxims of Wall Street.” It’s Buffett’s favorite quote book.

I’ve received several letters from subscribers who say that reading quotations from “The Maxims” has been comforting in these trying times when the market is tanking. I’ve been around the markets since the 1970s and have endured many crashes and busts. It never gets easy.

As Steve Forbes says, “Everyone is a disciplined, long term investor… until the market goes down!” (quoted in the “Maxims,” p. 134)

Regarding the coronavirus crisis, Sir Harry Schultz has wisely warned, “Never underestimate the size of a panic, nor the power of a politician.” (p. 112)

I know subscribers who have a copy on their nightstand. It is a good source of wisdom for everyone who is staying at home these days.

As Dennis Gartman says, “It’s amazing the wisdom one can gain from just one line in your book. I read it every day.”

After my own Christian church closed its Sunday services indefinitely to counter the spread of the coronavirus, I was pleased to see that the famous Crystal Cathedral (now called Christ’s Cathedral) in Garden Grove, California, was open to the public on Sunday for mass. 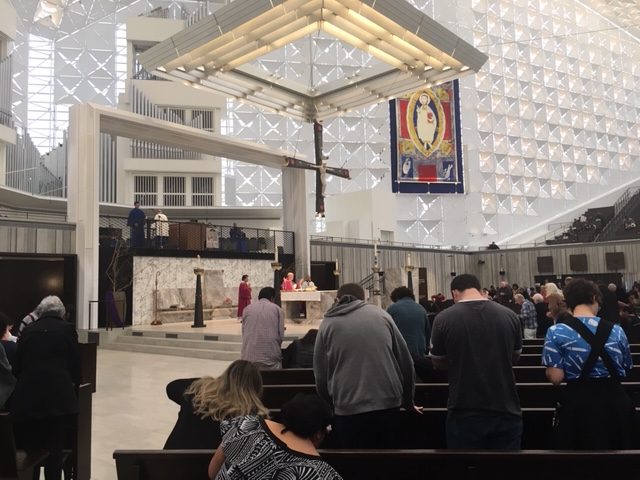 While it was originally built by Robert Schuller, it is now owned by the Catholic Church.

The reverend encouraged everyone to sit apart and we nodded rather than shook hands during the sign of peace. However, we were able to sing, worship and take communion together.

It was a perfect setting for March 15, the day President Trump had declared to be a National Day of Prayer. When President Zachary Taylor was faced with a cholera epidemic in 1849, he called on God to help by quoting 2 Chronicles 7:14:

“If my people, who are called by my name, will humble themselves and pray and seek my face and turn from their wicked ways, then I will hear from heaven, and I will forgive their sin and will heal their land.”

Good idea! Let’s pray for sunshine and warm weather, which are the best way to end the coronavirus epidemic once and for all.

The post King Dollar: Up, Up, and Away! appeared first on Stock Investor.