When Will The Bear Come Out Of Hibernation? 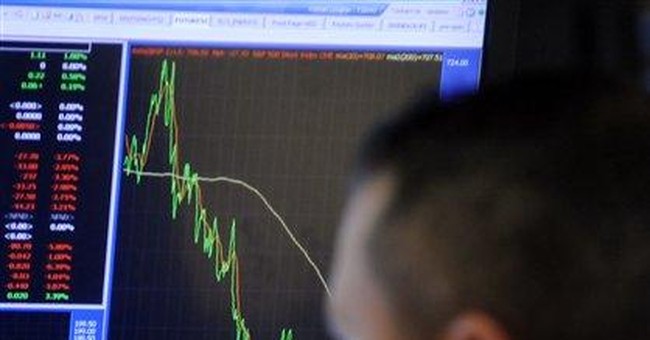 “If a business does well, the stock eventually follows.” — Warren Buffett, “The Maxims of Wall Street,” p. 144

Despite the record bull market on Wall Street now spanning more than 10 years, the bears are still not licked. They keep coming out with doom-and-gloom predictions.

The latest is from commodity guru and legendary investor Jim Rogers, who was once ranked one of the top 100 investors in world history. He insists that a major bear market is coming.

“Probably sooner than you think,” Rogers said in latest issue of Barron’s.

Sounds scary, until you realize that Rogers had been predicting a crash for years.

Now a bear market is always possible, but it’s not likely to happen unless the economy falls apart, like it did in 2008.

There is a strong correlation between the stock market and the economy in the long run. But the relationship is like a rocky marriage — a couple may get separated, but they never get divorced. They eventually reconcile.

Stocks and the Economy Move Together Over the Long Run

You can see the relationship in this chart showing nominal GDP (Main Street) and the S&P 500 Index (Wall Street).

Of course, the stock market is much more volatile than the economy. However, in the long run, they both rise. It pays to buy stocks and take advantage of the occasional bear markets.

Note that the only times a severe bear market occurred was in 2000-2003 and 2007-09. These time periods were times that the United States was suffering from an economic downturn or recession.

GO, GDP and the Booming Economy

A bear market is not likely to occur at the present time. Last Friday, the U.S. government announced that real gross domestic product (GDP) grew 3.2%, surprising most economists.

Earlier this year, I noted that business spending was soaring in 2018, based on the gross output (GO) data coming out of Washington. GO includes the supply chain and business-to-business (B2B) spending in the production process. (For more information, go to www.grossoutput.com.)

Except for the fourth quarter of 2018, business-to-business spending has been booming, and the changes in the supply chain are leading economic indicators.

The corporate tax cuts and deregulation (except for the trade tariffs) are working their magic.

Not surprisingly, the stock market is moving up on the news, especially after the Fed announced that it was postponing raising rates in 2019 amid talk that the Trump trade negotiations with China are going well.

Once again, the financial Armageddon predicted by Jim Rogers and other Cassandras has been postponed. The bulls still are winning, and I see no reason why we should shy away from our approach to be 100% invested in the stock market.