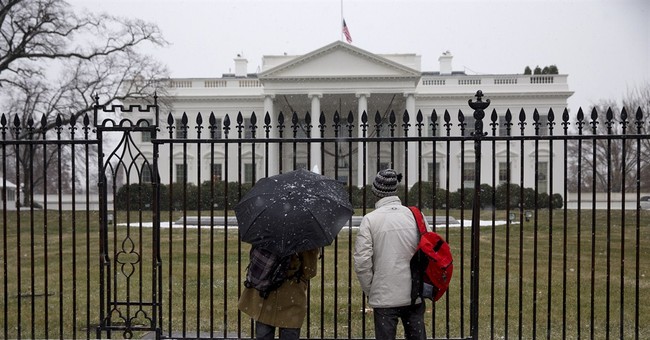 Americans will be feeling a new and unexpected pain of government overregulation before they vote in November. Yet, more than two-thirds of the public is currently unaware of what has the potential to be a serious 2014 election issue—representing more government intrusion and meddling with free markets, increased cost, loss of American jobs, and the elimination of choice.

The reality of Obama’s green-energy policies is going to hit home with your next light bulb purchase.

A recent study found that only 28 percent of Americans were aware of the 2007 law that unrealistically raised the minimum efficiency standards for light bulbs to the point where it effectively turned the 25-cent light bulb into contraband. “In its place,” reports CNS News, “alternative, costly and mercury-filled CFLs are manufactured in China, and incandescent factories in the US have been shuttered.” The last U.S. incandescent light bulb factory, in Winchester, VA, closed in September 2010 leaving 200 well-paid employees feeling that they’d been “sold out by the government.” The GE news release about the closure stated: “A variety of energy regulations that establish lighting efficiency standards are being implemented in the U.S. …and will soon make the familiar lighting products produced at the Winchester Plant obsolete.”

As of January 1, in America, it is now illegal to manufacture or import the traditional incandescent light bulbs.

President George W. Bush signed the “Energy Independence Security Act of 2007” that was cosponsored by Congressman Fred Upton (R-MI), in a different energy era. Back in 2007, there was a general belief that we were truly facing an energy shortage and that global warming was a real manmade crisis. It was thought that forcing efficiencies upon the public would reduce energy use and CO2 emissions.

Republicans, faced with a new abundant energy reality, realized the error of their ways and, in 2011, attempted to repeal the efficiency standards for light bulbs. Upton, who cosponsored the 2007 bill, stated: “The public response on this issue is a clear signal that markets—not governments—should be driving technological advancements.” Nearly half of the Republicans who originally voted for the 2007 law, voted for the repeal of the standards in 2011. The repeal failed because, as the New York Times reported: “Democrats, despite being in the minority in the House, were able to defeat the repeal on a vote of 233 to 193 because the measure was brought up under rules that require a two-thirds majority for passage.”

Democrats ridiculed the Republicans for taking “American families another step backward and voting on a bill rolling back bipartisan energy standards which will save consumers $12.5 billion when fully implemented.” Leader Nancy Pelosi’s blog claimed that Republicans “are up-in-arms over a provision encouraging the production of more energy efficient light bulbs.” (Encouraging? They are mandated by law.)

Time magazine scoffed at the Republicans who were “defending our freedom again, this time our freedom to buy inefficient light bulbs.” Michael Grunwald, the author of the Time piece, defended the efficiency standards, calling them: “a virtually pain-free way to dramatically reduce our energy independence, our carbon emissions and our utility bills. They do involve a bit of government interference in the free market, but…” He called the Republicans’ efforts: “pure political theater” because “Republicans know that it’s not going to pass the Senate, and if it somehow did, President Obama would veto it.”

Nearly four years after the failed repeal attempt, the attitude about government intrusion, thanks in large part to Obamacare, is much more negative. The New York Post (NYP) Editorial Board states: “If you build a better light bulb—at a good price—consumers will come to it of their own accord. The fact that this has to be mandated to be successful should cause concern.”

Mark Simone, WOR Radio talk show host, during his January 3 appearance on the Kudlow Report addressing the 2014 election cycle, postulated: “You know what’s going to be a big issue, nobody’s even thought about this, the light bulb is going to be the big deciding issue here. As of right now, you’re not allowed to make a regular light bulb or import it into this country. …nobody’s going to like it …What happened here? The government tells you what light bulb you can use?” Simone calls the light bulb ban “the greatest single act of government control where no public need exists.”

Which should make you wonder: “Why is the government pushing so hard on energy efficiency? Shouldn’t it be a choice to buy energy efficient, albeit more expensive, light bulbs, or not?”

Under the Obama Administration we’ve seen many mandates for increased efficiency—55 miles per gallon of gasoline and requiring microwave ovens to use less power in stand-by mode are just two examples of government controlling our choices. It is not that efficiency is wrong or bad, but as the NYP Editorial Board posited: “The fact that this has to be mandated to be successful should cause concern.”

In response to a question about light bulbs that I posted on my Facebook page, one man responded: “I switched to compact fluorescent bulbs years before because it made sense for the money I saved. Not because I was forced to.” It is great that he could afford the choice. The NYP states: “The average house has about 100 light bulbs. The average cost of a light bulb in 2007 when the law was passed was 25 cents meaning your house had about $25 worth of light bulbs. Today, those same 100 light bulbs would set you back about $500.”

Tim Carney, in the Washington Examiner, poses “a middle ground between everyone using traditional bulbs and traditional bulbs being illegal. It’s called free choice: Let people choose if they want more efficient and expensive bulbs. Maybe they’ll chose LEDs for some purposes and cheap bulbs for others.”

So, why did supposedly pro-choice Democrats kill the Republicans’ attempt to bring back choice in light bulbs?

I believe that all of the efficiency rules and regulations are to hide the increasing energy rates—especially spiking electricity bills that are 20% higher than they were six years ago.

Despite America’s energy boom, electricity has become a very expensive commodity. Investors Business Daily explains it this way: “What’s really at work here is simple: Through unnecessary regulations, government has destroyed another working market, telling us what kind of energy to use regardless of cost—based solely on the green movement’s moral beliefs about what kinds of energy are ‘good.’”

So, by mandating increased efficiency, which lowers our electricity usage, the pain of higher electricity prices is kicked, as usual, further down the road.

I posted a quick survey on my Facebook page. I asked: “When you get your utility/electric bill, do you pay attention to the kilowatt hours used or to the total dollars?” Within hours I had 118 responses, the vast majority answered dollars—which proves my point. Most of us do not know how much electricity we are using, but we know how much we are spending. When the price goes up, but we use less, the bill remains more or less the same. We are not aware of it.

But, when it used to cost $25 to equip your house with 100 light bulbs and it will now cost $500, the pain will hit home. Consumers will be asking: “What happened to the light bulbs?” They’ll be told that incandescent light bulbs have been outlawed.

Simone told me, during the break, after he mentioned light bulbs as a 2014 election issue on the Kudlow Report, that Larry Kudlow and the other two panelists asked him what he was talking about. None of them knew about the 2007 law that finally took full effect on January 1, 2014—part of the 72 percent who will be shocked the next time they purchase a new made-in-China light bulb.

As people are literally being forced to live in the dark, there will be public outcry. As Upton found, the “public response” won’t be good. Like Obamacare, Republicans are on record as trying to change bad policy that takes away free choice—and that could spell trouble for Democrats in the 2014 elections.

I like my light bulbs. Why can’t I keep them?