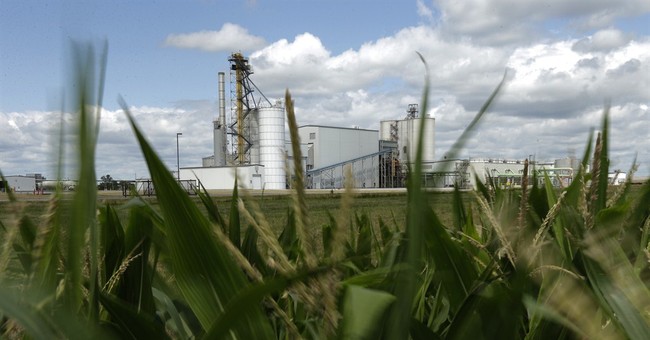 We are weeks away from being fully immersed in the 2014 election cycle. Predictions abound, likening the 2014 cycle to 2010—when the House flipped from Democratic to Republican. Only this time, it is the Senate that has the potential to change. Twenty of the 33 seats up in 2014 are currently held by Democrats—more than half of whom are in trouble.

In 2010, Senate Majority Leader Harry Reid was up for reelection—for his fifth term—and he was facing “a ferocious challenge.” He was “in trouble.” Remember, 2010 was the year of Tea Party victory. In light of the mounting government debt, pork barrel spending was no longer vogue. But Senator Harry Reid, apparently, didn’t get the memo. “The 71-year-old one-time boxer touted his ability to bring federal money to his home state—no one could do more,” said the HuffPost coverage of his “surprise” win.

A May 2010 internal email addressing the need to expedite Department of Energy (DOE) green-energy loan approvals for projects in Reid’s district says: “Reid is constantly hit at home for not bringing in the federal dollars.” In the email, reported Obama bundler and former Clinton Administration staffer, Jonathan Silver, who was, at the time, the executive director of the Loan Programs Office, was to assure Reid that he anticipated “a good number of projects to be approved in the coming months.”

Reid saw the potential in green-energy dollars before anyone else. He laid the foundation to allow him to bring home the “federal dollars.”

The White House and DOE insiders helped Reid secure green-energy stimulus funds for his home state of Nevada—which he touted in his 2010 campaign. He is tied to more than $3 billion of taxpayer money—currency that created just over 200 permanent jobs.

The Washington Times reported: “Mr. Reid, a Nevada Democrat, who led passage of the $814 billion stimulus bill and worked to include the loan guarantee program to help finance clean-energy projects…” The 2009 stimulus package—the American Recovery and Reinvestment Act (ARRA)—was jammed-packed full of clean-energy provisions, about 10 percent (nearly $100 billion) of the monies were earmarked for renewable energy.

Having “worked to include the loan guarantee program,” Reid was frustrated when the federal dollars weren’t flowing into Nevada fast enough.

Seven months after the stimulus was signed into law, Reid, sent a letter, dated September 23, 2009, to President Obama, complaining about the “slow pace of implementation of the Department of Energy’s loan guarantee programs.” In it, Reid patted himself on the back for his role (via the stimulus bill) in helping to “appropriate an additional $6 billion for an expanded loan guarantee program.” Despite Reid’s acknowledgement of the “risks” involved, he proceeded to request that “obstacles be cleared away,” and basically demanded that the ARRA monies for the loan program be “rapidly” dispensed.

Reid had campaign donors anxiously waiting for the federal dollars. The Washington Free Beacon revealed that executives from three companies that received millions through the “fast-track” approvals all donated to Reid and other Democrats—Nevada Geothermal, Ormat Nevada, and SolarReserve—have contributed more than $58,000 since 2008. Additionally, the then-CEO of BrightSource energy—which ultimately received $1.6 billion in stimulus funds—hosted a fundraiser for Reid.

Each of these projects did receive the federal dollars—but not because they were such great projects. President Obama has declared that DOE decisions had “nothing to do with politics.” But, all four of the above, plus a transmission project originally known as Southwest Intertie Project (SWIP), were speculative—at best. Their ratings, along with the majority (22 out of 26 projects) of the stimulus-created 1705 Loan Guarantee Program, were rated as “junk” grade investments (“with a high likelihood of failure”), yet the taxpayer-backed loans were approved, with many of these projects also being awarded huge amounts of free taxpayer cash in the form of stimulus grants. Why? Politics.

Loan Program Office emails indicate that Reid’s projects were prioritized because they were “high profile,” “tied to larger events,” or because they had Reid’s support. Here’s a sampling from the hundreds of leaked emails relating to the various Reid projects:

These five projects gave Reid bragging rights at a time when he most needed it.

Reid’s 2010 campaign included this slogan: “FIGHTING FOR CLEAN ENERGY JOBS IN NEVADA.” In a campaign document, he brags about his “efforts in passing the American Recovery and Reinvestment Act” and about pursuing “consistent federal incentives to develop clean renewable energy resources.”

The projects were used as campaign photo ops and talking points that helped the connected companies seeking the loans. Ormat Nevada, Inc.’s director of policy and business development, Paul Thomsen, was featured in a 2010 campaign ad where he states: “Harry Reid saw the potential for geothermal before just about anyone else.” It is important to note that Thomsen served as an aide to Reid from 2002-2005 and he also contributed to Reid’s campaign. Regarding SWIP, the Las Vegas Sun reported: Reid gets “an election-year trophy.”

Reid’s role in the green-energy, crony-corruption story is illustrative of the election scam that so often takes place in America. Once again, Obama lied. These loans were given for political reasons. They gave Harry Reid an election-year platform and victory.

The whole green-energy, crony-corruption story is convoluted and difficult to grasp—which, I believe, is part of the goal. It is so twisted and interconnected that the average person is unlikely to have the time to dig through the whole story. Only hard-core politicos care enough to follow the trail—which is why, for the past 18 months Christine Lakatos and I have covered the saga. Christine has done the in-depth research; I’ve presented the capsulized version. I hope this taste has tempted you to dig deeper.

Senate Majority Leader Harry Reid knows how to work the system. He’s not up for reelection in 2014, but 20 of his friends are. Like Reid, they voted for the 2009 stimulus bill that launched the entire green-energy, crony-corruption scandal that took nearly $100 billion taxpayer dollars to pay off donors to Harry Reid, President Obama and other high-ranking Democrats. More than fifty of those stimulus-funded projects, coupled with additional clean-energy funds, have gone bankrupt—or are circling the drain—and have taken our money with them.

These five “junk-rated” stimulus loans were rushed so they could offer Reid election year trophies. Of the five, two are facing trouble. The other three, after years of receiving taxpayer money, are still incomplete. Plus, BrightSource Energy’s Ivanpah solar power project has been “executing birds.”

More than $3 billion went to Reid’s friends with the promise that the federal dollars would create “tens of thousands of green jobs.” A little more than 200 permanent jobs have actually been created.

Harry Reid saw the potential before anyone else all right. Green energy was a gold mine for him and his cronies.