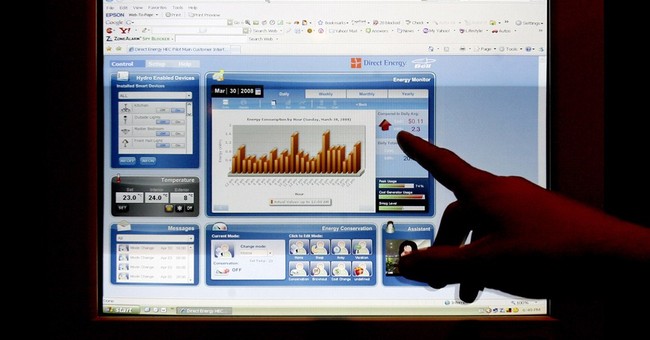 Syria isn’t the only battle into which President Obama is injecting himself where he doesn’t belong. True, on a global scale, Arizona’s fight over net metering seems insignificant. However, on a personal scale, what is taking place in Arizona’s sunny desert has the potential to directly impact far more Americans than the shots being fired in Syria’s desert.

Syria’s conflict is often called a proxy war in that it is an indirect confrontation between superpowers via substitute actors. According to the definition of a proxy war found on the Intro to global security blog, “Modern non-state actors do not necessarily want to take over territory or a government; most use the expanding global communication network to levy resources (human or otherwise) and generate wealth and political/ideological power.” By that definition, Arizona’s net metering debate is Obama’s proxy war in the desert.

To understand Obama’s proxy war in the desert, you have to understand the intentionally confusing term: net metering.

Simply, net metering is the process through which homeowners with rooftop solar panels are paid by the local utility company for the excess power they produce. In its report on net metering, the Institute for Energy Research defines it this way: Net metering “allows people who generate electricity on their homes and businesses to sell electricity back to the grid when their generation exceeds their usage.” Sales pitches for rooftop solar often explain net metering as the electric meter running backwards.

Net metering has been around since the early 80s when solar panels were expensive and few people had them. But the dynamics changed drastically when states began passing renewable portfolio standards (RPS) that required predetermined percentages of electricity be generated from renewable sources—some even specified which sources are part the mix and how much of the resource was required. For example, in my home state of New Mexico, the Diversification Rule requires that 1.5 percent of the RPS must be met by “distributed generation” (read: rooftop solar). Arizona requires 30 percent of the RPS be derived from “distributed energy technologies” (once again, rooftop solar).

To meet the mandates, utility companies agreed to pay, what essentially amounts to, full retail rates for the excess electricity being generated by the solar panels. Often the combination of the electricity the homeowner buys from the utility (at night) and what they sell back (during the day) gives them a utility bill of nearly zero. Yet they are still using power from the electric company; they are still plugged into the grid. Grid maintenance, transmission lines and transformers, customer service, and other costs that are part of providing consistent, steady electricity to homes and businesses have historically been borne by everyone using it. Most people don’t think about it; it is just part of the bill.

Anyone who has ever owned a business, knows that you won’t survive for long when you are buying your product at retail and selling it for retail, as there are many additional costs between wholesale and retail. Yet, this is what utility companies are being forced to do through the net metering agreements that were made back when solar was in its infancy and customers needed to be incentivized to install solar panels so that the utility could purchase the power to meet the mandates. When there were only a few solar installations, the loss to the utility had a very small impact. But now, with the numbers increasing, the loss is larger. That loss is being carried by the entire rate base and taking money from family budgets.

The Institute for Energy Research explains:

The option to utilize solar is principally available for those people who own their own homes, rental properties or businesses. This means that most solar energy installations and all of the government benefits flow to Americans of some means. Despite the steep drop in solar panel prices over the last few years, PV is still a pricey option that is unattainable for most. Therefore, more affluent Americans tend to be the beneficiaries of federal, state and local subsidies, mandates, and utility reimbursement for excess power generation that solar systems may provide. The unintended outcome of the wealthier utility customers enjoying the benefits of net metering subsidies at the expense of their lower-income neighbors has been labeled the “reverse Robin Hood effect.”

Even the New York Times acknowledges that the economics of rooftop solar “depend on government incentives and mandates.” All Arizonians are paying for the few who can afford the up-front costs of solar panel installation—not just through the taxpayer-funded state and federal subsidies, but through their increasing utility rates that are unfairly punishing those who can least afford them.

The Arizona Corporation Commission (ACC) is currently considering revising the generous credits offered to customers with rooftop solar. The ACC has two plans before it aimed at making up for the lost revenues without the majority of the rate base having to subsidize their wealthier neighbors. One has residential solar customers selling electricity to the grid paying a monthly “convenience fee” for the use and maintenance of the grid and the related expenses. The second, would reduce the credit, which customers with new solar installations would receive, making it comparable to market rates the utility pays other power generators. Those who currently (installed up through mid-October) have rooftop systems would be “grandfathered” in.

“In a lot of ways, Arizona represents ground zero in the debate about how to create a sustainable system for compensating solar rooftop customers,” explains Lance Brown, Executive Director of the Partnership for Affordable Clean Energy (PACE). “We're talking about a state that is rich in solar resources and that has a mature community of customers who have invested in residential solar. The problem is that the model for paying solar customers for their power generation is utterly unsustainable.

“States that are contemplating how to treat residential solar customers face the fundamental question of how to fairly compensate customers for generation without unfairly shifting the burden of fixed costs to non-solar customers,” adds Brown. “Paying solar customers three and four times the cost of retail generation clearly isn't the answer. Rather, regulators are going to have to scale back net metering rates and ensure that everyone who is hooked to the grid pays for the fixed costs of maintaining it.”

Many states, including Arizona, are looking at policy adjustments as well. (The New Mexico Public Regulatory Commission has a public hearing regarding its revisions on September 10 in Santa Fe.)

Subsidy-loving President Obama has launched an Arizona-specific campaign lauding those who have made “the switch” to solar and demanding that the ACC protects “full credit for clean energy.” If solar users paid for the panels on their own and cut the cord to the utility, then they truly have made the switch—as the rules stand now, they are just milking the system.

Obama’s involvement shows how important Arizona is to his desired national energy policy—supporting the inefficient, ineffective, and uneconomical models that line the pockets of his friends, while punishing the energy that makes America great. He is using the “global communication network to levy resources (human or otherwise) and generate wealth and political/ideological power.” If the “reverse Robin Hood” policies are modified, the surging purchase and installation of solar panels will slow and more solar companies, funded through the nearly 100 billion of taxpayer dollars allotted to green energy through the 2009 stimulus bill, will go bankrupt. It is in Obama’s best interest to keep these policies that only exist because they “depend on government incentives and mandates” in place—but it is not in Arizona’s best interest, nor America’s. These policies “generate wealth” for Obama’s friends and “political/ideological power” for him.

It is not about whether or not you like rooftop-generated solar electricity, it is about whether or not the subsidized industry continues to make solar executives rich on the back of the average American. It is about continuing, or ending, the crony corruption that fills the solar industry. If you agree that it is time to end the solar subsidies and generous residential credits and that solar customers need to pay their share of grid maintenance and other non-generation costs, please sign the petition to tell the ACC that you support the proposed revisions.

Edward Fenster, chief executive of SunRun (which has received stimulus funds and is under a federal probe), believes “the next six-12 months are the watershed moment for distributed energy.” He, of course, supports continuing the subsidies for solar power and understands that if his side succeeds, it will “dissuade utilities with net metering programs elsewhere from undoing them.”