Taxation Isn’t Theft -- With Fraud, Force, Or Fiefdom It Is 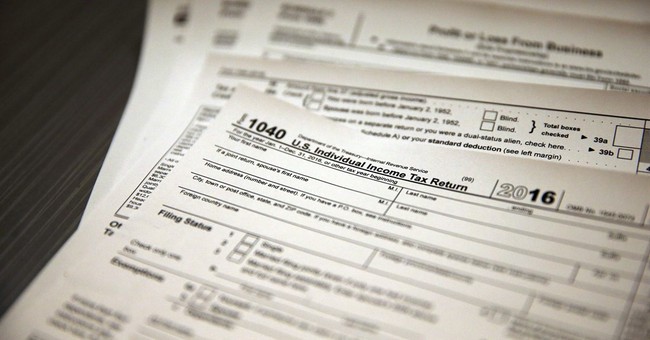 “Is it lawful to give a poll-tax to Caesar or not?”

This is the question the Pharisees and Herodians asked Jesus in order to trap Him regarding the subject of taxation. Jesus answered,

Well, a similar question about taxation has surfaced in present day, but it takes on a different context: What do your taxes pay for? In the news, US Christian who refuses to pay taxes until abortion is defunded has first big win in court and Oregon Man Protests Paying Taxes Because of Abortion: “I Have a Duty to My Conscience,” you find a Christian, Michael Bowman of Columbia City, Oregon, who wants to pay his taxes as God has outlined it. However, he has concerns about what his taxes are being spent on: Abortions.

In a free enterprise system, a free market with no economic coercion, you pay for what you want. I pay for a Mac. As my neighbor, you pay for a PC. We vote with our wallets or purses based on our own needs, wants, and conscience. When it comes to charities, the same principle applies when you give (See Philanthropy Roundtable for more statistics about individual and corporate giving). I choose to provide a portion of my book’s profits to the Navy SEAL Foundation, which provides immediate and ongoing support and assistance to the Naval Special Warfare community and its families. As my neighbor, you may choose to give to Project C.U.R.E., the largest provider of donated medical supplies and equipment to developing countries around the world.

We both pay and give our money to those we choose to support. But what if our money went to products or services we’d never in our lives pay for? Or, our taxes were unethically collected, used for different purposes than we were told, or were used in a manner that goes against what we believe?

Taxation is legitimate, but not corruption creep.

There are some legitimate reasons why there is taxation. It is a part of God’s plan for rulers who oversee a society of civil citizens. A government’s role is to protect its citizens and property; taxation is a part of how its role is maintained to cover the cost of an orderly society (the smaller, the better). However, like God told Israel regarding having a king (1 Sam 8:10-22), they will “take” from us and a part of what we own through taxes.

Various forms of taxes in history have been tried. From a building tax in Holland, the tax was calculated by the width of a property’s façade, to a window tax in England, a “significant social, cultural, and architectural force in England, France, Ireland and Scotland during the 18th and 19th centuries.” In the 1937 movie, The Prince and the Pauper (the book was published by Mark Twain in 1882), the scene shows Tom being awakened in the morning to a long line of courtiers (the assistant to the assistant to the assistant to the assistant of the…, you insert the appropriate government title here) waiting to dress him. He is told that a note on the treasury has to be signed.

Tom Canty: There’s no money to pay for the palace?

Tom’s Courtier: No, your Majesty.

Tom Canty: I suppose we’ll just have to move to a smaller house.

Such is the thinking of the average person, but not a government official. Later, Tom—the pauper living as the prince—is now signing documents.

Tom Canty: Please, sir, how much longer must I do this?

Earl of Hertford: This is the last, sire.

Earl of Hertford: May I suggest that your majesty cease troubling himself about…

Tom Canty: But I’m head of the government. It’s my job to be troubled about these things. And I think a tax on windows is cruel…unjust.

Earl of Hertford: The royal treasury is empty, sire. Every means of replenishing it must be taken.

Tom Canty: Yes…but windows. Don’t you see when poor people are sick, windows are the only outside they have? Why they wouldn’t have anything nice to look at if it weren’t for windows. And, besides… that’s taxing sunshine and light, which don’t belong to us at all, but to God.

This is evidence of, not common sense, but of corruption creep: “every means of replenishing it must be taken.”

The window tax effect, introduced in 1696 and repealed 156 years after it was introduced, resulted in property owners bricking-up their windows and causing potential health hazards with the occupants. Bricked up windows, the unintended consequences of a window tax law.

In a free market, a business will succeed based on how well it serves its customers. Prior to the 20th century, our limited government allowed entrepreneurs and customers to decide how to transact business. Sell a good product, people bought it. If a business fails to serve its customer, it goes out of business. Sell customers snake oil, and you might be tarred and feathered and run out of town on rail. When government “sells” a product, like taxes, it rarely goes out of business.

Taxation by fraud. Today, if the marketplace already solves the problem, government wants to be in that business. Between 1883 and 1929, Andrew Carnegie built a total of 2,509 Carnegie libraries with his own money. Yet today, governments maintain libraries. Why does the government have to take over this purpose?

But where representatives write laws to create new taxes, it may not be to solve a problem, but an attempt to get more of their citizen’s money. Gas taxes should be used by the department of transportation to maintain roads. But as with most taxes, money usually ends up in the general funds to be spent by politicians or the government in the way they see fit. Not how you would spend it.

Kristin Tate’s book, How Do I Tax Thee?: A Field Guide to the Great American Rip-Off, “exposes the vast government shakedown that consumes up to half of your income?and also explains where these hidden fees and taxes come from. There’s a rifle tax, airplane and hotel taxes, dog license fees, a blueberry tax in Maine, a sliced bagel tax in New York City (whole bagels aren’t taxed).” This tax deception is why the taxes are collected in the first place, but also how they are being spent.

Taxation by force. This comes in many forms. Eminent domain is used by governments to use force to take properties unethically, even by condemnation. The newly released, award-winning movie, Little Pink House, showcases this government practice and the 2005 Supreme Court decision. The decision ruled that government officials have the power to bulldoze a blue-collar neighborhood for the benefit of developers and a multibillion-dollar corporation. The decision shocked Americans, And yet, the empty lots, as well as the bad yet policies, still remain.

Taxation by fiefdom. You earn a good living. You and your spouse find the perfect home to retire in, and it’s paid off. You may even have retired early. In a free society, you only need to live off of what you have earned and saved. You pay for some government services through (consumptive) sales taxes. However, in some cases, you may no longer “own” your own home or property outright. Property and estate taxes keep the government’s hands in your life.

To force citizens to continue to work to pay property taxes, the state now has their golden handcuffs on your golden years. It is a regression of our citizen’s rights; so, once again, we’ve once again we’ve become serfs.

The French economist J. B. Say (1767-1832) coined the word “entrepreneur” around 1800, saying, “The producers themselves are the only competent judges of the transformation, export, and import of these various matters and commodities; and every government which interferes, every system calculated to influence production, can only do mischief.”[1]

Does it bother you that the government spends your money differently than the average citizen?