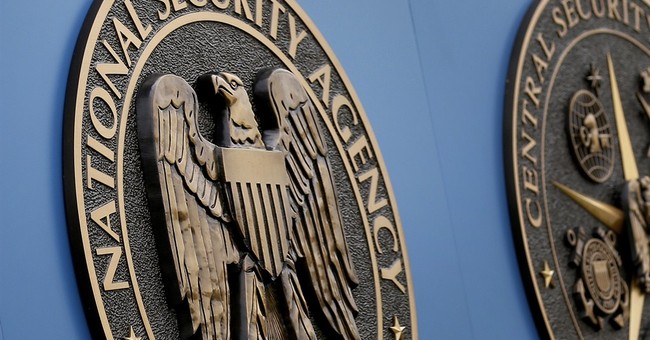 In what appears to be one of Edward Snowden's final revelations, the former CIA and NSA agent has demonstrated conclusively that the National Security Agency has collected and analyzed the contents of emails, text messages, and mobile and landline telephone calls from nine non-targeted U.S. residents for every one U.S. resident it has targeted.

We now know that the government has failed effectively to refute the Snowden claims that it has collected and maintained for future access massive amounts of personal materials about nearly all people in America since 2009. This includes the metadata and content of nearly every telephone call, email and text message made, sent or received in the U.S., as well as nearly every credit card bill, utility bill and monthly bank statement of nearly every person in the U.S.

This was accomplished through the issuance of general warrants by FISA court judges. General warrants do not particularly describe the place to be searched or the person or thing to be seized as the Constitution requires. General warrants authorize the bearer to use the power of government to search wherever he wishes. The use by British troops of general warrants was a principal motivation for the American Revolution, and the very purpose and literal wording of the Fourth Amendment was to outlaw and prohibit them.

Nevertheless, in their lust to appear muscular in our constitutionally sad post-9/11 era, politicians from both major political parties have defied the plain meaning and universally accepted history of the right to privacy and reverted to these odious instruments so condemned by the nation's founders and the Constitution's framers.

The recent Snowden revelations showed that about 900,000 innocent U.S. residents -- including President Barack Obama himself -- were subjected to heavy NSA scrutiny. This was done by NSA agents who knew that the subjects of their scrutiny were not the targets of their investigation.

How could that happen? It happened because the FISA court meets in secret, where the NSA has no opposition and the court has no transparency. This volatile mix has resulted in that court's granting well over 99 percent of NSA applications, including the "hop" rule implicated in the scrutiny of innocent Americans. In NSA-speak, a hop is a jump from one telephone conversation to another using a common phone.

The 900,000 innocent U.S. residents whose private and personal lives have been subjected to NSA scrutiny -- including the examination of their photographs, intimate personal behavior, medical and financial needs -- consist of those who are within six hops from a target; in the illustration above, that would be every B, C, D, E, F and G whom the NSA can find. According to Snowden, there is no effort made by the NSA to minimize the scrutiny of those who are in the B-G category -- even though the chances that any of them are in cahoots with A are extremely remote, particularly once the NSA gets beyond B.

But remoteness does not trouble the NSA, and neither does the Constitution. Remoteness is a serious constitutional and practical problem. It violates the rights of known innocents, as the NSA has no constitutional or lawful authority to spy on any non-targets and FISA court judges have no power to authorize that spying. It also consumes the time and resources of NSA agents, whose job it is to find terror plots.

When the government sees or hears all, it knows all. And when the people tolerate a government that knows all, they will be afraid to be themselves. And the joy of being and expressing oneself is the very reason we have a Constitution designed to restrain government.

James Madison warned that the loss of liberty rarely happens in one great event but rather happens gradually, over time, resulting from the actions of government officials who claim to be fortifying security. He practically predicted today's events. The violations of our rights are obvious, undenied and undeniable. Yet what Madison probably feared most, he did not articulate: Once lost, liberty is lost forever.