A Government Admission of Wrongdoing 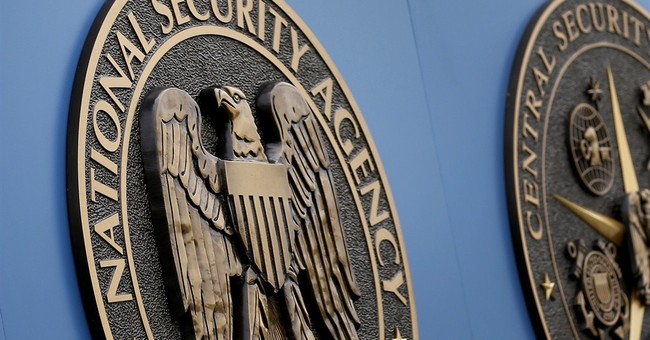 Last week, National Intelligence Director Gen. James R. Clapper sent a brief letter to Sen. Ron Wyden, D-Ore., a member of the Senate Intelligence Committee, in which he admitted that agents of the National Security Agency (NSA) have been reading innocent Americans' emails and text messages and listening to digital recordings of their telephone conversations that have been stored in NSA computers, without warrants obtained pursuant to the Constitution. That the NSA is doing this is not newsworthy -- Edward Snowden has told the world of this during the past 10 months. What is newsworthy is that the NSA has admitted this, and those admissions have far-reaching consequences.

Since the Snowden revelations first came to light last June, the NSA has steadfastly denied them. Clapper has denied them. The recently retired head of the NSA, Gen. Keith Alexander, has denied them. Even President Obama has stated repeatedly words to the effect that "no one is reading your emails or listening to your phone calls."

The official NSA line on this has been that the Foreign Intelligence Surveillance Act (FISA) court has issued general warrants for huge amounts of metadata only, but not content. Metadata consists of identifying markers on emails, text messages and telephone calls. These markers usually identify the computer from which an email or text was sent or received, and the time and date of the transmission, as well as the location of each computer. Telephone metadata is similar. It consists of the telephone numbers used by the callers, the time, date and duration of the call, and the location of each telephone used in the call.

American telecommunications and Internet service providers have given this information to the NSA pursuant to warrants issued by secret FISA court judges. These warrants are profoundly unconstitutional, as they constitute general warrants. General warrants are not obtained by presenting probable cause of crime to judges and identifying the person from whom data is to be seized, as the Constitution requires. Rather, general warrants authorize a government agent to obtain whatever he wants from whomever he wants it.

These general warrants came about through a circuitous route of presidential, congressional and judicial infidelity to the Constitution during the past 35 years. The standard that the government must meet to obtain a warrant from a FISA court judge repeatedly has been lessened from the constitutional requirement of probable cause of crime, to probable cause of being a foreign agent, to probable cause of being a foreign person, to probable cause of talking to a foreign person. From this last category, it was a short jump for NSA lawyers to persuade FISA court judges that they should sign general warrants for all communications of everyone in America because the NSA was not accessing the content of these communications; it was merely storing metadata and then using algorithms to determine who was talking to whom.

It was to further this public facade that Clapper lied to the Senate Intelligence Committee last year when he replied to a question from Wyden about whether the NSA was collecting massive amounts of data on hundreds of millions of Americans by saying, "No" and then adding, "Not wittingly." The stated caveat in the NSA facade was a claim that if its agents wanted to review the content of any data the NSA was storing, they identified that data and sought a warrant for it.

Snowden, in an act of great personal sacrifice and historic moral courage, directly refuted Clapper by telling reporters that the NSA possessed not just metadata but also content -- meaning the actual emails, text messages and recordings of telephone calls. He later revealed that the NSA also has the content of the telephone bills, bank statements, utility bills and credit card bills of everyone in America.

In his letter to Wyden last week, Clapper not only implicitly acknowledged that Snowden was correct all along, but also that he, Clapper, lied to and materially misled the Senate Intelligence Committee, and that the NSA is in fact reading emails and listening to phone calls without obtaining the second warrant it has been claiming it obtains.

One wonders whether Obama was duped by Clapper when he denied all this, or whether he just lied to the American people as he has done in the past.

If Congress will not impeach an officer of the government when it itself is the victim of his crimes because it fears the political consequences, does it still believe in the Constitution?