Evergrande Is Not A ‘Systemic Risk.’ Politicians Are The Only Risk To The ‘System’ 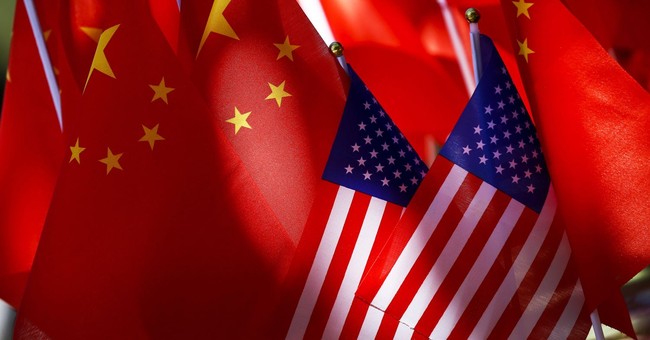 Past performance is not an indicator of future performance. A variation of the previous warning can be found in any pitch from any investment firm.

It’s a statement of the obvious, really. Success in business brings new meaning to ephemeral. In other words, it’s hard to stay on top.

Circuit City was the top performing stock of the 1980s. It doesn’t exist in 2020. In the 1990s Boston Chicken, Netscape, and eToys were at varying times hot shares. They aren’t anymore.

Looked at another way, if you’re looking for broad economic stagnation by city, state or country, find the locales where the same businesses dominate those cities, states and countries for decades. Where economies boom, the team picture of great is changing all the time.

Which brings us to Evergrande, Readers are already familiar with it. It’s the second largest property developer in China. Notable about Evergrande in recent weeks has been its debt situation, and questions about its ability to service the debt.

As most know, the expressed worry is that a failure by Evergrande to stay current could shake markets due to local and perhaps global exposure to the very large company. Furthermore, the Chinese people are increasingly large customers of the world, so the failure of one of its major corporations may say something bigger about the country’s economy, and its presumed strength. The broad analysis doesn’t stand up to basic reason.

Missed by the business commentariat is that the only risk to economic progress is commercial stasis. The latter is a sign that investment is the opposite of intrepid, and as a consequence there will be no new businesses replacing the existing ones. It’s the home entertainment equivalent of the Blockbuster Nights that were very much a thing in the 1990s and 2000s still being a thing in the 2020s. Can you imagine?

Some investors did, and they lost big as a consequence. They didn’t see the future. Blockbuster certainly didn’t, its focus was on expanding in the physical DVD/VHS rental space, only to have Netflix NFLX -2.6% (twice Netflix offered itself up for sale to Blockbuster, it was turned down twice…) swoop in and innovate it out of existence.

Did Blockbuster’s implosion shake the markets, or did it represent “systemic risk”? Not a chance. In a dynamic economy, failure is the norm. Either businesses don’t measure up when it comes to meeting the needs of their customers, or some other business replaces them, but we only lose if an inadequate commercial concept continues to hog precious resources to the detriment of new entrants.

About new entrants, never forget the basic truth that there are no entrepreneurs without capital. Some think of capital as “money,” and that’s certainly true in a strict sense. But money’s worth is a function of the resources it can be exchanged for. That’s one of many reasons why failure is such a crucial driver of success and economic growth. New business concepts need resources, and failure makes it possible for them to sometimes acquire the resources (including human) on the relative cheap. When Blockbuster was replaced, it’s not as though its assets vanished. Quite the opposite.

To all this some will reply that Blockbuster was Blockbuster, and that it shouldn’t be compared to a behemoth like Evergrande. Such a statement is true, but it’s also true that the statement makes an even bigger case for letting the failed fail. That’s the case because a bigger company that is revealing itself unequal to the resources at its disposal logically has in its employ exponentially more resources to release into better hands if it is allowed to go under.

Applied to Evergrande, will there be losers if its inability to service its debt morphs from rumor into reality? Well, of course. Consider the losers, or the all-important “counterparties” as the “seen.” The unseen in this scenario would be the myriad commercial visions that won’t be able access the resources necessary to rush an entirely different future into the present given the desire of politicians to protect the present. Which is all bailouts are.

In a free market, tomorrow rarely resembles today, and a year and five years from now are in many ways unrecognizable relative to today. The obvious source of the unrecognizability is that in a free market there are no sacred cows. What’s not measuring up doesn’t last, only for the assets controlled by the mediocre to migrate to better hands.

It’s all a reminder that absent scenarios like the one unfolding with Evergrande, we would know that China’s economy wasn’t really evolving. Failure paradoxically signals progress, which is one of many reasons why the decline of any corporation (yes, this includes banks) or corporations could never bring on a market crash or the collapse of an economy. What suffocates economies is the propping up by politicians of what market actors wouldn’t prop up on their own.

In other words, the only systemic risk related to Evergrande is a bailout of Evergrande. The latter would be a market intervention, and when you mess with the markets you get crisis. This basic truth was missed in 2008 in the U.S.

Let’s hope that Chinese government officials prove wiser than American politicians, pundits, and economists who to this day think 2008 was caused by the failure of a few financial institutions. This wholly mistaken view remains the only “systemic risk” in the “system” that is the U.S. economy.

John Tamny is editor of RealClearMarkets, Vice President at FreedomWorks, and a senior economic adviser to Applied Finance Advisors (www.appliedfinance.com). His new book is titled When Politicians Panicked: The New Coronavirus, Expert Opinion, and a Tragic Lapse of Reason. Other books by Tamny include They're Both Wrong: A Policy Guide for America's Frustrated Independent Thinkers, The End of Work, about the exciting growth of jobs more and more of us love, Who Needs the Fed? and Popular Economics. He can be reached at jtamny@realclearmarkets.com.