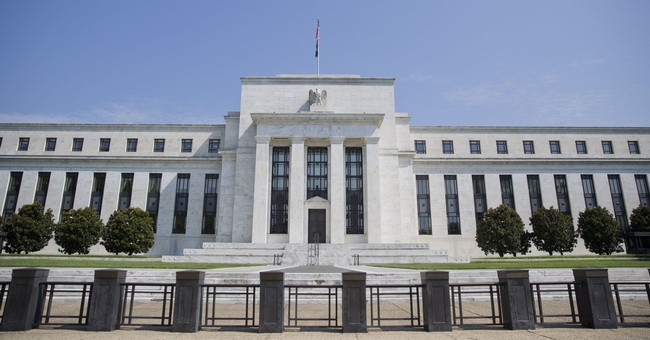 The rial is no longer Iran’s currency. It was recently replaced by the toman. Why was it replaced? The answer is really simple. Since 1971 the rial has been devalued over 3,500 times. Translated for those who need translation, the rial long ago ceased to function as a currency.

In order for currencies to be broadly circulated, they must be trusted. That’s the case because no one exchanges money when they transact. In truth, they exchange products for other products. Money is just an agreement about value that facilitates the transaction.

All of the above is a reminder that when monetary authorities devalue what we call “money,” they’re robbing workers of the fruits of their work. It’s as simple as that. If money is consistently shrinking as a measure exchangeable for goods and services, so is the value of our work. It’s being taken from us. Politicians can shrink our buying power through direct taxation, or they can do so through the tax that is devaluation. Both are cruel levies placed on our work.

That currency devaluation is as old as money is explains better than anything else why Judy Shelton - whose nomination to the Federal Reserve Board was stalled Tuesday by a Senate committee vote - has been such an insightful and muscular voice in favor of credible money for decades. To know Shelton is to know how thoroughly decent she is, and how gracious she is. To know her is to want to be like her. She’s also a very compassionate person. One of the most animating factors of her work over the decades is that she rightly sees currency devaluation as incredibly unjust.

Shelton has long focused on monetary policy because she’s long been horrified by the despicable act of devaluation. In its extreme form, it’s what’s happened in Iran. The Iranians who were paid for their toil in rial saw their life’s work taken from them. Shelton views this as tragic.

Looked at through a dollar lens, U.S. monetary authorities haven’t wrecked the dollar in the way that Iranian authorities have. Evidence supporting the previous assertion is that the dollar is still accepted as “money” around the world. Its global acceptance is a consequence of it having for the most part held its value over the decades.

In Shelton’s case, the “for the most part” when it comes to the dollar’s constancy as a measure of value is what concerns her. Per Adam Smith, the “sole use of money is to circulate consumable goods.” Money should be a stable and forever measure of value. Historically it was. Gold was the market commodity used to anchor money not with the view of limiting the supply of money, but because gold has long been the commodity least affected in price by surges in its supply or demand. Gold has long been the constant, which explains why it’s defined currencies around the world for hundreds, and realistically thousands of years.

Gold-defined money existed as assurance for workers that their immense effort on the job would not be taken from them by stealth. Simple as that.

So while the dollar’s exchange value has never been a Fed function to begin with, and wouldn’t be even if Shelton were Fed Chairman, Shelton has a positive view of gold-defined money precisely because she wants to end the currency devaluations that so cruelly rob innocent workers of the fruits of their work. Translated for those who need it, Shelton’s allegiance isn’t to gold as much as it’s to workers whom she hates to see being shortchanged.

That’s why, assuming a commodity or dollar-issuing method comes along that reveals itself as more price stable than gold, Shelton would logically support that which imbued the dollar with even greater stability. Shelton respects hard work, and stable money as a measure of value is what ensures that effort in the workplace won’t happen in vain.

What’s sad is that Shelton’s views are seen by some as “controversial.” Somehow her tireless support of money that holds its value so that workers get to retain the value of their work has economists in particular up in arms. Notable here is that the Fed is the largest employer of economists in the world. Many inside the central bank view the notion of stable money as improper, or yes, “controversial.” That they don’t share Shelton’s vision of money, one that has been around for millennia, is a happy reminder of what a great addition Shelton will be at the Fed. Her presence will force the economists in its employ out of their comfort zones, and perhaps cause them to reconsider why they reflexively disagree with Shelton about money.

In the process, they might pause to consider what Shelton already knows intimately: there are no companies and no jobs without investment first. And when investors put money to work, they are buying future dollar income streams and future returns in dollars. It’s a reminder that devaluation doesn’t just eviscerate the value of our toil. Indeed, it’s also a tax on the very investment without which work opportunities would be rather limited.

Judy Shelton is pro-worker and also pro-work opportunity. Yet her decades-long support for workers and work opportunities is viewed by some as controversial. That’s truly scandalous. Though yesterday's vote revealed an uphill battle for the nominee, there’s still a chance for Shelton to be confirmed. Republicans need to make it happen.

John Tamny is editor of RealClearMarkets, Vice President at FreedomWorks, and a senior economic adviser to Toreador Research and Trading (www.trtadvisors.com). His next book, set for release in March of 2021, is titled When Politicians Panicked: The New Coronavirus, Expert Opinion, and a Tragic Lapse of Reason. Other books by Tamny include They're Both Wrong: A Policy Guide for America's Frustrated Independent Thinkers, The End of Work, about the exciting growth of jobs more and more of us love, Who Needs the Fed? and Popular Economics. He can be reached at jtamny@realclearmarkets.com.