Europeans Discover The Myth About 'Safety Nets' The Hard Way 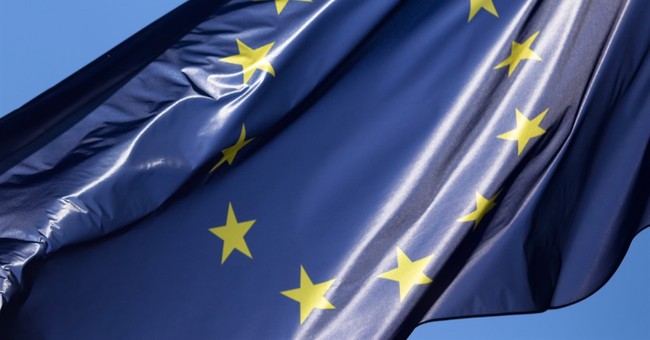 Economic discussions would be much better if it were understood that no one receives dollar, euro, yen, pound or yuan “aid.” They receive the goods that those currencies can be exchanged for. Money on its own doesn’t feed, shelter or clothe. It’s only useful insofar as it’s accepted by the producers of actual goods and services.

This simple truth is hopefully useful as a backdrop to what’s happening in Europe right now. As Liz Alderman of the New York Times reported on Tuesday, Europeans are presently suffering rather painful job cuts. In Alderman’s words, “At BP, 10,000 jobs. At Lufthansa, 22,000. At Renault, 14,600.”

To the half awake in our midst, what’s happening is a statement of the obvious. Some of the most stringent lockdowns related to the coronavirus happened in Europe. The shutdowns in France were the strictest, including limits on simply leaving one’s home. The virus spread despite, but so did economic contraction.

That contraction spread was a blinding glimpse of the obvious. Lockdowns by their very name limit activity, including that related to work. With Europeans suddenly experiencing reduced personal and economic mobility, production was naturally going to decline.

All that, plus the only closed economy is the world economy. A not insubstantial portion of Europe’s economic vitality is a consequence of production elsewhere. Translated, tourism looms large on a continent that increasingly limited the inflow of tourists. European goods of the car and clothes variety similarly enchant the world’s citizenry, but with global demand a consequence of supplying first, it’s no insight to say that Europe’s countries suffered economically the lockdowns that took place far from Europe.

But wait, some will say, Europe has a “safety net.” Its countries are led by enlightened types who place a cushion under the economically displaced. Don’t readers remember all the fawning reports from Europe in April and May? It was said then that Europeans believe in science (hence the lockdowns), and their belief in science positioned governments to shut things down sans protest. The latter was muted because those same enlightened governments subsidized corporate maintenance of jobs that were rendered rather redundant by a major decline in economic activity.

Europe got it right was the view. Its people stayed home in order to keep the virus at bay (except for where this didn’t work very well – think France once again….), plus they kept their jobs.

Except that they didn’t. Whether public or private, corporations aren’t charities. Eventually they were going to run out of the funds to prop up the alarmism of enlightened European leaders and citizens.

This happened precisely because European governments ran out of money. Or there were limits to their subsidizing the impossible whereby in the words of Alderman, “European countries ordered businesses to shutter and employees to stay home,” only for the governments in those countries to “shield workers from the prospect of mass joblessness, extending billions to businesses to keep people employed.” What’s that Thatcher said about socialists, that eventually they run out of other people’s money?

The above truth would be easier to understand if it were better understood that money itself once again isn’t wealth. Money merely moves actual wealth around. European governments couldn’t continue to subsidize idle workers simply because an ability to not work is – gasp – a consequence of production. Get it?

Governments don’t or can’t just pull money from the sky no matter how many times the central-bank obsessed claim they can. In truth, governments can only subsidize a lack of work insofar as others are working in prodigious fashion. Translating what really doesn’t require translation, there’s no such thing as government spending. What’s real is that governments can give out access to food, clothing and shelter only insofar as they can arrogate to themselves a piece of the actual production in an economy.

Europe’s governments were never generous as much as the productive in Europe were long willing to be fleeced to varying degrees so that politicians would handle the dirty work of clothing, feeding and sheltering those who lacked the means to do for themselves. Major social welfare programs are never where there’s there little production, and ubiquitous to varying degrees where there’s lots of it.

What’s happening now is that Europeans are unwittingly happening on the basic truth that Say’s Law is real. Consumption is what happens after production. By definition. Wouldn’t so many love to be free to consume without the toil that enables it? Yes, all too many of us would love to be heirs.

Of course, too easily forgotten is that heirs are able to consume with abandon precisely because those who came before them produced with abandon. Consumption is a consequence, not a driver of economic growth.

Which is why Europeans are now being forced to face up to a cruel reality. No country or continent ever consumed its way to prosperity. Consumption is the reward after the production.

Oh well, European politicians sidelined the continent’s producers only to hand them euros, pounds and francs so that they could continue consuming. It’s sustainable for a while, but if much of a continent and much of the world isn’t producing, eventually the producers of the wealth that enable the handouts are going to be confronted with their own reality. The latter is one that says no business will remain as one if those in its employ are idled. As for governments, they once again can only subsidize a lack of toil insofar as people are toiling.

This collision of reality brought Europe to a logical conclusion. The money that is a consequence of production, and that only has value where there’s production, plainly ran out. Hence the layoffs. Crucial is that government can’t reverse this bit of reality. Only private production can. Which brings us back to what’s simple and easy: if countries want their economies revived, they must end the restrictions that are limiting the private production without which governments have nothing to hand out.