If This (Horror) Story Of Government Spending Doesn't Change You, Nothing Will 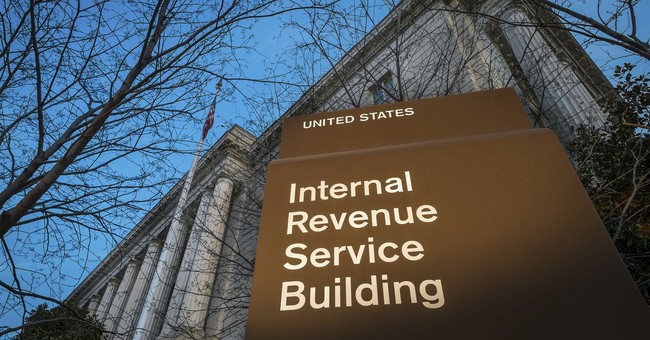 That 90% of Silicon Valley start-ups fail is often mentioned in these columns, and it’s in many ways the theme of my upcoming book, They’re Both Wrong. Investor and writer Andy Kessler alerted me to the number, and it’s one that anyone aiming to understand economics should internalize.

The 90% number is a reminder that bad ideas in Silicon Valley quickly fail. The Valley’s immense wealth isn’t an effect of constant success; rather it’s a certain consequence of persistent failure that forces constant learning and improvement. What makes no sense dies with great rapidity in northern California, so that good ideas can be born.

The truth about Silicon Valley’s economics is an inconvenient one for members of the right convinced that the center of technological innovation is a hive of socialists. Please. The latter is a myth that the overly sensitive have chosen to focus on in order to promote their alarmist narrative about the U.S. going the way of Venezuela, or Greece, or Zimbabwe.

Just the same, the Valley’s relentlessly capitalist ways similarly mock members of the left who defend government spending as compassionate. No, it’s waste. Plain and simple. All wealth is initially created in the private sector, and government spending is the wasteful consequence. We know it’s wasteful because we know that bad ideas in government almost never die. What’s mindless persists. Government is the polar opposite of superrich Silicon Valley.

While what fails in the private sector is mothballed, what belly flops in the governmental sphere is frequently rewarded with more taxpayer funds. That’s why government waste is a first order redundancy. Of course it's waste. Absent the possibility of investor withdrawal whereby what makes no sense is rapidly starved of resources, what’s ridiculous just grows and grows.

Which brings us to a front page Wall Street Journal article from Tuesday. Even though airplanes can transport passengers from Chicago to St. Louis in less than 1 hour, Amtrak (our national train service) has a train route in place that can similarly transport passengers between the two cities. The problem is that what takes less than an hour by plane takes 5 ½ hours by train. Sadly, the Amtrak story gets worse.

As the Journal went on to report, “a fast-rail project is under way in Illinois.” It’s hard not laugh while typing, but this project will push the top speed of Amtrak trains traveling from Chicago to St. Louis up to 110 miles per hour, thus “shaving just an hour” off a trip that as previously mentioned takes 5 ½ hours. Fear not, the story gets even worse.

You see, $2 billion was spent so that Amtrak trains traveling between STL and Chicago would take 4 ½ hours instead of 5 ½. Unsurprisingly, this non-improvement isn’t or won’t impress passengers. The present expectation is that, assuming top speeds of 110 mph, “the share of people who travel between the two cities by rail could rise just a few percentage points.” On its own, American Airlines already flies seven times per day from Chicago to St. Louis. In an hour.

So while there are countless stories and lessons about the folly of government spending, the waste of $2 billion on something that makes no economic sense loudly exposes the horrors of Congress controlling so much of the wealth first created in the real world. The waste is monstrous. And this is just Amtrak. Ideally the Amtrak story instructs.

Ideally it’s a reminder that with government spending, it’s not a Democrat or Republican thing. Politicians exist to spend, so the cost of government grows and grows regardless of the Party in charge.

Readers would be wise to consider how the money is spent. The federal government costs close to $4 trillion each year, and with Amtrak in mind, readers might imagine all the other waste taking place across various federal programs. Crucial here is that the nearly $4 trillion used to be in the private sector.

Now it’s not, which means close to $4 trillion is annually allocated by politicians in obnoxiously obtuse fashion. That it’s misallocated is a blinding glimpse of the obvious. When failure doesn’t inform one’s actions, the inevitable result is economy-sapping waste.

It cost Amtrak $2 billion to “improve” service that was never necessary, while $500,000 was all it took for Peter Thiel to purchase 10 percent of Facebook in 2004. With the long history of nosebleed federal spending very much in mind, how many Facebooks have been suffocated by government waste that economists laughably tell us stimulates economic growth?

This is not a partisan issue. It’s one of common sense. Government, whether run by Republicans or Democrats, can only mis-appropriate what’s precious. Sane people on each side should energetically oppose the falsehood that is “government spending” simply because it’s not government spending.

"Government spending" is a horror story that cannot be stressed enough simply because it has everything to do with suffocating the amazing under the gargantuan weight of what has to be flamboyantly dumb by virtue of failure informing none of it. Call "government spending" what is: freedom-sapping economic contraction that robs us of trillions worth of experimentation necessary to employ us much better, improve our living standards, and substantially elongate our lives.