Sorry Mystics, Trump Didn't Talk Up The Markets By Smacking Down The Fed 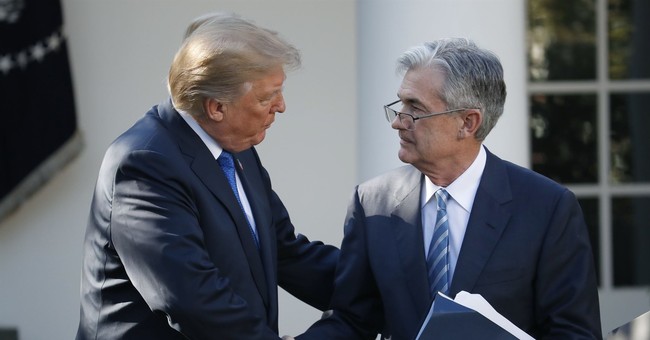 In his recently released book, This Is Cuba, Daniel Ariosto observed how U.S. dollars in most ways liquefy Cuba’s economy. For retail alone, 90% is driven by dollars. This may surprise some, but it shouldn’t. With trade, it’s always products for products. That it is explains why credible money can always be found where goods and services are. Since our myriad wants aren’t coincident, the individual who accepts paper money for a tangible item or service must know that the money will command something of equal value in the marketplace. All of this explains why the dollar has long liquefied trade in Cuba, and why it does in other “enemy” countries like Iran.

What makes Cuba perhaps more interesting (but not surprising) is that Ariosto notes how the inflow of dollars into Cuba has picked up in modern times, 116% from 2009-2014. Well, of course. As the police state has slowly begun liberalizing, opportunities to produce have grown. With increased production, money to facilitate the exchange of the fruits of that production, along with money earmarked for investment in future production, has found its way to an island formerly defined by endless poverty. Crucial here is that the Fed didn’t supply or direct the dollars to Cuba. Market forces did.

All of the above is a reminder of how “money” works. Its creation by a monetary authority or central bank doesn’t stimulate production as much as plentiful money in a specific locale is an effect of it. So while central bank mystics endlessly presume that “easy money” or “monetary ease” drives economic health, they get it 100% backwards. The Fed cannot instigate production; rather so-called “money supply” is an effect of people producing with great gusto.

If you’re productive in ways that market players value, money will find you. If you’re not, no amount of Fed ease can alter this reality. In short, abundant “money supply” would quickly depart West Baltimore today simply because there isn’t much economic activity to finance. As for Cuba, pre-liberalization there would have been little need for dollars on the island. Money is where production is, or the fruits of it.

Central banks can’t alter reality, despite how very much believers in monetary magic believe they can. Cubans are more productive today, and “money supply” is logically greater in Cuba as a result. Very opposite the musings of the modern religionists who’ve shifted their faith from church to central bank, so-called “money supply” isn’t something any reasonable person should worry about. Money is wherever there’s production. Period.

Funny here is that certain Trump partisans have been arguing that the Fed’s “rate hikes” were suffocating the “Trump boom” and the “Trump stock market.” Implicit in this commentary is that the direction of markets and economies isn’t the result of infinite opinions and positive actions as much as the Fed can engineer outcomes of the market and economic variety via rate machinations. If they’re to be believed, the Fed can decree credit availability and its costs just by meddling with the overnight rate it aims to influence. Getting into specifics, certain Republicans want us to believe that President Trump’s jawboning of the Fed whereby it “paused” in its attempts to “tighten,” succeeded in turning around stock markets that had been correcting. Apparently central planning works.

Implicit in such a view is that stocks have been rallying for decades in Japan thanks to decades worth of “ease” from the BOJ. Woops! Considering the U.S., the Fed aggressively cut rates in 2001 and 2008, only for stocks to crater in both instances. Does Jerome Powell have some kind of magic touch that Greenspan and Bernanke lacked eighteen and eleven years ago? Furthermore, it’s not as though the Fed just began hiking last fall. The four rate increases were long ago telegraphed and took place amid periods of soaring equity markets. Are we really to believe that Trump’s various laments about how "Obama had zero interest to worry about" (as though any central bank or president could command costless credit) somehow finessed a market-stimulating pause from the modern Maestro in Powell? Such a view isn’t serious. Nor does such a view stand up to basic market realities.

Indeed, as author and options trader Stephan Haller noted last week, “the market for short-term interest rates has now reversed all four of the Fed’s rate hikes from 2018.” So while Fed mystics have long overstated the central bank’s import as is (the Fed projects its well overstated influence through banks that increasingly shrink as a source of total credit), the simple truth is that market forces for actual credit have overwhelmed the Fed’s alleged tightness.

Crucial here is that even if market interest rates hadn’t reversed the Fed’s vain attempts at central planning, this wouldn’t have been a bad thing. Or for that matter a surprising thing. What’s surprising is that serious people think that a central bank can manage the supply and cost of what is globally supplied, and that is an effect of global production. Lest readers forget, those who seek credit aren’t borrowing dollars as much as they’re borrowing what dollars can be exchanged for. It’s a reminder of the obvious: credit and its price are a consequence of production, not thanks to an enlightened Fed.

More realistically, if the President and the Fed actually could manage credit availability, the U.S. economy and equity markets reflecting the future of same wouldn’t be worth talking about, except as objects of pity. Seemingly forgotten by nominal free marketeers is that economies defined by central planning of credit are desperately poor.  That is so because the true price of credit reflects access to all the world’s resources. If Trump and Powell could manipulate it for U.S. borrowers, the U.S. economy would be perpetually downtrodden as a reflection of governmental mis-allocation.

It’s a long way of saying all this focus on the Fed is just silly. The Fed logically can’t alter reality, but even if it could in the way that some Republicans imagine, how awful life would be. As GOPers clamor for the Fed to prop up markets with all the tools allegedly available to them, the real economy continues to replace the present with the future.

This is what Republicans miss in trying to divine the meaning of every market decline with an eye on reversing it: economies and markets gain strength from periods of weakness. It’s a way of replacing the past such that what mattered when the 20th century began (GE, AOL, Tyco, Worldcom and Enron were some of the most valuable U.S. companies) no longer does.

Assuming the Fed and Trump were as powerful as central bank mystics think, Apple, Amazon, Alphabet, Facebook and Microsoft would be the most valuable corporations 15 years from now, much as they are today. And the U.S. economy would be a laughingstock. No, the Fed can’t rewrite reality with a rate pause. Thank goodness it can’t.