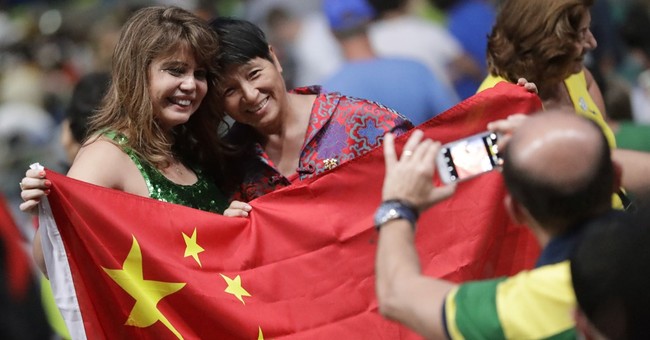 Americans living and working in China must leave the communist country now. If not, they will be complicit in the continued growth of the most brutal regime the world has seen since the death of Mao Zedong.

Scholar estimate Mao’s “modernization” plan killed 45-80 million Chinese, some by torture, some by starvation, some by summary execution.

With the election of its current president Xi, China embarked on a new “modernization” plan.

It’s an aggressive plan to isolate and control Chinese citizens in feudal subjugation, expand Chinese territorial ambitions by violating the rights of Hong Kong, annexing Taiwan, and gaining the cooperation of Pacific countries by bribery, bullying, extortion, and threat.

Vietnam, the Philippines, Cambodia, Laos—in fact, all of Asia-- are at risk of war with Beijing at any time.

The Congressional-Executive Commission on China estimates that there are about 1,600 political or religious prisoners that they know about in currently in China. That number doesn’t include the estimated 3 million ethic Uyghurs in concentration camps in China.

It doesn’t include the victims of human trafficking and ordinary human rights abuses.

There is no freedom of expression in China, no freedom to live and work where you want, no access to the legal system, no ability to follow your conscience. Worker, women's, and minority rights are all regularly violated.

Chinese authorities have been increasingly willing to detain and harass Westerners--including Americans-- as opposition to China’s modernization schemes increase in the West.

Americans living and working in China run considerable risk to their freedom and their lives by staying in China.

Beijing has detained Americans, Canadians, and Japanese in commercial disputes within the last two years.

What happens to Westerners when Hong Kong explodes? How will this amoral regime use Westerners then?

Today, Beijing is using money supplied by American consumers-- and technical means supplied by an American workforce and materials-- to institute a surveillance state that has an iron grip on society.

The goal of Beijing is to be able to create “non-people” of those who present any amount of criticism of the government. “Non-people” can’t get jobs, can’t move to a new city, can’t use a bank account.

The last is especially effective, since cash transactions are virtually non-existent in China.

Facial recognition systems are gaining in ubiquity in China. Video cameras are used by the government to track citizens at traffic lights, in airports, taxi cabs, and in the work place. Beijing is instituting facial recognition systems as required log-ins for internet applications, thereby ensuring all Chinese citizens and any visiting foreigners will get cataloged by the government.

Already, most Chinese simply assume the government uses their cellphone and computer cameras and microphones to spy on them. But now they will know for sure.

This expansion of power will not end well for them or for America. When you see a prison being built brick-by-brick, one must assume some day it will be full of people.

Never in history has a government enjoyed such total supremacy over their subjects. Why would any government design and execute a system of such total control? Even if the Chinese government had only the best intentions, if would be irresponsible to vest such power in it.

And people living and working in China by choice are their most valuable aiders and abettors.

The choice for Americans is simple and virtuous: Leave China now.