The Most Important Jobs Report In A Decade 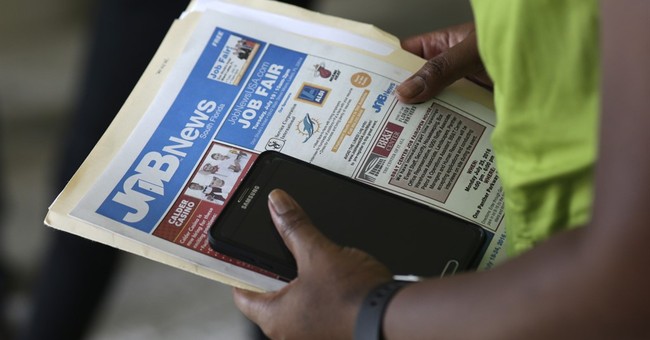 The most important jobs report in a decade was just released and it showed why I’m a genius. Or at least, maybe, why Trump is.

313,000 jobs were added in February according to the Bureau of Labor Statistics. That’s a lot of jobs, particularly as they occurred in the first quarter, which always gave the Obama economy fits. The Obama administration so often blamed “winter weather” for poor economic performance, that the should have named each winter storm of the first quarter “Winter Storm Obama.”

But the great jobs report this week is historic for another, more significant reason: Once-hopeless, chronically unemployed people are coming back to the workforce, because, thanks to Trump, the corporate workplace in America is robust enough to sustain them.

More impressive than the 313,000 extra jobs created, is the 806,000 people who reentered the workforce. Just in February.

“The civilian labor force rose by 806,000 in February,” said the BLS. “The labor force participation rate increased by 0.3 percentage point over the month to 63.0.”

Trump has promised to restore GDP to above 4 percent annual growth.

Those extra workers entering the workforce are significant because that’s where the extra GDP under Trump – the growth that has been missing under Obama—will come from.

Economist often miss this rather simple relationship: For every person in the workforce with a job, GDP goes up.

Trump, in contrast to his predecessor, has not missed it.

Under Obama, GDP growth only averaged 1.6 percent annually over eight years. Even if you remove 2009 when GDP contracted by 2.8 percent, Obama still averaged only 2.2 percent growth in the remainder of his presidency. (Note: The Bureau of Economic Analysis changed the way that they calculate GDP in 2015. Many commentators use 3 percent annual GDP growth rate as the historical average, but using the new methodology 4 percent annual growth is closer to the historical norm. The numbers quoted here use the new methodology.)

As I mentioned back when the January jobs reports was released, the consensus amongst economists was that the labor market was growing increasingly tight, making job creation without significant wage inflation, difficult.

For years we have been told that a shrinking of the workforce and sub-par GDP were the new normal conditions, that there was nothing inherently wrong with Obama’s approach to the economy. Economists have continued to say that is so.

But the newest job report blows the lid off that self deception because so many people are reentering the workforce. Economists are amazed, while Wall Street cheers.

“For the fifth month in a row,” reports a confused New York Times, “the jobless rate remained unchanged at 4.1 percent, a 17-year low. And hundreds of thousands of people streamed into the job market, confounding analysts who have insisted that the pool of potential workers has been depleted.”

The supposedly non-partisan Congressional Budget Office (economists, pessimists, apologists)  has suggested that labor force participation will continue to decline, with an aging population offsetting any increase in the labor force. More importantly the CBO has implied that about only 16 percent the decline in labor participation rates has been the result of the misguided policies of Obama.

“Of the roughly 3 percentage-point net decline in the labor force participation rate between the end of 2007 and the end of 2013” said a CBO report published in 2015, “…about one-half of a percentage point was attributable to unusual aspects of the slow recovery that led workers to become discouraged and permanently drop out of the labor force.” [Author’s emphasis].

In other words, last month 3 out of every 5 workers that the CBO says left the workforce because of Obama, returned to the workforce.

Last week the House Budget Committee launched a review of the Congressional Budget Office’s methodologies, which in so many other cases—especially Obamacare—has been widely criticized for forecasts that have been very wide of the the mark. The CBO predicted, amongst other things, that Obamcare would enroll 21 million by 2016. The enrollment was actually 10 million.

The difference between how economists at the CBO tell us the world works (for the government) and how it really works (for us) is the why the labor force can continue to grow under Trump, along with GDP.

In contrast to Obama, Trump pumped up expectations for the economy this week:

With more jobs reports that see masses of people re-enter the workforce, 4-5 percent annual GDP growth is probable, just as I mentioned in January.

That’s why last week’s jobs report is the most important in a decade.