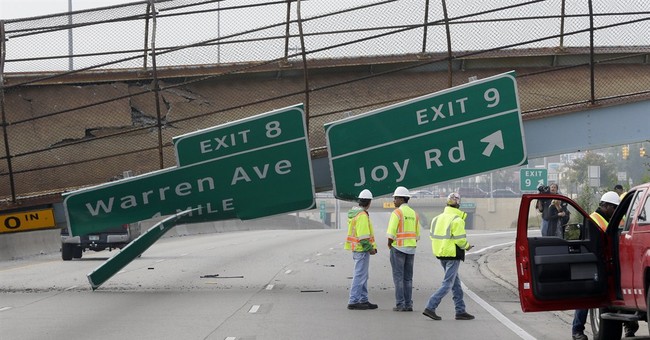 Corporations are fleeing the United States for the relative tax benefits of places like Ireland. And the corporate self-exile trend is helping to push merger and acquisition activity to the highest level since the 2008 financial crash-- but it's not cause for joy. Just the opposite in fact.

“Worldwide, $2.6 trillion in M&A has been reported up to Sept. 26, according to Thomson Reuters data,” writes Investor’s Business Daily, “the most since the $3.2 trillion seven years ago. It's a big jump from the $1.6 trillion in buyouts and takeovers in the same span last year.”

The merger activity isn’t just an indictment of a broken tax system, although it is certainly that. It’s also symptomatic of an economy that has been so dislocated by liberal make-a-wish policies that corporations are resorting to more balance sheet arbitrage to dress up results for investors who demand results…just as investors should demand results.

But while Wall Street will certainly revel in the profits—as they should-- it’s time that the children in this abusive marriage between bankers and DC sue to end the relationship. The bankers, as the battered spouse in this relationship, are too close to the abuser to object, that's why it lies to rest of us.

The game has gone on now for six years and more, fueled by easy money policies via the Federal Reserve. The Fed has added to the fuel of zero interest rates by buying nearly $3.5 trillion in U.S. government debt, much of it the highly toxic debt created by the housing bubble that burst from 2006 to 2008.

In turn that money has gone to financing dividend payments, share buy back programs and now merger and acquisition activity of public companies that while certainly accretive to shareholders and earnings per share, are not indications of healthy corporate bottom lines.

“U.S. corporations have been able to squeeze a lot of lemonade from the wizened fruit of the current recovery,” says CovergEx chief market analyst Nicholas Colas, “generating excellent earnings from lackluster sales growth. Wall Street is used to that trick by now; we need to see some new material to hold our interest. And that means revenue growth commensurate with the color we hear from the Federal Reserve as it begins to chart its path to higher interest rates.”

After subtracting for inflation, said Colas in the middle of September, the 30 stocks in the Dow, for example, are only growing revenue by just about 1 percent annually.

That, combined with the accounting tricks, may be enough to keep earnings going up temporarily but unless Wall Street invents some new accounting tricks eventually the Street is going to have to rely on old-fashioned sales growth to keep the party going.

Part of the argument against temporary stimulus measures has been that Wall Street begins to get hooked on the appearance of earnings growth when in fact it’s just a mirage created by the heat of easy money.

One day, without even going through a true business cycle, earnings expectations could collapse because the bankers on Wall Street and the lobbyists on K Street have run out of tricks to play.

And if they don’t run out of tricks, it’s only because a worse scenario awaits us: More laws, for more money, for more earnings gimmicks – like an “everyone-gets-a-loan” mortgage program sponsored by Uncle Sam or a rebate certificate that allows you to buy a car with your neighbor’s tax money.

As long as our fiscal policies are created primarily to help politicians get reelected by demonizing true productivity and rewarding sloth, expect the crash to come any day now.

The day of reckoning could be tomorrow, or it could be ten years from now.

But raise your hands if you want it to be the day you retire.