A Q3 Look Back And A Q4 Look Ahead 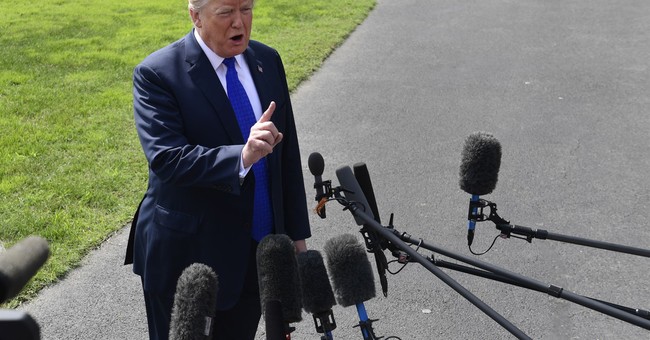 I don’t know about you, but to me it just didn’t feel like we had the best quarter for stocks since 2013. I say that because throughout the third quarter, there has been a waft of uncertainty over Wall Street and Washington that’s served to somewhat obscure the evidence of just how strong stocks have been.

The NASDAQ Composite also was up sharply in the third quarter, gaining 8.61% and coming in as the clear victor year to date with a total return of 20.18%. Small-cap stocks, as well as mid-cap stocks, did well in Q3, although both segments lagged their larger-cap brethren.

The broad gains in domestic equities during Q3 were largely driven by strong economic data, solid earnings growth and improved clarity on global trade. Perhaps not surprisingly, those positive factors often were overlooked, as news headlines focused on various political firestorms and the continued trade uncertainty between the United States and China.

Yet, in what has become a recurring theme for the 2018 market, positive economic and corporate fundamentals once again outweighed the admittedly unnerving political headlines. The fact is when it comes to economic growth, it’s simply the best we’ve seen in years.

The final reading of second-quarter Gross Domestic Product (GDP) showed growth above 4% annually. According to the Atlanta Federal Reserve GDPNow estimates, we can expect a similarly strong number for the third quarter. To put that in its proper context, the last time the U.S. economy posted two consecutive quarters of annual GDP growth close to 4% was in mid-2014. Prior to that, it was late 2004!

Regarding the one big headwind of global trade concerns that seemed to dominate the headlines in Q3, we’ve seen material progress on three of the four uncertain fronts at the start of the quarter.

Yes, concerns about the U.S.-China trade relationship remain, but the third quarter also saw important resolutions to the other trade situations. In July, the United States and the European Union reached a trade agreement that would prevent retaliatory tariffs and promised to investigate ways to further promote free trade. In August, the United States and Mexico agreed to a trade framework to replace the North American Free Trade Agreement (NAFTA), and on the final day of September, Canada reached an agreement to join the existing U.S.-Mexico deal, settling another potential U.S. trade dispute.

As mentioned, we started the third quarter with four areas of trade-related concerns, and now we have just one (albeit the biggest) area of concern — China. And while the U.S.-China trade relationship definitely represents a potential risk to the global economy and markets, it’s important to remember that so far in 2018, a strong U.S. economy and healthy corporate fundamentals have powered stocks higher through multiple periods of trade, political and international uncertainty — and that’s a critical context to consider as we enter the final quarter of the year.

So, what’s likely ahead for stocks in Q4?

Will we see volatility in Q4? I think we can safely say that this quarter will be more volatile than Q3, simply because last quarter, stocks just kept pushing the gas pedal. Markets need to brake now and then, so look for some slowing over the next couple of months (remember, September and October are traditionally down months for stocks).

As for the big questions facing markets in the fourth quarter, they include:

It’s unclear how, or when, these questions will be answered, and what those implications will be for markets. Yet as 2018 has shown us so far, uncertainty is not, by itself, enough to offset strong fundamentals in the U.S. economy and corporate America.

Also remember that markets always face uncertainties, especially at the start of a new quarter. Yet, over the long term, it is core economic and corporate fundamentals that drive market returns — and not the seemingly omnipresent waft of uncertainty generated by media headlines.

Finally, would you like to approach the markets with a proven plan that’s helped investors just like you protect and grow their money for more than four decades? If so, then I invite you to check out my Successful Investing advisory service, right now!