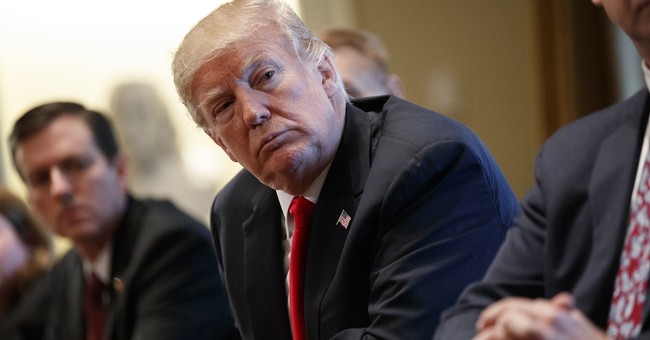 I guess it shouldn’t have come as a big surprise. After all, presidential candidate Donald Trump promised to protect American jobs and right the perceived wrongs of “very, very bad trade deals.”

Still, the surprise announcement by President Trump last week of some rather substantial tariffs on all steel and aluminum imports into the United States left me scratching my head. I say that because I don’t know anyone who can give me a good argument that tariffs (which are just another form of taxation) on the American people are good economic policy.

Moreover, additional taxes that favor one industry at the expense of many others amount to everything wrong with the special-interest-run “Washington swamp” that President Trump said he wanted to drain.

“President Donald Trump genuinely believes that his steel and aluminum tariffs will save thousands of blue-collar jobs. And we know from our interactions with him that he truly cares about these workers in Pennsylvania, Ohio and other Rust Belt states. We do, too, and we don’t want factories to shut down. But even if tariffs save every one of the 140,000 or so steel jobs in America, it puts at risk 5 million manufacturing jobs and related jobs in industries that use steel. These producers now have to compete in hypercompetitive international markets using steel that is 20 percent above the world price and aluminum that is 7 to 10 percent above the price paid by our foreign rivals.”

Still, we hear the arguments from those advocating tariffs as a corrective measure to the perceived injustices on the trade landscape. These arguments include claims such as: 1) The domestic steel industry has been decimated, 2) We must impose tariffs because foreign governments subsidize their industries, 3) We should impose tariffs for national security reasons, and 4) We need tariffs to fight against China’s overproduction and subsidies.

Each of these arguments are refuted brilliantly by Veronique de Rugy, a senior research fellow at the Mercatus Center at George Mason University, in a great piece in Reason. For those who want to dig into the details of each refutation, I recommend giving it a read.

Yet, as investors, we have a more direct stake in the tariff issue.

In fact, the question I’ve been asked most over the past several days by friends, colleagues and readers alike is, “Will tariffs hurt the economy, and will tariffs send the stock market lower?”

On the economic front, I think it helps to put things into perspective.

According to the Commerce Department, steel and aluminum imports in 2017 were $37 billion and $10 billion, respectively. Steel production was about $100 billion while aluminum was about $2 billion.

Now, given the relatively minute size of the steel and aluminum industry, how could a 25% and 10% respective tariffs on each really be a negative for the economy? The answer depends on how the rest of the world reacts to these tariffs.

Consider that the European Union (EU) already has threatened to retaliate to the tariffs by imposing 25% tariffs on over $3 billion of U.S. exports to Europe. In reaction, President Trump tweeted that if the Europeans did that, he’d slap a tax on European auto imports.

And herein lies the real threat to both the economy, and the stock market — the threat of a potential global trade war.

If that happens, it will be devastating from both an economic standpoint and a stock market standpoint. A trade war between the United States and the European Union, China and other major economies will slow down the U.S. economy while at the same time ramping up inflation.

Additional taxes (tariffs) on imported consumer goods, especially from China, would hit consumers’ pocketbooks hard, while also causing prices in general to rise. That, in turn, could cause a slowdown in consumer spending that would hurt corporate profits.

Fortunately, things haven’t escalated yet, but then again, the tariffs proposed by the president have yet to become official. Still, the question remains: Will tariffs and a possible trade war cause a correction in stocks?

The way I see it, all we can say for certain at this stage of the game is that tariffs enhance market uncertainty, and enhanced uncertainty leads inevitably to increased volatility. That doesn’t mean a correction is imminent, as markets tend to climb walls of worry.

It does, however, mean that in addition to a Federal Reserve committed to hiking interest rates and unwinding its balance sheet, amid equity valuations that are very high by every historic measure, and a rising interest rate environment, the market now also must grapple with tariffs and a potential trade war.

That’s not positive for the bulls, no matter how you look at it.