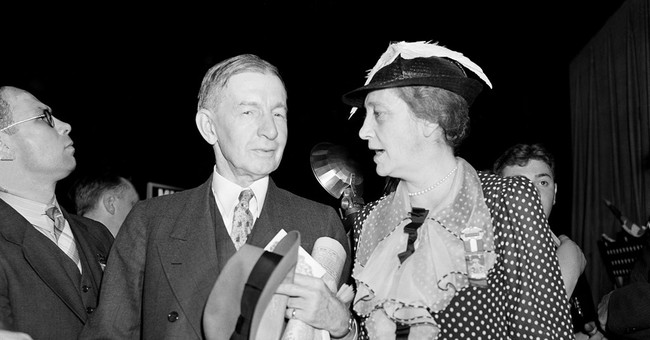 Vice President Calvin Coolidge was awakened by his father the night of August 2, 1923.  Hearing the trembling in his father’s voice, which Coolidge had only heard when a member of their family had passed; Vice President Coolidge knew something grave had happened.  President Warren G. Harding had died.  One of the first actions Calvin Coolidge did was to kneel down to pray.   He “asked God to bless the American people and give [him] power to serve them;” and soon after began “examining the Constitution to determine what might be necessary for qualifying by taking the oath of office.”  That night “by the light of [a] kerosene lamp” Calvin Coolidge’s father, a long time notary public, administered the oath of office to his son while Coolidge placed his hand on “[t]he Bible which had belonged to [his] mother.”

Calvin Coolidge’s father “had been the first to address [him] as President of the United States.”   And Coolidge acknowledged the tremendous impact it must have had on his father; saying that since his mother’s death, 38 years before, his father had hoped “that [his son] might rise to a position of importance, which [his father] now saw realized…it was the culmination of the lifelong desire of a father for the success of his son.”[1]

Calvin Coolidge assumed the office of the President on August 2, 1923, upon the unexpected death of President Harding.  When Coolidge took the oath of office in 1925 upon winning the 1924 election, he reflected that “I placed my hand on the Book of the Bible in memory of my first reading it,”[2] which was the Gospel of John which he had read to his grandfather as a child when his grandfather was ill.  He would practice immeasurable constraint as president, which he learned as a child observing his father and residents of the area he lived, saying that “I came to have a good working knowledge of the practical side of government.  I understood that it consisted of restraints which the people had imposed upon themselves in order to promote the common welfare.”[3]

The newly sworn-in President came in swinging against the largeness of government.  He picked up the mantel from President Harding and carried free-market and smaller government much further; and as our history shows, with great success.

Coolidge understood the economic obtuseness of the collectivist-statist progressives.   Commenting in 1929 on progressives in his autobiography, Coolidge wrote that the progressive actions “consisted of the claim in general that in some way the government was to be blamed because everybody was not prosperous, because it was necessary to work for a living, and because our written constitutions, the legislatures, and the courts protected the rights of private property owners especially in relation to large aggregations of property” introducing bills in congress “in an attempt to help the employee by impairing the property of the employer…this doctrine would soon destroy business and deprive them of a livelihood…I argue that the government could not relieve us from toil…in which capital and labor all have a common interest.”[4]