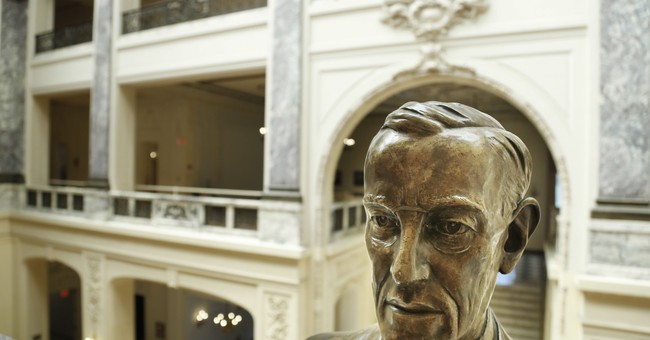 The power of good policy unfolded in the 1920s as the new Harding Administration came into Washington, DC.

While Congress pressured to pass new entitlement programs as a result of the economic strife at the end of the Wilson Administration, President Harding and Secretary Mellon not only resisted but successfully pushed in the opposite direction. The economics of the United States were explicit to Mellon. He explains in his own words:

The high rates inevitably put pressure upon the taxpayer to withdraw his capital from productive business and invest it in tax-exempt securities or find other lawful methods of avoiding the realization of taxable income.  The result is that the sources of taxation are drying up; wealth is failing to carry its share of the tax burden; and capital is being diverted into channels which yield neither revenue to the Government nor profit to the people.[1]

It seems difficult for some to understand that high rates of taxation do not necessarily mean large revenue to the Government, and that more revenue may often be obtained by lower rates.[2]

On the other hand, a decrease of taxes causes an inspiration to trade and commerce which increases the prosperity of the country so that the revenues of the Government, even on a lower basis of tax, are increased. Taxation can be reduced to a point apparently in excess of the estimated surplus, because by the cumulative effect of such reduction, expenses remaining the same, a greater revenue is obtained. High taxation, even if levied upon an economic basis, affects the prosperity of the country, because in its ultimate analysis the burden of all taxes rests only in part upon the individual or property taxed.[3]