How Collectivism Destroys Everyone 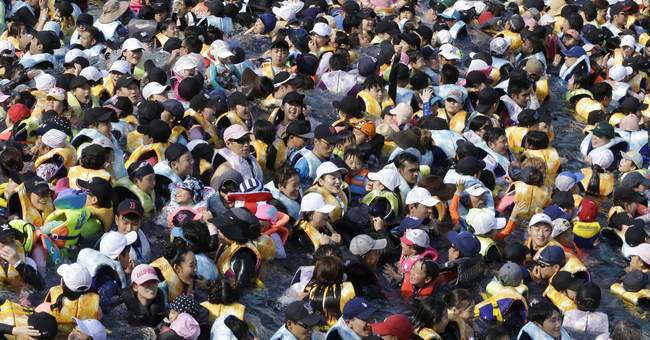 Collectivism coercively takes property from persons of higher levels of wealth and redistributes it to those of lower levels of wealth. This practice must also exercise some level of totalitarian force as a central authority must decide how much to take and who receives it – otherwise the collectivist system cannot function. So, the first societal degradation is that, by design, some level of a central authority exercises totalitarian force. But a second societal degradation is that nearly all incentive is removed from individuals to excel, develop, and risk ideas which benefit themselves and society. This phenomenon creates a downward spiral of society to reach the lowest common denominator of individuals. If people are forced into being more equal, then the standard must be lowered. “The most dramatic reductions in poverty, in countries around the world,” as economist Thomas Sowell explains, “have come from increasing the amount of wealth, rather than from a redistribution of existing wealth.”[1]

The reason for this is lesser people – be that lesser in skill, knowledge, wealth, or ambition – do not always have the capability or desire to meet a higher level in many things. We were all given different gifts, talents, and desires. Therefore, in order to equalize people, only a lowering is functionally possible.   Simply put – everyone cannot be raised to a higher performance level in everything. Lowering is the only alternative to level everyone to equal outcomes.

This creates a two level degradation. First, the collective system lowers everyone, as explained above to equalize everyone in the system. Second, most individuals degrade as they receive not just “nothing” for their effort, but, in fact, are punished because of their efforts. If they do create something unique, the prosperity it generates is taken from them and given to those who did not participate in its generation.   This phenomenon was prevalent in the former Soviet Union and the Eastern Bloc countries.

The principle of the lower common denominator becomes prevalent. The great economist Friedrich Hayek starkly explains this degradation of society:

[I]f we wish to find a high degree of uniformity and similarity of outlook, we have to descend to the regions of lower moral and intellectual standards where the more primitive and “common” instincts and tastes prevail.  This does not mean that the majority of people have low moral standards; it merely means that the largest group of people whose values are very similar are the people with low standards.  It is, as it were, the lowest common denominator which unites the largest number of people.[2]

As this downward spiral continues and also grows in size and strength, such as the enlargement of entitlements and piling on more and more into entitlement programs, as proposed by Cloward and Pivens in their 1966 article, A Strategy to End Poverty,[3] the citizenry demands more and more entitlements. The lowest common denominator continues to lower itself further and further, demanding more and more, and Hayek tells us that from this:

…comes in the second negative principle of selection: he [the central authority] will be able to obtain the support of all the docile and gullible, who have no strong convictions of their own but are prepared to accept a ready-made system of values if it is only drummed into their ears sufficiently loudly and frequently.  It will be those whose vague and imperfectly formed ideas are easily swayed and whose passions and emotions are readily aroused who will thus swell the ranks of the totalitarian party.[4]

This attitude was not one of simply libertarian economists like Hayek, the Founders share his understanding of the moral hazards of entitlement. “Virtue fed liberty,” writes historian Clinton, Rossiter, “liberty fed virtue,”[5] in reference to the attitude of the Founding generation. John Adams wrote in 1775 in his Novanglus letters:

When the people give way, their deceivers, betrayers, and destroyers press upon them so fast, that there is no resisting afterwards. The nature of the encroachment upon the American constitution is such, as to grow every day more and more encroaching. Like a cancer, it eats faster and faster every hour. The revenue creates pensioners, and the pensioners urge for more revenue. The people grow less steady, spirited, and virtuous, the seekers more numerous and more corrupt, and every day increases the circles of their dependents and expectants, until virtue, integrity, public spirit, simplicity, and frugality, become the objects of ridicule and scorn, and vanity, luxury, foppery, selfishness, meanness, and downright venality swallow up the whole society.[6]

[3] See section The Individual vs. the Collective of this essay and the reference to Richard A. Cloward and Frances Fox Piven, May 2, 1966, “A Strategy to End Poverty,” The Nation.