Who Has Economic Mobility? Everyone! 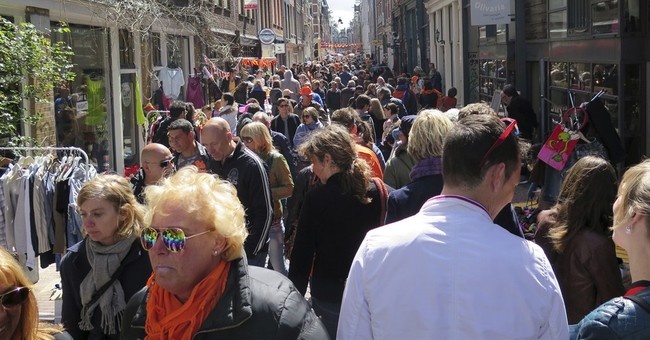 Economic mobility is very critical in the United States. This determines whether Americans prosper or not; whether or not they are able to reap the God-given talents and skills to benefit themselves and those around them. It can be considered a metric of American Exceptionalism. Wehner and Beschel articulate this point very well when they state that:

A far better way to mitigate inequality is to increase opportunity. Indeed, social mobility is the central moral promise of American economic life; the hallmark of our system is the potential for advancement and greater prosperity rooted in merit and hard work, rather than in the circumstances of one’s birth.[1]

In fact, over half of the households in the United States (57.6 percent) moved from the lowest quintile (bottom 20 percent) into higher quintiles in less than ten years, 1996 to 2005; with 29 percent moving to the next quintile, 29 percent, to the middle quintile or higher, and 5 percent moving to the highest 20 percent of income earners.[2]  Additionally, real income[3] for median taxpayers increased by 24 percent even after adjusting for inflation, while real incomes for the bottom 20 percent (lowest quintile) increased for 82 percent.[4] And, in opposition to much rhetoric, the median income of the top 1 percent from 1996 declined by 25.8 percent by 2005.[5] While the percentage of low and middle income households fell between 1975 to 2009, there was an increase in the households with annual incomes between $75,000 and $100,000, and households with incomes over $100,000, which increased from 8.4 percent in 1975 to 20.1 percent in 2009.[6] These results are amazing.

That doesn’t mean that the top income levels of some of the top 1 percent hasn’t continued to increase – it has – but the median has certainly declined occasionally. In fact, the Congressional Budget Office shows that income over the past three decades has mostly done well. It reports, “Over the [1979 to 2007] period, real median after-tax household income (half of all households have income below the median, and half have income above it) grew by 35 percent.”[7]

Out of the 105 million U.S. households, those in the top and the bottom quintiles of the income distribution experienced the least movement across the quintiles between 2001 and 2003. Sixty-eight percent of households (14 million) starting in the top quintile and 71 percent of households (15 million) starting in the bottom quintile in 2001 remained in these respective quintiles in 2003. In comparison, more than half of the households that were in the second, middle, and fourth quintiles in 2001 experienced considerable movement across the income distribution by 2003, with 44 percent to 49 remaining in their original quintile.[8]

Joe Biden's Handlers Let Him Out, and Things Are Not Fine
Redstate
Biden to Indian-American NASA engineer: Boy, you guys are taking over the country, huh?
Hotair