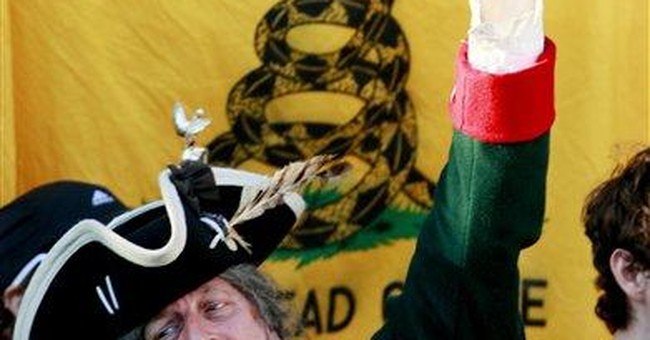 In his book, The 5000 Year Leap, W. Cleon Skousen illustrates the Founders’ acknowledgment of the linkage between “inequality thru equity” and security:

The American Founders recognized that the moment the government is authorized to start leveling the material possessions of the rich in order to have an “equal distribution of goods,” the government thereafter has the power to deprive ANY of the people of their “equal” rights to enjoy their lives, liberties, and property.[1]

Skousen goes on to say:

The power given to the government to take from the rich automatically cancelled out the principle of “guaranteed equal rights.” It opened the floodgate for the government to meddle with everybody’s rights, particularly property rights.[2]

This battle was what sparked the Boston Tea Party (as well as many other grievances) at the start of the Great Experiment and also at the core of grievances leveled by the Tea Party[3] in 2010. The colonists also find the government largeness a grave detriment to the poor, in fact, a form of slavery. Benjamin Franklin said it best when he wrote an essay to some English friends about his observations of England’s welfare programs. “I have long been of your opinion, that your legal provision for the poor is a very great evil, operating as it does to the encouragement of idleness.”[4]

Enlightenment philosopher Charles de Montesquieu saw forceful equality as destructive to a republic. He wrote, “The principle of democracy is corrupted not only when the spirit of equality is extinct, but likewise when they fall into a spirit of extreme equality… When this is the case, virtue can no longer subsist in the republic.”[5]

American colonial historian Pauline Maier clearly noted that “equality [as articulated in the Declaration of Independence] meant simply that no one held authority over others by right of birth or as a gift of God.”[6] The Founders notion in this regard correlated and was taken, per Jefferson, from John Locke’s writings and philosophy of individual sovereignty and liberty from a biblical underpinning embedded in Natural Law manifesting from God’s Law.

This spiritual and philosophical battle rages at the present in the United States. We would be most wise to heed the wisdom of our Founding Fathers who learned these lessons from our forefathers.

[5] Charles de Montesquieu, 2010 (originally published in 1748), The Spirit of the Laws, “Book VIII: Of the Corruption of the Principles of the Three Governments,” (Digireads.com Book), p 108.