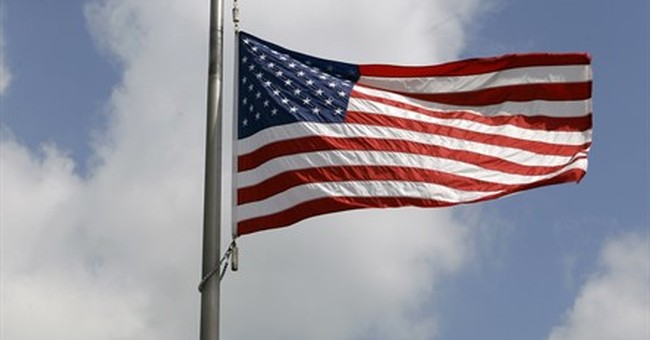 In his book, The Constitution of Liberty, Austrian economist Friedrich Hayek disclosed that, “Not only has liberty nothing to do with any other sort of equality, but it is even bound to produce inequality in many respects. This is the necessary result and part of the justification of individual liberty: if the result of individual liberty did not demonstrate that some manners of living are more successful than others, much of the case for it would vanish.”[1] This is the very reason income mobility is so predominate in America. Individuals are free to use and leverage their God-given gifts – talents, knowledge, motivation, ideas, skills, relationships, and other attributes – to work toward accomplishing whatever they desire and are willing to put their effort into, in the form of labor (of the mind and/or body) and capital, to create and fulfill their dreams and ambition.

This freedom of liberty is exactly why so many immigrants flock to America. This drive and motivation began with the Pilgrims and our forefathers and continues today. This is the Light which emanated from the Shining City, as Ronald Reagan so frequently called it.  It is a reflection of God.

This situation is nothing new or unknown. In the 1800s, Robert Hartley developed and deployed an extensive plan to help the impoverished, inspired by Scottish theologian Thomas Chalmers, who “stressed the biblical obligation of the better-off to become personally involved with the poor.“ He believed “that legal or statutory relief tended to pauperize because it removed the need for self-help and discipline.”[2]  Hartley quickly realized that poverty was chiefly a moral issue of the individual. “[He] saw that alcoholism often was part of a bundle of spiritual and material problems,” writes Marvin Olasky, that “material deprivation was often the tip of the iceberg.”[3] What Hartley discovered and worked toward was compelling “every able-bodied man” to work to support himself and his family. He believed that if a man is not capable of doing so, “it is probably owing to idleness, improvidence, or intemperance,” and he “should be compelled to work or left to suffer the consequences of their misconduct.”[4]

This echoes the apostle Paul’s warning, “For we hear that some of you are living in idleness, mere busybodies, not doing any work. Now such persons we command and exhort in the Lord Jesus Christ to do their work in quietness and to earn their own living."[5]

The first one hundred years of the United States reflected this view of the poor. Several initiatives during the 1800s proved unsuccessful, as the efforts exacerbated people’s conditions rather than improving their lives. The federal government resisted national welfare, not only because of the poor results when it was not a local effort, but because it was not the enumerated domain of the federal government.[6] President Franklin Pierce illustrated the typical federal view when he vetoed a bill for mental hospitals built and sustained by the federal government. “If Congress has the power to make provision for the indigent insane,” stated President Pierce, “it has the same power for the indigent who are not insane.” Pierce also feared such federal intervention would negatively impact local support and help for the poor and mentally ill. Pierce continued, “[S]hould this bill become a law, that Congress is to make provisions for such objects, the foundations of charity will be dried up at home.”[7]

Enlightenment philosopher and writer, Alexis de Montesquieu, whose ideas heavily influenced the Constitutional generation, rejected wealth redistribution, stating, “If the riches of a state are equality divided there will be no luxury; for it is founded merely on the conveniences acquired by the labor of others.”[8] Montesquieu clearly understood the tyranny of the collectivist state, and these views became embedded in the structure of very limited governance of the Constitution. Tocqueville also considered this a dangerous potential for a democratic society when he concluded, “The foremost or indeed the sole condition which is required in order to succeed in centralizing the supreme power in a democratic community, is to love equality, or to get men to believe you love it.  Thus the science of despotism, which was once so complex, is simplified, and reduced as it were to a single principle.”[9]

[8] Charles de Montesquieu, 2010 (originally published in 1748), The Spirit of the Laws, “Book VII: Consequences of the Different Principles of the Three Governments with Respect to Sumptuary Laws, Luxury, and the Condition of Women,” (Digireads.com Book), p 96.

Thanks to Brett Kavanaugh, We Have the Very Slippery Slope of the New CDC Eviction Order
Redstate
Harvard-Harris poll: "Defund the police" an even bigger albatross than ever
Hotair