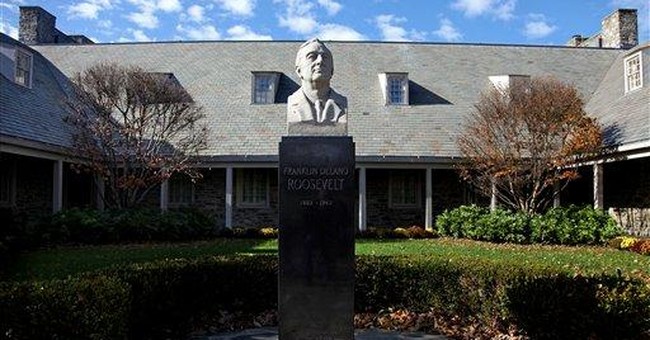 During his administration and the 1930s, President Roosevelt drove the top marginal income tax rate up to 90 percent, and even proposed to increase it to 99.5 percent for income over $100,000.  FDR even signed an executive order increasing all personal income taxes over $25,000 to 100 percent.  Congress rebuked this tyrannical tax rate and set it to 90 percent for the upper income levels.[1]  This was nonfunctional, immoral, unconstitutional, and massively destructive to the United States.   It colludes against American Exceptionalism.  It dims the very soul of Americans and steers them away from their reliance on Divine Providence and the gifts God gave them as unique individuals thriving in the Great Experiment of America – and drives them toward the collective.

But this collusion is at the very heart of the evil that conspires against America in the form of deception, which is at the forefront of the collectivists.  Economist Walter Williams[2] discloses the veil the collectivists have been hiding behind for many years.  In a study by economists Harold Cole, of the University of Pennsylvania, and Lee Ohanian, of UCLA, the veil is removed:

The fact that the Depression dragged on for years convinced generations of economists and policy-makers that capitalism could not be trusted to recover from depressions and that significant government intervention was required to achieve good outcomes.  Ironically, our work shows that the recovery would have been very rapid had the government not intervened.[3]

As Roosevelt’s New Deal continued to fail to bring the country out of the Depression there is strong evidence that FDR purposely worked the United States into WWII.   Austrian economist and historian Robert Briggs explains:

[Roosevelt] did not pay much attention to foreign policy, however, until his New Deal began to peter out in 1937.  Thereafter he relied heavily on foreign policy [policies and actions to agitate war with Japan and Germany] to fulfill his political ambitions, including his desire for reelection to an unprecedented third term.[4]

Another problem is that one wonders why the overriding goal of fiscal policy should be to maximize government revenue.  A far sounder objective would be to minimize the revenue and the resources siphoned off to the public sector.[6]

[2] Walter Williams is a professor of economics at George Mason University, and the author of many books and articles on economics, which impact policies, government, and society.

[4] Robert Higgs, December 7, 2012, “How U.S. Economic Warfare Provoked Japan’s Attack on Pearl Harbor,” Mises Daily, (Auburn, AL: Ludwig von Mises Institute), [http://mises.org/daily/6312/How-US-Economic-Warfare-Provoked-Japans-Attack-on-Pearl-Harbor].  For details on what FDR did to provoke the U.S into the war with Japan and Germany read the entire article.