The Only Path To Economic Equalization Is Tyranny 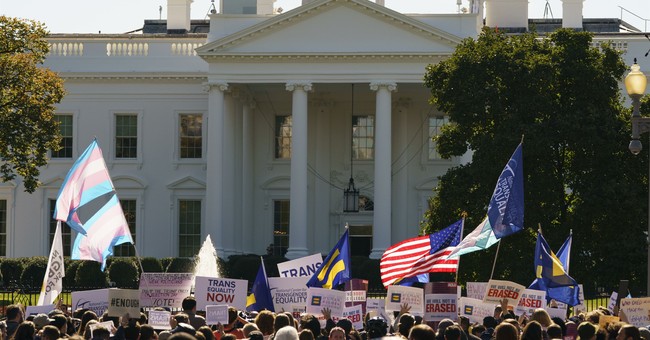 Many complain that there is greater differential between the wealthiest and the least wealthy – but there must be in order to prosper without tyranny. The key indicator to watch is, as President Kennedy referenced, the level of wealth increasing for everyone. In a free market and free society, to expect the less prosperous[1] to increase their prosperity at the same pace as the most prosperous[2] is foolish at best, but totally ignorant of reality. Of course the more prosperous will increase their wealth at a higher rate (level or percent) than the less prosperous. This is an indicator of a prosperous society. As long as the lowest levels in society are also increasing, albeit not as rapidly as the higher levels in society, then the tide is lifting all boats.

The only way for this to not happen is 1) overall prosperity for nearly everyone is decreasing, not increasing, or 2) a tyrannical, collectivist government is confiscating others' property and redistributing it to others as they see fit. And typically the first is a direct result of the second. The construct of the United States was established directly to eliminate this purpose – limited government for maximum freedom and liberty.

Even economist John Maynard Keynes acknowledged the dangerous path a collectivist government can lead to, and the difference in political and societal cultures of different nations:

It is only in authoritarian society, where sudden, substantial, all-round changes could be decreed that a flexible wage-policy could function with success.  One can imagine it in operation in Italy, Germany or Russia, but not in France, the United States or Great Britain.[3]

As I have previously illustrated in other articles (see here, here, and here), Keynes showed clarity in portions of his book, although in a manner which contradicted many of his opinions and theories, a thought process which sometimes aligns him with Austrian thinking – at least in part. Keynes recognized the market correction is needed when speculation drives values higher than the market can actually support and the natural shift which must occur. He also conceded that intervention cannot be an effective remedy to the market adjustment issue. This exact scenario played out during 2008 to 2014. Keynes explained that:

[U]nder the influence of purchases largely ignorant of what they are buying and of speculators who are more concerned with forecasting the next shift of market sentiment than with a reasonable estimate of the future yield of capital-assets, that, when disillusion falls upon an over-optimistic and over-bought market, it should fall with sudden and even catastrophic force.

[T]he collapse in the marginal efficiency of capital may be so complete that no practical reduction in the rate of interest will be enough.  If a reduction in the rate of interest was capable of proving an effective remedy by itself, it might be possible to achieve a recovery without the elapse of any considerable interval of time and by means more or less directly under the control of the monetary authority.  But, in fact, this is not usually the case; and it is not so easy to revive the marginal efficiency of capital, determined, as it is, by the uncontrollable and disobedient psychology of the business world.  It is the return of confidence, to speak in ordinary language, which is so insusceptible to control in an economy of individualistic capitalism.   This is the aspect of the slump which bankers and business men have been right in emphasizing, and which the economists who have put their faith in a “purely monetary” remedy have underestimated.[4]

Except during the war [WWI], I doubt if we have any recent experience of a boom so strong that it led to full employment.  In the United States employment was very satisfactory in 1928-29 on normal standards; but I have seen no evidence of a shortage of labour, except, perhaps, in the case of a few groups of highly specialised workers.  Some “bottle-necks” were reached, but out-put as a whole was still capable of further expansion.[5]

While unemployment was relatively low during the time period of 1928-29, there certainly was not full employment; and without a detailed study of industry, Keynes cannot know what dynamics were playing out in the United States. There is always some level of too much labor, not enough labor, good skills available, and skills lacking or unavailable. Again, different regions, industries, local regulations and taxes, populations and many other parameters affect areas and industries differently. So it is impossible for a centralized planner(s) to correctly map and manage all of these dynamics, let alone the further complexities compounded by weather, political impact, and technology changes. Central planning impacts these very negatively because it greatly impedes the natural shifts and adjustments that need to take place. Yet, Keynes comes right back trying to clarify that he believes central planning is needed to manage something which is impossible to manage. Once again confirming, as economist Friedrich Hayek has explained, Keynes is not a logical thinker. Keynes expounds that:

As 2001 to 2014 has re-illustrated, if government intervention does keep an artificial boom lingering along for an extended period of time, the inevitable adjustment – crash – is much more intense, and can cause even further intervention which causes even more painful and intense lingering of the bust – which can do more damage than the damage previously inflected.  This was seen in the 1930s, 1970s, and 2000s. Ironically, a comment on the cover of the edition of General Theory referenced for this book states that General Theory is the “Foundation of Modern-Day Economics,” which is absolutely true and painful in its execution on the Great Experiment. It has been one of the biggest factors in the deconstruction of America economically.