This, And Only This, Is Money 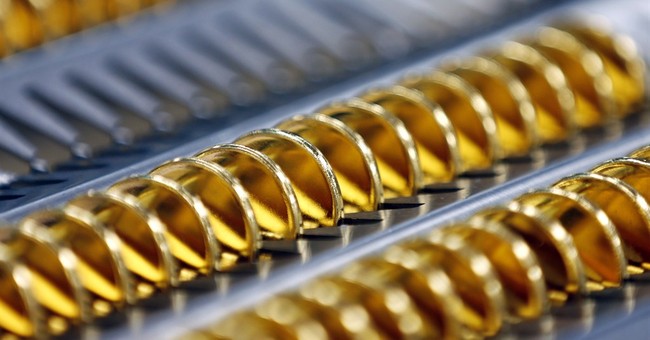 In my past two articles I referred to Training Within Industry, TWI – see here and here. and how during the WWII era TWI released a training manual on economics called the JET manual.

The later sections of the JET manual explain the function of money as simply a holding vessel of value, nothing else.  It also discusses the gold standard and money supply – or inflation.  Moreover, it warns of how government control and manipulation of the money supply creates an environment of inflation, a decrease in the value of the money, and allows government to coercively grab power from the individual.

Without the gold standard, money is worth whatever the government wants it to be worth, thus giving a government powerful control over the lives of people through being able to control the “exchange value” of their labor and savings.

History shows that every dictator had first to abolish the gold standard before he could completely control the people.

*WHEN THE MONEY SUPPLY OF ANY NATION IS CONSTITUTIONALLY

*CONTROLLED BY THE PEOPLE, GOVERNMENT MUST REMAIN THE

*SERVANT OF THE PEOPLE.

Since inflation (which means higher prices) is a very complex economic process and all of us feel its effect, it would seem that we must become students of economics science to understand fully where it starts, what feeds it, and how far it can go without wrecking us.

However, complicated as it is, it rests on a very simple principle.

*without a corresponding increase in the supply of such goods and

If this gap between the increase of money and the failure to increase goods and services is permanent, then the “inflation is permanent.”[1]

This situation describes the current condition of the economy of the United States due to the Federal Reserve and federal government.   It has destroyed a significant portion of the wealth created for the past 100 years (since around 1910).   Inflation is a hidden tax on the citizenry of America which lessens their individual freedom and increases the control and central planning ability of the government.  The 1956 Economic Training bulletin explains:

…all taxes are finally paid by the customer because the taxes are included in the price when he buys goods and services.  Every tax that a manufacturer or distributor has to pay is really a “hidden sales tax.”  Thus it is the tenant not the owner who “pays” the tax on real estate; it is the customer not the corporation who “pays” the tax on electricity.  The more you pay in taxes, the less you have for yourself.  When government collects from the people more than is necessary for the essential functions for government, there is always a temptation to spend the surplus for political purposes.  The ideal tax from the taxer’s point of view is the “hidden tax” which is designed to extract money from the customer’s pocket without him being aware of it.[2]

Inflation is a direct attack on American Exceptionalism.  “Given the Federal Reserve System and its absolute power over the nation’s money, the federal government, since 1913, must bear the complete responsibility for any inflation…The banks are virtual pawns of the government, and have been since 1913.”[3]  In essence, the Federal Reserve is a proxy tyrannical dictator of the federal government.  As Austrian economist Murray Rothbard aptly states, “the United States became more and more inflationist, both absolutely and relatively to Japan and Western Europe.  But the classical gold standard check on inflation – especially American inflation – was gone…the United States government embarked on its post-war [WWII] policy of continual monetary inflation, a policy it has pursued merrily ever since.”[4]

“Creating new money…is actually a form of tax because the added money on the market decreases the value of the money in the hands of the people.  This is the same as if a tax were imposed on them which took away part of their money.”[5]

In fact, historically, gold has been the standard for thousands of years as the currency or currency standard of civilizations and humans engaged in commerce.  Gold has proven to be the most stable when not manipulated by an existing government.  It has also been the exchange medium most favored by mankind throughout history.   Whenever governments have chosen other than gold, with a few exceptions, the manipulation of currency has resulted more frequently and with more rapid damage, which is why individuals have often used gold as the medium of exchange regardless of the another currency issued by some government.  It is ultimately “only individuals [that] choose, not societies as a whole, and whenever individuals have been free to choose, they have selected gold from amongst all market possibilities.  Fiat currency, to be sure, has been imposed on societies, but never freely chosen;”[6] as has been imposed on the United States since 1913 to much wealth destruction and financial demise.

Since money, i.e. currency, has only two primary purposes, which are essentially the same – it rests at the core of classical economic principles.  Money is 1) an exchange medium, and 2) a storage vessel of value.  These two purposes are simply variations of a single purpose; that is, “an appreciation that money is infused with value only by being received in exchange for value adding production.”[7]   Unfortunately, money is mistaken for wealth directly instead of only being a holding vessel of value to be used in exchange for actual wealth – products and services.  Murray Rothbard concurred when he wrote in 1963 that “it should be clear that all of these functions[8] are simply corollaries of the one great function: the medium of exchange.”[9]

In 1748 Charles Montesquieu wrote in regards to trade between nations the purpose of money.  “[w]hen a nation traffics with great variety of merchandise, money becomes necessary; because a metal easily carried from place to place saves great expenses which people would obliged to be at if they always proceeded by exchange…Money is a sign which represents the value of all merchandise.  Metal is taken for this sign, as being durable, because it is consumed but little by use; and because, without being destroyed, it is capable of many divisions.  A precious metal has been chosen as a sign, as being most portable.”[10]

Everything predicted by the enemies of banks, in the beginning, is now coming to pass.  We are to be ruined now by the deluge of bank paper, as we were formerly by the old Continental paper…avaricious adventurers, who, instead of employing their capital, if any they have, in manufactures, commerce, and other useful pursuits…I am an enemy to all banks discounting bills or notes for anything but coin.   But our whole country is so fascinated by this Jack-lantern wealth, that they will not stop short of its total and fatal explosion.[11]

The Federal Reserve could be simply considered an extension of the arrogance of a combination of economists, statists, and collectivists who believe “that American economists of the first rank [can manage] confidently of the ‘fine-tuning’ the economy to assure a predetermined rate of economic growth within acceptable bounds of inflation and unemployment…[or] were prepared to assert that other strategies – usually pertaining to the supply of money – could be called into play to keep the United States on the magic path of non-inflationary growth.”[12]   Essentially, the intelligent-elite were needed to “manage” the economy since producers and their customers; that is, the citizenry, were not capable of managing their economic affairs themselves.