The Theology Of The Liberty Bell 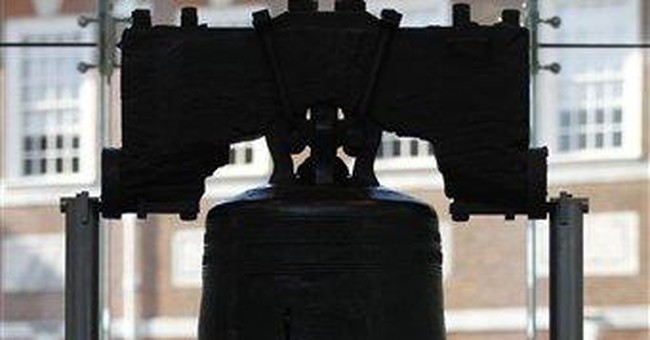 Dr. Alice Baldwin reported in 1928 that Scripture’s direct tie to the American founding and its incorporating compacts eluded historians.  She revealed, “The significance of the belief in the binding character of law upon God and man seems to have escaped many who write of the Revolutionary philosophy.  It is fundamental to any understanding of American constitutional thought.  God’s government is founded on and limited by law, and therefore, all human governments must be so founded and limited, if patterned after His.”[1]

Pope Leo XIII venerates this point writing that “laws only bind when they are in accordance with right reason, and, hence, with the eternal law of God.”[2]  Here, Leo is referencing Thomas Aquinas, when he divulges that “Human law has the character of law to the extent that it is in accord with right reason and, so understood, it clearly flows from the eternal law.”  Saint Aquinas continues, “However, to the extent that human law departs from reason, it is called ’unjust law’ (lex iniqua) and has the character not of law but of a certain sort of violence.”[3]

“Follow my decrees and be careful to obey my laws, and you will live safely in the land.  Then the land will yield its fruit, and you will eat your fill and live there in safety.”[4]  This freedom was the understanding of our Forefathers and Founding Fathers.  These laws were what built the colonies; and, in turn, were the foundation upon which the American Union was constructed.  Not freedom to do as one pleased, but freedom to live in abundance under God’s Law. Yahweh declares in Leviticus 26: 3-13, “If you walk in my statutes and observe my commandments and do them, then I will give you…”[5]  This calling is what is inscribed on the Liberty Bell.  Not liberty given man by man, but liberty bestowed upon man by God when we are obedient to His Laws and rejoicing in His Kingship by sounding the shofar (ram’s horn).[6]  Rejoice to God “and proclaim liberty throughout the land to all its inhabitants.”[7]

[6] A shofar is a Hebrew trumpet-style horn made from a ram’s horn, and symbolizing the ram God gave to Abraham to sacrifice instead of Isaac.  A purging of the tyranny of pagan beliefs and practices.