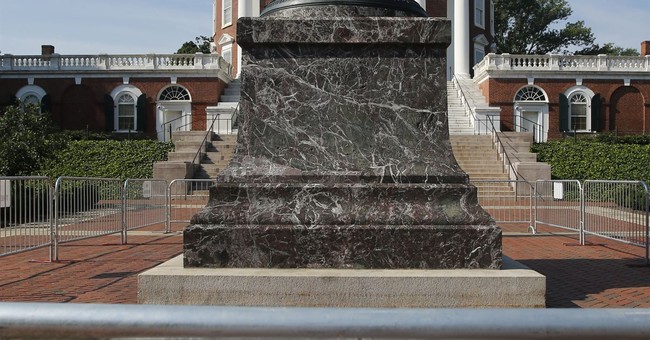 Unfortunately, the government has violated property rights on a substantial scale through laws and regulations. For example, many cities have banned smoking in restaurants even though the restaurant is private property and patrons can freely choose whether they dine at the restaurant or not.   Economist and Townhall Finance author Daniel Mitchell explains it quite effectively writing “that government should not interfere with certain personal decisions, including the freedom of employers and employees to contract freely, unfettered by labor regulations…An individual should be free to do what he wishes with his life, liberty and property so long as he does not adversely interfere with other individuals’ similar rights…Fundamentally, this is a question of property rights.  If another person owns a business, I do not have a right to interfere with his choices as to what he does with his property – so long as he does not interfere with my rights of life, liberty and property.”[1]

In the past century many “modern Americans,” writes William Watkins, Jr., of The Independent Institute, “have been ‘dupes’ in forging their own chains.”  Watkins is referencing Thomas Jefferson in his March 12, 1799 letter to Thomas Lomax when Jefferson wrote, “The body of the American people is substantially republican.  But their virtuous feelings have been played on by some facts with more fiction; they have been the dupes of artful maneuvers, and made for a moment to be willing instruments in forging chains for themselves.”[2]   Jefferson seems to be prophesizing America of the 20th century!

James Madison concurs that government cannot encroach on our right through regulation.   Madison writes, “That is not a just government, nor is property secure under it, where arbitrary restrictions, exemptions, and monopolies deny to part of its citizens that free use of their faculties, and free choice of their occupations, which not only constitute their property in the general sense of the word.” [3]

In the past century, our unfettered government has selfishly used the canard of the general welfare clause – promote the general welfare, in favor of its own interests.  For nearly a century, this phrase has been cited as permission to confiscate wealth and transfer, redistribute, it to others.  This is a gross and unholy distortion of the clause.  First, since we have an absolute, unalienable, right to our property given to us by God through Natural, or Divine, Law, the government has no right to take it; especially being that government’s sole purpose is to protect that right.  James Madison, in 1831, defines the meaning of the general welfare clause in a letter to James Robertson.  Madison writes “With respect to the words ‘general welfare,’ I have always regarded them as qualified by the detail of powers connected with them.  To take them in a literal and unlimited sense would be a metamorphosis of the Constitution into a character which there is a host of proofs was not contemplated by its creators.”[4]  Using the terms “literal” and “unlimited,” Madison terminates any argument that the federal government can confiscate our property.  “Madison, like [Alexander] Hamilton,” writes attorney and Professor Jenna Ellis, “[5]understood that the powers of government were qualified, limited, and finite.”

In The Wealth of Nations, which was written just prior to the Declaration of Independence, Adam Smith makes this direct connection between the sovereignty of one’s property and self-evident rights bestowed by God, particularly of one’s labor:

The property which every man has in his own labour, as it is the original foundation of all other property, so it is the most sacred and inviolable.  The patrimony of a poor man lies in the strength and dexterity of his hands; and to hinder him from employing this strength and dexterity in what manner he thinks proper, without injury to his neighbour, is a plain violation of this most sacred property.  It is a manifest encroachment upon the just liberty, both of the workman, and of those who might be disposed to employ him.  As it hinders the one from working at what he thinks proper, so it hinders the others from employing whom they think proper.  To judge whether he is fit to be employed, may surely be trusted to the discretion of the employers, whose interest it so much concerns.   The affected anxiety of the lawgiver, lest they should employ an improper person, is evidently as impertinent as it is oppressive.[6]

Smith referenced God using terms common in the 18th century throughout his writings nearly hundred times.[7]  In fact, Adam Smith wrote in 1759, seventeen years before The Wealth of Nations, that “By acting according to the dictates of our moral faculties, we necessarily pursue the most effectual means for promoting the happiness of mankind, and may therefore be said, in some sense, to co-operate with the Deity, and to advance as far as in our power the plan of Providence.”[8]  Here, Smith acknowledges 1) a moral underpinning is critical to economic and Providential success, 2) our best means for production is through our personal relationship with God – understanding our God-given gifts, 3) an alignment with the pursuit of happiness as a foundational right to our property of our ideas, labor, property, and self, and 4) God’s first covenant, in the book of Genesis, to His children to be productive – produce abundance as creators from resources created by our Creator.

Smith goes on to also acknowledge the validity and virtue of being obedient to God and His Laws.  “Since these, therefore, were plainly intended to be the governing principles of human nature,” declares Smith, “the rules which they prescribe are to be regarded as the commands and laws of the Deity.”[9]   Which Smith also stipulates that God “has thus set up within us,” meaning that God wrote His Law upon our hearts.[10]  As our King, Smith recognizes, God’s Laws are “those general rules which the sovereign lays down to direct the conduct of his subjects,” and abiding by His Laws He will “always reward obedience with tranquility of mind, with contentment, and self-satisfaction.”   Smith describes the Creator as “the Author of nature,” having “supreme wisdom and divine benignity,” with “his infinite wisdom.”[11]

God’s first covenant with His children, Genesis 1:28-29, not only established man as sub-creator in the image of God, but, also, established the right to property.  Being part of the original law of nature, property rights were set by God and revealed in Scripture.  “Men have a duty to respect and honor the image of God in other men,” elegantly writes Gary Amos, “and the duty to refrain from interfering with another man’s righteous effort to take dominion over the earth.”[12]

[12] Gary T. Amos, 1989, Defending the Declaration:  How the Bible and Christianity Influenced the Writing of the Declaration of Independence, (Brentwood, TN: Wolgermuth & Hyatt, Publishers, Inc.), p. 107.