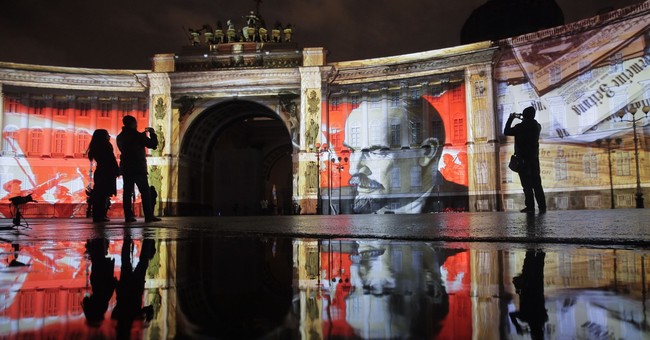 Progressives like John Dewey directly impacted the American educational system to changing and directing it toward a collectivist mindset.  John Dewey was a proponent of instilling a more liberal and progressive education.  While he championed very positive educational practices which were experienced based – hands-on, problem-solving and critical thinking – he also promoted collectivist tenants.  Dewey wrote about his contempt for individual liberty, our Founding, and Christian beliefs in his book, Liberalism and Social Action, saying that:

"The whole temper of this philosophy is individualistic in the sense in which individualism is opposed to organized social action.  It held to the primacy of the individual over the state not only in time but in moral authority.  It defined the individual in terms of liberties of thought and action already possessed by him in some mysterious ready-made fashion, and which it was the sole business of the state to safeguard….it followed that the great enemy of individual liberty was thought to be government because of its tendency to encroach upon the innate liberties of individuals.  Later liberalism inherited this conception of a natural antagonism between ruler and ruled, interpreted as a natural opposition between the individual and organized society…However, [John] Locke at times goes so far as to designate as property everything that is included in “life, liberties and estates”; the individual has property in himself and in his life and activities; property in this broad sense is that which political society should protect."[1]

In his 1897 treatise titled, My Pedagogic Creed, Dewey exposes his collectivist leanings when referencing the education of children.  His emphasis of the educational process is couched in the superiority and emphasis on the collective group.  Dewey declares that a child being educated should “conceive of himself from the standpoint of the welfare of the group to which he belongs.”  It isn’t about the individual unless the individual is properly contributing to the good of the group.  The group is the superior, and the individual is the inferior there to service the larger whole.  Dewey continues, “I believe that the child should be stimulated and controlled in his work through the life of the community.”[2]  This fundamental belief excited Dewey during his visit to the Soviet Union two decades later.

A portion of John Dewey’s collectivist worldview was impacted by his admiration of the newly formed Soviet Union’s central planning system.  Dewey with a group of educators visited the Soviet Union a little more than 10 years after the Bolshevik Revolution in the summer of 1928.   Afterwards, he wrote a series of articles describing his “impressions”[3] which were published in the November and December 1928 issues of the New Republic magazine.  Throughout the articles, it is obvious how Dewey enamored with the new society that the Marxists have constructed.  In fact, Dewey takes special note on the intersection of soviet education and its negative impact on the family structure. And he approves:

"…a most interesting sociological experimentation is taking place, the effects of which should do something to determine how far the bonds that hold the traditional family together are intrinsic and how far due to extraneous causes; and how far the family in its accustomed form in a truly socializing agency and how far a breeder of non-social interests."

Our special concern here is with the role of the schools in building up forces and factors whose natural effect is to undermine the importance and uniqueness of family life.  It is obvious to any observer that in every western country the increase of importance of public schools has been at least coincident with a relaxation of older family ties.  What is going on in Russia appears to be a planned acceleration of this process… to keep children under its charge six, eight, and ten hours per day, and in ultimate ideal (although far from present fact) this procedure is to be universal and compulsory.  When it is carried out, the effect on family life is too evident to need to be dwelt upon… Nor does the invasion of family life stop at this point in dealing with young children.  There are in contemplation summer colonies in the country, corresponding to our fresh-air homes for children from slums, in which children from these all-day “kindergarten” schools will spend a large part of the summer months… it would be too much to say that these institutions are deliberately planned with sole reference to their disintegrating effect upon family life… the Soviet authorities are trying to forestall, in deliberately planned and wholesale manner, those consequences of industrialization which in other countries have crept upon their society piece-meal and unconsciously…in fact the effect of machine industrialization has been to disintegrate the traditional family.[4]

Dewey ties the educational system with the collective benefit to society as a whole:

"The Russian educational situation is enough to convert one to the idea that only in a society based upon the coöperative principle can the ideals of educational reformers be adequately carried into operation…This report is necessarily confined to a statement of general principles: the skeleton would gain flesh and blood if space permitted an account for the multifarious threads by which the connection between the schools and cooperatively organized society is maintained.  In lieu of this accounting I can only pay my tribute to the liberating effect of active participation in social life upon the attitude of students…that afforded one of the most stimulating experiences of my life."[5]

In Dewey’s final article, he openly divulges his praise for a Marxist society and contempt for American society and an apt summary of Marxist tenets:

"The first – the “individualistic” philosophy – has enabled men to put up with the evils of the present order of things…The Marxian philosophy gave men faith and courage to challenge this régime [individualistic philosophy]…to see whether human beings can have such guarantees of security against want, illness, old-age, and for health, recreation, reasonable degree of material ease and comfort that they will not have to struggle for purely personal acquisition and accumulation, without, in short, being forced to undergo the strain of competitive struggle for personal profit.  In its ulterior reaches, it is an experiment to discover whether the familiar democratic ideals – familiar in words, at least – of liberty, equality and brotherhood will not be most completely realized in a social régime based on voluntary coöperation, on conjoint workers’ control and management of industry, with an accompanying abolition of private property as a fixed institution…that when economic security for all is secured, and when workers control industry and politics, there will be the opportunity for all to participate freely and fully in a cultivated life."[6]

Yet, Dewey’s beloved Soviet Union, in the early 1930s, would butcher 4 million Ukrainians[7] through a purposeful and systematic famine:

[O]ne particular feature of many Communist regimes – their systematic use of famine as a weapon.  The regime aimed to control the total available food supply and, with immense ingenuity, to distribute food purely on the basis of “merits” and “demerits” earned by individuals.  This policy was a recipe for creating famine on a massive scale.  Remember that in the period after 1918, only Communist countries experienced such famines, which led to the deaths of hundreds of thousands, and in some cases millions of people.[8]

Finance editor John Ransom accurately notes that statist-collectivism is a belief “in the failed religion of socialism, a religion that’s led to more intentional poverty, pestilence and death than anything yet invented out of the mind of man.”[9]

[3] John Dewey, November 14, 21, & 28 and December 5, 12, & 19, 1928, “Impressions of Soviet Russia,” New Republic.  The series subtitles are: Leningrad Gives the Clue; A Country in a State of Flux; A New World in the Making; What are the Russian Schools Doing?; New Schools for a New Era; and The Great Experiment and the Future, respectively.