The Black Spiral Of Statist Progressivism 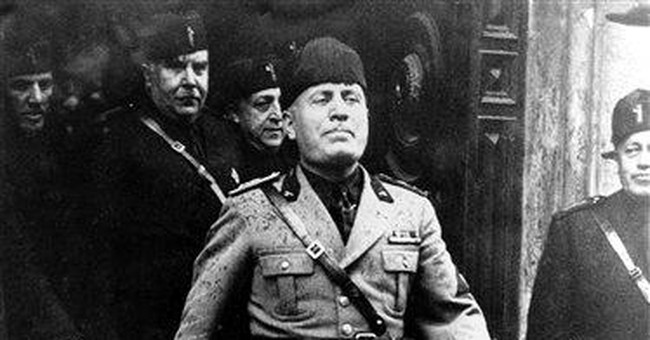 Friedrich Hayek defined progressivism and its path of progression when he spoke in Dublin, Ireland in late 1945,

“That the progressive tendency forward central control of all social processes is the inevitable result of an approach which insists that everything must be tidily planned and made to show a recognizable order, it is also true that this tendency tends to create conditions in which nothing but an all-powerful central government can preserve order and stability.”[1]

One of the major means of “approval” from our “betters,” as Thomas Sowell astutely refers to our self-appointed collectivist elites, are all of the regulations which permeate an astounding amount of activities in our lives; but, of course, this for our own protection according to the collectivist.   This is not what our Founders intended for our lives in the United States, nor what we should intend or accept for ourselves.

Unfortunately, the assurance [collectivists] people derive from this belief that the power which is exercised over economic life is a power over matters of secondary importance only, and which makes them take lightly the threat to the freedom of our economic pursuits, is altogether unwarranted.  It is largely a consequence of the erroneous belief that there are purely economic ends separate from the other ends of life.[2]

Perhaps Thomas Sowell said it best and most succinctly when he wrote,

“The more I study the history of intellectuals, the more they seem like a wrecking crew, dismantling civilization bit by bit – replacing what works with what sounds good.”[3]

In fact, Friedrich Hayek said this of collectivism and intellectuals,

“Socialism has never and nowhere been at first a working-class movement…It is a construction of theorists, deriving from certain tendencies  of abstract thought with which, for a long time, only the intellectuals were familiar.”[4]

In fact, “the notion that governments were the ultimate arbiter of resource allocation lay at the core of economic planning, leaving little room for any sort of private sector…Socialist policies that had placed government at the center of economic activity and nationalized much of the private industry were believed to be the fastest route to economic prosperity,”[5] writes Dambisa Moyo, a Zambian born, American educated economist, in her groundbreaking book, Dead Aid.  Moyo explains in great detail how the statist view and actions of the West in Africa has perpetuated its poverty and destitution.

Moyo writes that the West – in believing it knows what’s best for the African nations and that its managing of their wealth distribution (which comes from each American citizen’s pocket through taxes) is what is best for them – structured aid in the form of loans to help cover Africa’s debt, already due to financial aid.

“The West “specifically [lent] money to defaulting [African] nations to help them repay what they owed.   Necessary though this was, the end result only served to increase poor countries’ aid-dependence and put them deeper in debt.  This intervention was called restructuring, but in reality it was merely a reincarnation of the aid model.”[6]

As with any centrally planned model, “Even when aid has not been stolen, it has been unproductive,”[7] which is always the case in a planned economy, even when planned from afar.  This is because, as Moyo writes,

"Fewer entrepreneurs (domestic or foreign) will risk their money in business ventures where corrupt officials can lay claim to its proceeds, so investment  stagnates, and falling investment kills off growth.”[8]

Statist planning always creates a failed state, and in the case of Africa, many failed nations.  The West’s aid model has not followed the biblical view of productivity and individual sovereignty, therefore creating a “Dark Continent” at the massive waste of American’s confiscated property (money).  Moyo rightfully and tragically concludes, “African countries had been reduced to a state of near destitution and renewed dependency.”[9]

The purpose of legislation was not “to allow politicians to claim they were fighting for the average Joe while they doled out benefits to organizations with political clout… who were failing to compete with successful businesses that were growing rapidly and lowering prices.”[10]  But this practice has become standard procedure for congressional members at all levels of the economy and from legislation and taxation schemes.  This is wealth redistribution and economic favoritism, and legislative and behavioral disdain for America.  “I don’t believe Washington is the answer,” revealed President Ronald Reagan, “I think Washington is the problem.  Big Government makes small people, and what we need is big people making Government smaller.”[11]

Reagan reported in 1978 that “[d]uring the New Deal days [the Roosevelt administration], an under-secretary of the treasury wrote a book in which he said that taxes can serve a higher purpose than just raising revenue.  He said they could be an instrument of social and economic control [social justice] to redistribute the wealth and income and to penalize particular industries and economic groups.”[12]  That is exactly what the Roosevelt administration did with devastating results to the economy.  The New Deal “was so patently self-defeating that it’s hard to believe anyone seriously believed it would work,” writes economist Robert Higgs.[13]

Today this is known as the Great Depression.  In fact, accounting historians consider that there was a “subsequent regression in thought and technique brought on by the Great Depression and FDR’s New Deal legislation.”[14]  Ronald Reagan told us that “[f]ascism was really the basis for the New Deal.  It was Mussolini’s success in Italy, with his government-directed economy, that led to the early New Dealers to say, ‘But Mussolini keeps the trains running on time.’”[15]  In fact, Roosevelt’s mother, a devoted supporter of Mussolini, gave Franklin a signed copy of Mussolini’s The Corporate State, and Hugh Johnson, head of the National Recovery Administration under FDR, heavily references Mussolini’s ideas in his autobiography.[16]  Roosevelt spent nearly eight years serving as the Assistant Secretary of the Navy from 1913 to 1920 where he came in direct contact with costing methods.  In fact, it is reported that “FDR came into heavy contact with the use, and abuse, of “cost” in cost-plus government contracts.”[17]  Roosevelt would put this knowledge to malevolent use, during his administration’s direct intervention into the economy under the NIRA and NRA, to wield great and permanent damage to the economy.[18]  As James Warburg, the former member of FDR’s Brian Trust would opine “the whole gigantic NRA fiasco.”[19]

Economist and researcher, Dr. Richard Vedder,[20] explains clearly that for, “the Great Depression, there was no need for there to be this decade of mass suffering.  It was a consequence of massive government intervention in the economy.  It is a tragic human drama and ought to be taught that way.”[21]

[14] C.J. McNair and Richard Vangermeersch, 1998, Total Capacity Management: Optimizing at the Operational, Tactical, and Strategic Levels, (Boca Raton, FL: St Lucie Press, The IMA Foundation for Applied Research, Inc.), p. 148. For a more detailed account on the Roosevelt administration’s and the NIRA’s assault on accounting practices and accounting history in the United States see the section “The Blue Eagle Soars” pages 174 to 187.

[20] Richard K. Vedder, PhD, is an economics professor at Ohio University and not only an economics scholar; he has also researched and written extensively on economic history in the United States.