America Was Supposed To Be A City Of God, Now It’s A City Of Man 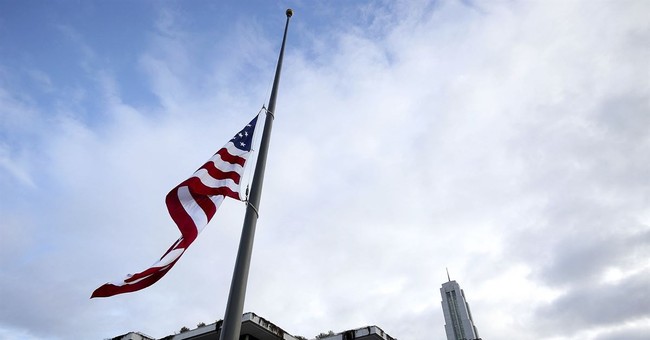 The Shining City upon the Hill is very well a manifestation of St. Augustine’s City of God.  The origination of the Shining City was to be the City of God; this was the vision John Winthrop portrayed in his sermon on the Arbella.  It is also the vision portrayed by our Forefathers as the Colonial pastors articulated from their pulpits that a righteous civil government was one modeled after the Ancient Hebrews in the Sinai Desert.[1]  This vision of the City of God was finally manifested by our Founding Fathers into the Compact [Declaration of Independence and Constitution] which formed the United Sates of American; the Shining City upon the Hill, which set its moral foundation upon the Laws of Nature and of Nature’s God.

Over twelve hundred years previously, St. Augustine articulated the same expectation as John Winthrop did in 1630: man must uphold to live in a virtuous, righteous, and just society.  Contrasting the City of God (the Shining City) with the city of man, which had been nearly the entire history of man, St Augustine wrote that in the city of man “The earthly by the love of self, even to the contempt of God.” Then he replied about the City of God, “the heavenly by the love of God, even to the contempt of self.”  This is exactly why William Bradford and the Pilgrims, John Winthrop and the Puritans, our Forefathers, and our Founding Fathers understood they were forming something utterly unique in history.  St Augustine concluded stating, “The former [city of man], in a word, glorifies in itself, the latter [City of God] in the Lord.  For the one seeks glory of men; but the greatest glory of the other is God.”[2]  The Shining City is at the crossroad of the city of man or the City of God.  It was set to be the City of God, the Shining City, by our Forefathers and Founding Fathers, but it has tragically shifted toward becoming a city of man.

The puritans who came to the shores of the New World saw themselves in a biblical context; as the Israelites crossing the Red Sea, the puritans crossed the Atlantic to escape tyranny and establish a covenant with God.  “They were moved by the vision of establishing a redemptive community of God’s chosen people in the New World,” explains Colonial historian Jack Greene. “They saw themselves as a special group joined in a binding covenant with God and sent by Him into the wilderness.”  This directly correlates with Roger Williams’ statement in regards to separating a garden from the wilderness, in which the puritans believed they were to creating a Godly garden from the wilderness which God had sent them in covenant.  Dr. Greene discloses, that their mission “was to establish the true Christian commonwealth that would thenceforth serve as a model for the rest of the Christian world.”[3]  They would be, as John Winthrop declared, the City upon the Hill shining God’s glory throughout the world.

As did the Ancient Israelites, we have also transgressed; our Forefathers and Founding Fathers set to establish the City of God in the wilderness, just as the Ancient Hebrews did in the wilderness of the Sinai Dessert.  And, as did the Ancient Israelites, we forsook our King and abandoned the righteousness, virtue, and justice that His Providence set forth for us.  Similarly, we, as they, deserted our happiness, our obedience to His Laws and His self-governance, for our own vision of virtue.  Moses gathered his people and told the Israelites, “God has received me graciously.  O Hebrews, as he has formerly done; and has suggested a happy method of living for you, and an order of political government, and is now present in the camp.”[4]  God has done the same for We the People of the Shining City: America.  Will we continue to turn from Him, as did the Ancient Hebrews, and suffer; or turn back to Him and receive His glory as He has blessed us for our obedience?