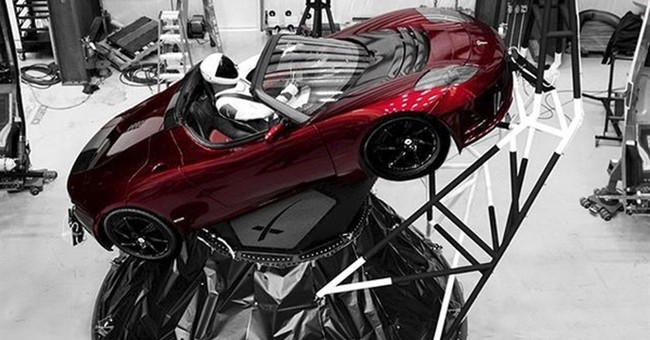 Tesla, the innovative car company of Elon Musk, is often looked at as a masterpiece. It is actually a masterpiece of failure. The car itself is truly an innovative mechanism of advanced design and performance with a quite impressive and sleek look.  However, its impressiveness ends there.

In order to be successful, any product, regardless of its performance and technology advancements, must meet the economic test. It must be manufacturable at a price-point which both moves it in the market, and returns revenue to cover its cost of capital. In this area, Tesla is a complete economic failure.

This failure first came to my attention a number of years ago when a friend posted a video of Tesla’s manufacturing operation. It's a very high-tech automation and looked very impressive. My friend was very impressed with it. I soon brought him down to reality. I told him it not only was a disaster, but I also told him why.

While the high-tech automation is very impressive – I am an engineer so I certainly appreciate the complexity and striking view of a highly automated factory – it actually illustrates extraordinarily bad business decision-making. In a recent Forbes article, it noted that Musk made the bold comment that Tesla would “out Toyota-Toyota when it comes to lean manufacturing.”[1] Good luck on that one. Tesla is not even making good business and capital expense decisions, let alone any remote understanding of executing and managing a version of a lean business model.

Jeff Liker, professor of emeritus of the University of Michigan’s engineering school and one of the most noted researchers and writers on the Toyota business model, notes that Tesla “has struggled to manufacture their stunningly-designed (though not designed for manufacturability) vehicles with a high degree of quality.”[2] Dr. Liker’s comments on Tesla’s issues are substantiated by NBC News siting Tesla’s recent recall and dramatic drop in stock price. According to NBC News, Tesla has recalled half of the cars it has ever built.[3]

Why the failure? There are many reasons as noted by the articles and Dr. Liker above. It mostly rests on the complete lack of economic understanding. I have written previously in Human Productivity: The Original Covenant with God that productivity is the most fundamental foundation to economic success. This is exactly where Tesla utterly fumbled the ball. It is not only productivity of human actions and behavior, but also the productivity of capital which is nothing more than abundance of human action collected and stored in money, finance, or hard capital, like machines and equipment. The productivity of this capital must also be honored because it is still honoring humans – God’s favorite creation. Productivity, which produces ample return on capital, is absolutely necessary for any product (or service) to be a success. Tesla fails in this year after year.

Tesla continues to lose money even with the government giving them massive favors. The government not only subsidizes them with millions of dollars injected into their operation, but they also give purchasers of their cars $7500 income tax credit in all 50 states. [4] I wish the government favored my business! (Not really.)

The entire sad (and very costly) story circles back to what I noticed several years ago when my friend posted the video of Tesla’s manufacturing operation; massive misallocated capital expenditures which will never give a return since the volumes and productivity necessary are completely missing. I know this from personal experience since as a manufacturing engineer, I have designed, built, installed, and operated manufacturing systems. From my experience I understand the care and knowledge of productive operations required to meet a return on capital investment.

Generally, the most productive plants are not high-tech. They are designed for value using the minimal capital outlay for the appropriate market demand, and for producing the highest quality with a focus on the humans required to operate, improve, and maintain such a system. This is essentially the system Toyota has been so effective in developing and operating, and not the system Tesla has or is working toward.

Toyota’s system is a continued manifestation of the early Ford system developed and operated at its Highland Park Plant in the early 20th century, which was a development of the lessons from the American Industrial Revolution (see here, here and here).

Until Tesla honors these principles – good economics of productivity and capital – it will remain a dying organization while also slaughtering Americans hard earned property through damaging subsidies.

[3] Paul A. Eisenstein, March 30, 2018, “Tesla recalls almost half the cars it ever built, as shares tank and Musk’s billions shrink,” nbcnews.com, [https://www.nbcnews.com/business/autos/tesla-recalls-almost-half-cars-it-ever-built-shares-tank-n861421].