How Going Online-Only Is Saving Retail Brands From Going Under 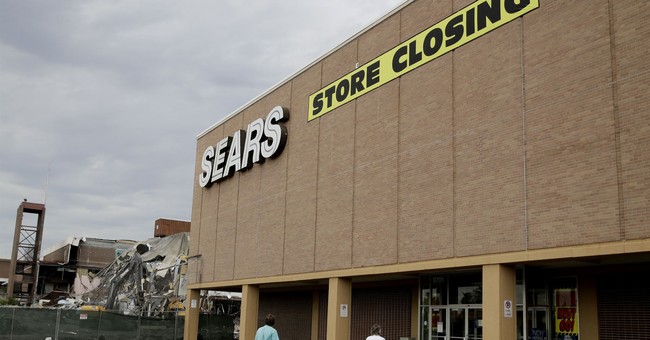 Ecommerce has enjoyed the silver lining in the COVID-19 storm, but it’s a storm that sank many beloved, long-established retail brands. The ecommerce market is predicted to have grown by 16.5% by the time 2020 is complete, while fears of infection and government restrictions that shuttered brick and mortar stores pushed consumers away from in-store shopping and towards online purchases.

The shift online is likely to persist. Once first-time online shoppers have learned how the process works and created accounts with preferred stores, they’re far more likely to continue. An Accenture study predicts a 169% rise in ecommerce purchases after the pandemic ends, just from new or low-frequency shoppers.

Retail brands, meanwhile, are dropping like flies. The list is long and includes mainstays: J.C. Penney, Brooks Brothers, Lucky Brand, GNC. The phenomenon is hardly restricted to the US alone. In the UK, fashion stalwarts like TopShop and Debenhams have declared bankruptcy. Many more brands are hovering on the brink.

The collapse of the retail market should concern everybody, even if you’re not a fashionista. There’s a real risk that this could start a domino effect that brings down the rest of the economy, especially when you remember that major banks hold $1.3 trillion in corporate debt from the consumer products sector alone. If the retail sector fails, the banks could follow.

So there’s good reason to follow the trend of ecommerce coming to save retail. While some brands are pivoting to increase online sales or move online-only, others that have been forced to bankruptcy have been bought out by digital-native owners who are building new online-focused retail empires.

The ‘Retail Apocalypse’ Was a Long Time Coming

It would be unfair to blame the collapse of retail solely on COVID-19. The writing was on the wall, and it was just a question of when and how it would all happen. The slow death of malls began as far back as 2002.

Retail brands shut their eyes to changes in consumer demand, like adding payment options and increasing online discoverability. The costs of land use, energy and staffing remained high, profits were dwindling, but retail brands didn’t respond.

Bobby Stephens, a partner at Deloitte Digital, says that “no deliberate change becomes a disruptive force overnight. E-commerce, the impact of mobile technology, the growing power of the consumer, competition from startups, the rise of new business models all impacted the industry, but none appeared so quickly that they blindsided the stakeholders—at least not if they were paying attention.”

Indeed, as Stephens concludes, the survival of retail hinges on vision and agility: “The bigger challenge isn’t in identifying change, it’s the glacial speed at which most organizations are able to respond to it.”

These once powerful companies have paid the price for their glacial response to change. The next question is how to recover from it.

Lopez and Mehr Leading the Resurrection of Retail Brands

A holding company from entrepreneurs Tai Lopez and Alex Mehr, Retail Ecommerce Ventures (REV) is proving to play a big role in the move towards recovery. REV has been acquiring distressed retail brands and working to revive them with digital-only sales.

For example, REV recently bought all the assets of sporting goods brand Modell’s for $3.64 million, including the jingle, trademarks and domain name. This follows their purchase of Pier 1 imports and the Dressbarn.

Lopez and Mehr see the potential of these brands, which have strong reputations but simply couldn’t compete in the digital space. “I’m not sure all the old guard will be able to handle the new world,” Lopez told Forbes.

At the same time, Mehr and Lopez know the value of trust in ecommerce, where people are wary of fraud and nervous about sharing details with unknown firms. “By buying Modell’s, the real value we’re paying for is that little bit of trust where people go ‘Yeah, I’ll put my credit card in on that web site because I’ve heard of Modell’s, my Grandpa went there,’” Lopez notes.

REV already owns two warehouses for fulfilment purposes, and it’s planning a multichannel, blended sales strategy that includes social media and marketplaces like Amazon and Walmart, which many retailers have shunned through belief that it could sully their brands.

Traditional Retailers Should Look Before They Leap Online

Mehr and Lopez are not alone in their strategy. The SPARC Group plans to close over two-thirds of Brooks Brothers’s online stores after purchasing the brand in August. In the hopes of staving off collapse, retailers like Gap and Zara are closing many of their physical stores in favor of increasing their online presence. Gap shares rose 14% after it announced the closure of 350 branches.

But experts are advising caution. The real solution isn’t a mass dive online, they warn, but the right blend of omnichannel. Consumers prize convenience above all, and while online shopping is appreciated for price comparison and product discovery, the ability to return or exchange products in a nearby store is an important part of the customer experience.

Consumers often search the web for brands with local branches before making an online purchase, knowing they can return in-store with ease. The “buy online, pickup in-store” (BOPIS) model is likewise seeing unprecedented growth this year.

Zara seems to understand this, announcing a $1.7 billion investment in improving integration between its physical stores and online platform. “The overriding goal between now and 2022 is to speed up full implementation of our integrated store concept, driven by the notion of being able to offer our customers uninterrupted service no matter where they find themselves, on any device and at any time of the day," said Pablo Isla, the company’s CEO.

Despite Mehr and Lopez’s stated goal of rebuilding Modell’s, Pier 1 and other retailers as primarily online brands, they acknowledge that brick-and-mortar retail will continue to play a role. The pair isn’t ruling out an eventual return to offline retail, but they feel the need to build up their brands’ digital presences first, seeing ecommerce as the most important player in retail success.

Retail brands are dying a long slow death that could bring on a new depression, but the belated shift online could rescue the retail sector. On the other hand, rushing online without consideration for omnichannel shopping experiences could be equally disastrous.

Savvy entrepreneurs are rebuilding blended retail empires encompassing both online and offline outlets that could be the salvation not just of retail, but of the global economy as a whole.