Why I’m Predicting A Global Cryptocurrency Trading Recovery In 2020 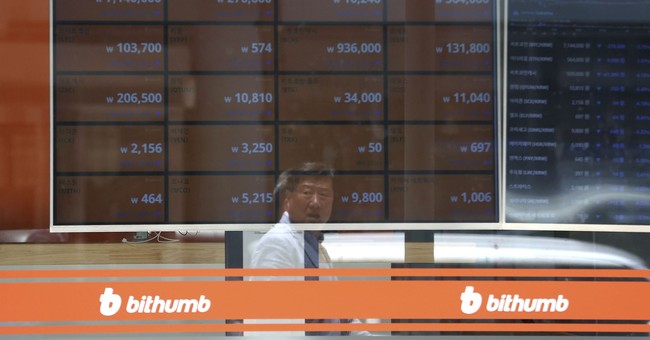 To understand the moment that the global crypto ecosystem is in right now, you need to look back at least three years. In December 2017, bitcoin reached its highest-ever price of $19,783.06, but 2018 saw the bitcoin crash, with rates dropping all year long, to $3,300 in December 2018.

To the naysayers, this meant that the great crypto experiment was over, but savvier financial analysts weren’t so quick to write it off, and 2019 proved them right. Financial events in the past year showed that what happened in 2018 was just the natural cooling-off of a hot craze.

Here are the key events of 2019 that I see as offering cautious hope for crypto in 2020.

The current and concerning rise of global instability has a cryptocurrency lining. In unreliable economies, crypto is trusted far more than the local currency.

Just look at the Venezuelans, who spent 2019 ditching their own currency, the bolivar, in favor of bitcoin. Hyperinflation made bolivars essentially worthless, and cryptocurrencies allowed locals to exchange their native currency for foreign currencies with ease, which was important when conversion brokers wouldn’t touch the bolivar with a bargepole.

I see signs of the same thing happening now in Iran. The global price of bitcoin jumped after the assassination of Qassem Soleimani, and I predict that we’ll see Iranians hopping on board the crypto ship in large numbers.

One more factor in the rise of crypto is increasing distrust of elites. Coins have a significant advantage in that they’re fully independent of the control of any government or central bank, which is a big plus for anyone who doesn’t trust Big Banking.

It’s obvious in dictatorships like Venezuela and Iran, where the population wants to prevent the government from having any influence over their money, but I also see this distrust bubbling up in the US and across Europe. Anyone who doesn’t believe that their central or local bank has their best interests at heart will be all the more likely to convert their nest egg into crypto and keep it locked in a digital wallet where no banker can get their hands on it.

It’s the safer and more transportable equivalent of keeping your money in a sack under the mattress, and it thrives when people feel uncertain about their financial leadership.

Security Issues Are Still a Concern

2019 brought setbacks for the crypto economy which showed that the system is still maturing. It was early January when Ethereum Classic announced that their network had been breached by hackers, costing it the equivalent of over $1 million.

Then May brought the news that cyber thieves had hacked into Binance, one of the world’s biggest cryptocurrency exchanges, and stolen over $40 million worth of bitcoin.

In my opinion, this won’t hold crypto back significantly. It’s more of a vital wake-up call to anyone who isn’t securing their wallets properly.

The market will only truly open up when disparate blockchain networks can easily push data to one another seamlessly.

Interoperability is currently the goal of cryptocurrency, and I see positive signs that we’re getting there. For a start, 2019 brought a new burst of crypto trading platforms, including some that support trading in crypto futures derivatives; open applications that will give you a quick loan using ethereum or BAT as collateral; stablecoin that can be used as a medium of exchange; and non-custodial exchanges that permit you to earn interest by loaning out your cryptocurrency without the risk of custody funds.

2019 also brought a new wave of crypto wallets that combine better UX with improved security. Up till now, you’ve had to choose between a smooth and intuitive UX or a high censorship resistance, but 2019 finally saw the emergence of wallets that offer both. At last.

Finally, the past year saw a number of teams working on improving crypto infrastructure with the ultimate goal of token and contract interoperability. Although they haven’t yet borne fruit, these projects show great potential, and I look forward to seeing noteworthy gains in 2020.

Government Regulations Have Had a Mixed Impact

The last year brought both good news and bad news for crypto on the regulatory front. First, the bad news: Facebook’s long-awaited crypto project Libra was torpedoed by the FCS in the US.

But the good news is that in the UK, the FCA decided that it would not be regulating bitcoin or ethereum, supporting the open trade of both those cryptocurrencies.

Across the globe in India, the parliament delayed a sitting to discuss the “Banning of Cryptocurrency & Regulation of Official Digital Currencies” bill, which would completely forbid crypto use in the country. It’s my view that this postponement is a sign that the parliament is rethinking a ban and will eventually choose not to pass it.

What’s more, a number of countries (and social networks beyond Facebook) announced work on their own crypto offerings in 2019, including China, Russia and Sweden. Even if most of these projects don’t succeed, the announcements raise the profile of crypto and shows promise within the platform as a whole.

Crypto May Be Down, but It’s Not Out

Between the impact of global instability and rising distrust of elites, the maturation of infrastructure, the gradual easing of government regulations, and an improved security situation following serious breaches, I see every reason to expect that crypto will continue to rally in 2020. Although crypto suffered in 2018, 2019 showed that it was down, but not out.

COVID Lockdowns Are Winding Down In Some Democratic-run States. Here's Why.