Is The Christmas Spending Binge Good Or Bad? 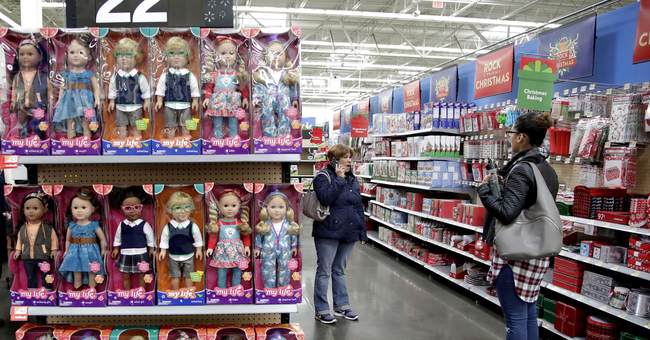 If you’ve been half-following the news recently, you’ll have noticed that the global economy is going through more than just a rocky patch. Financial papers report that the world is teetering on the brink of recession. Global borrowing is stratospheric, and interest rates can’t go much lower.

In early November, Kristalina Georgieva, the head of the IMF, gave a talk in Washington where she announced that global debt has reached an all-time high of $188 trillion, or 230% of global output. While public debt makes up over a third of that figure, with debt levels in advanced economies like the US at levels unseen since the Second World War, private debt still accounts for the majority of what the world owes.

Thanks to trade wars between the US and China, the impact of Iranian aggression and Syrian instability on oil prices, and the uncertainty of Brexit talks in the UK and the EU, the global economy is deeply unstable. Corporate profits are stagnating, and are expected to dip soon under the impact of US-China trade wars.

Meanwhile, interest levels are low and expected to remain so for the foreseeable future. Central banks keep on cutting rates, but they don’t have much further to go before they hit rock bottom.

Low interest rates encourage everyone, on an individual, household, and national level, to keep taking on more debt, which is all well and good, as long as interest rates remain low. The trouble is, of course, that if – or, more likely, when – the economy worsens still further, the Fed and other central banks won’t be able to lower interest rates any more, kicking off the long-dreaded recession.

This is the backdrop as we wrap up Q4 and prepare for earnings reports to drop. If there’s a bright spark anywhere, it’s the holiday shopping season.

Does Q4 have the potential to rescue investor confidence?

Over the last year, we’ve seen credit jump, and credit card debt jump even higher. It’s likely that once we’ve tallied it all up, the Q4 shopping binge will equal or exceed that of July 2019, when credit rose $23.3 billion. In winter 2019/20, families are stretching their credit limits to the max to get hold of this year’s must-haves.

Looking on the bright side, healthy levels of consumer spending could be the kick up the backside that the economy needs to get it going again. It both expresses and spurns a reassuring level of consumer confidence. As we all know, when money moves around the economy, it raises public confidence and increases their willingness to spend, fueling an economic uptick that eventually trickles back down to consumers themselves.

As Georgieva noted, there’s a positive side to high levels of borrowing. It can create a welcoming business environment. If some of the money spent on holiday gifts, clothing, and food ends up in new and growing businesses, it can stimulate the economy and keep stock markets high, effectively preventing a recession.

Holiday shopping must be done responsibly

On the other hand, high consumer spending needs to be done responsibly. We’ve often seen that today’s consumers, most of whom grew up on high credit limits and a culture of instant gratification, don’t know how to set limits for themselves. The shoppers of 2019 have poor self control when it comes to items they can’t afford. If consumers get carried away by low interest rates, high credit limits, and easy repayment terms, they could easily end up taking on more debt than they can service.

Irresponsible spending in the 2019 shopping season could just kick the can of economic downturn further along the street. Consumers who assume that interest rates will remain low forever will quickly find themselves crushed when rates rise. A wave of defaulted debt will only worsen the economy, and it could bring on a full recession.

Credit card issuers and financial institutions need to step up to help prevent this disaster. In her speech, Georgieva asked, “How can we avoid this reckless risk-taking? Can we tame the private credit cycle?” She calls on lenders to take responsibility for assessing the impact of new loans on the borrower’s debt position, before extending credit or offering a new credit card.

Store cards bear a significant share of the guilt here. Interest rates for store cards have risen over the past year, even though the prime rate has fallen. Store cards tempt shoppers with big discounts on their bill if they sign up to a card at the checkout, and hide high interest rates in the fine print, which goes unread by all too many people.

It’s very important for banks, credit unions, credit card companies, and financial institutions in general to do their best to help consumers not to overstep their limits in terms of shopping and debt during the holiday season. They need to protect consumers’ credit ratings through secured credit cards, which reduce the chances of overspending and strengthen individual credit scores, as well as by offering low-interest credit cards and 0% balance transfer deals.

With the right attitude towards credit and spending, Q4 2019 could be a celebration of responsible consumer shopping that pushes the economy back on track for 2020. But if banks and credit card companies prioritize short-term profits over long-term economic health and growth, the purchases of 2019 could sow the seeds of a crash in 2020.