Extreme Poverty Is Rising In This African Nation, Here’s What It Should Do 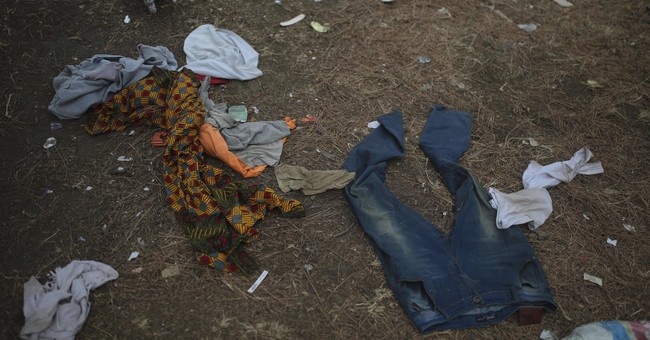 Between fertile farmland, vast mineral deposits, and commodities such as oil, there is no shortage of natural resources within Angola’s borders.  Yet, despite these untold riches, opportunity has not translated to positive economic momentum.  Figures compiled by Oxford University as part of the Global Multidimensional Poverty Index show that as of 2016, 48% of the country’s inhabitants were categorized as poor.  Although a significant advance since the comparable figure was compiled in 2001, when 77% of the population was deemed multidimensionally poor, beginning in late 2017, extreme poverty began to climb again.

Although it's vastly more prosperous than many other countries in the continent given its ample resources, Angola ranked 121 out of 189 in terms of GDP per capita globally at the end of 2018 after economic activity fell precipitously over the prior few years. Moreover, the pressures facing the country are deepening as Angola struggles on multiple economic fronts including employment and inflation. Considering efforts to fight corruption and build infrastructure have fallen short, the economy has lurched into even greater chaos since João Lourenço took over the reins of the government in 2017.

A Clear and Present Danger

The Angolan economy is facing a struggle for its survival as the nation faces high unemployment and high inflation (stagflation) amid low GDP growth and falling oil revenues.  Unemployment has spiked to 29% as of the end of the second quarter of 2019 while inflation in August was recorded at an annualized pace of 17.5%. Despite its vast natural resources, little is being done to capitalize on them mostly due to a lack of infrastructure, but also due to lack of reinvestment. However, these overhanging infrastructure factors are just one source of the acute catastrophes facing Angola.

The economic challenges are clearly evident from gross domestic product falling nearly 40% in 4 years, highlighting the formidable task facing the government as it tries to steer the economy away from disaster. One of the primary drivers behind this striking decline in economic activity is related to falling oil production. The second-largest sub-Saharan oil producer after Nigeria, Angola’s oil production continues to slide, falling from above 2.0 million barrels per day in 2010 to just over 1.3 million per day in August 2019.

Nevertheless, new initiatives designed to improve the country’s attractiveness for foreign capital are starting to show results.  The government has begun making progress by embarking on a privatization program of state-owned assets. Moreover, President Lourenço is eagerly working to bring more capital to the oil and gas industry on which the economy has long been dependent through his 2018-2022 National Development Plan.  Part of this plan revolves around increasing reserves and production to offset the declines witnessed over the last few years with tenders for new oil concessions.  Still, this focus ignores the critical elephant in the room: infrastructure.

Rolling Out the Red Carpet to Foreign Investors

Poor infrastructure remains one of the most inhibiting factors preventing greater economic momentum in Angola. This critical infrastructure issue is echoed across sub-Saharan Africa and as a report by Deloitte highlights, stands out as one of the primary challenges facing greater regional development. A lack of consistent access to roads, water, and electricity contributed to reduced economic momentum, and translated into substantial business losses. For a resource-rich nation like Angola, these impediments are significant in preventing exports and greater access to other potential regional trading partners that could benefit from its hydrocarbon reserves and minerals.

For the Angolan government, the infrastructure matter represents one of the biggest areas for improvement and development. To see the benefit of foreign investment in the country, skeptics need look no further than the Capanda Dam constructed in conjunction with Russia.  Although the project faced many setbacks, since completion, it has been a major source of the country’s power. Since then, more projects have also come online and been approved, including the Caculo Cabaça Dam currently under construction by a Chinese company and Laúca Dam which is gradually bringing more turbines online.

Together, these projects will help harness the economy’s immense potential by simply making power more accessible.  Yet, more must be done if the country intends to lift more people out of poverty and restore economic growth. Beyond the government’s role in attracting greater foreign investment, leading Angolan businesswoman, Isabel dos Santos, has also embarked on a mission to attract foreign interest, specifically from Russia and China, to drive greater capital investment towards the struggling economy.

One of dos Santos primary references is the Capanda Dam success story, however, she is calling on Russia to take a larger role, especially given the outsized presence of Chinese and Indian investments flooding into the continent to the tune of $120 billion and $80 billion, respectively. Her recent comments at the International Economic Forum held in St. Petersburg in June also highlighted how regional economic activity could improve as a function of expanded infrastructure investment.

Additional overtures are being made to China as President Lourenço and Ambassador João dos Santos make the case for more investment to the nation’s mining industry to capitalize on vast mineral deposits. Still, the business environment will have to be more accommodating towards foreign firms, especially given the country’s struggles to contain corruption. Even so, in another sign of changing times, Angola’s ambitious plans to restore growth have even caught the attention of none other than US President Donald Trump. Trump has promoted building a more favorable business environment to woo American expertise and capital by fighting corruption and focusing on diversification.

With cap in hand, Angola will have to make some serious concessions to attract the growth capital it so desperately requires, but its success in drawing the attention of major global leaders indicates that headway is being made. Nevertheless, until companies sign on the dotted line to fulfill the nation’s turnaround ambitions and support infrastructure investment, Angola’s growth prospects will be undeniably limited.

Despite the disheartening economic backdrop, Angola has immense potential to become a leading African economy. Pursuant to this notion, the nation’s leaders are in frantic search of a foreign capital infusion, making overtures to the globe’s leading economies as it seeks to reverse falling fortunes. However, to truly open itself up to greater capital flow, the country must make headway in building a favorable platform for businesses by spurring greater infrastructure investment and diminishing the corruption that has for decades reduced the country’s prospects.

Absent substantive progress in these areas, foreign capital maybe hesitant to take the plunge needed to restore the Angola’s economy and promote a more vibrant outlook across the region.